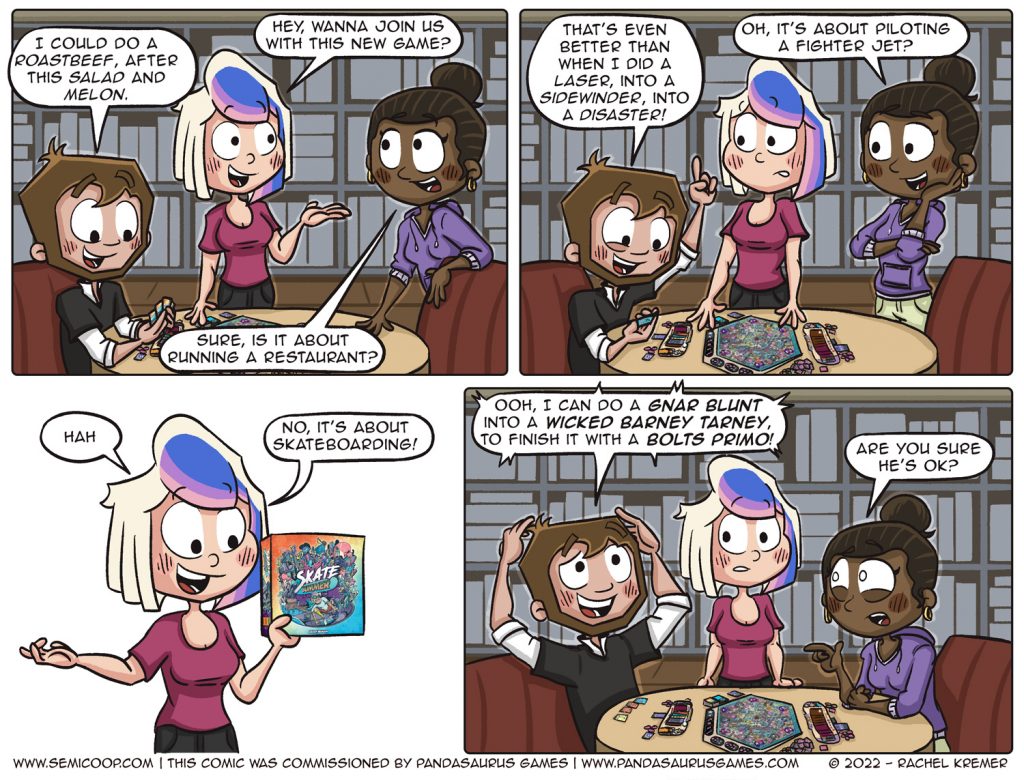 Have you ever dreamt of being a Pro Skater? Did you devour the Tony Hawk video games when you were younger? Well, then Skate Summer may be the game for you! This skating board game is live on Kickstarter NOW through February 11!

Prove yourself as a Pro Skater, by playing trick after trick, trying not to bail. But the longer you stay on your board, the harder it is to keep your balance! Leave your mark around the board, collecting secret tapes, S-K-A-T-E-R letters, and more!

The object of Skate Summer is to score the most points by doing trick combos, collecting goal tokens, and visiting S-K-A-T-E-R locations. The game is played in rounds. Each round has the following phases:

1. COMBOS: Players simultaneously play trick cards, earn rewards, and roll dice to check their balance.
2. SKILLS & POINTS: Players simultaneously improve their skills and score points for combos.
3. MOVES: Players take turns navigating the park, picking up goals and gear.
4. ROUND END: Each player resets their board and draws up to their hand size, then the “Pro Skater” first player marker passes to the left.

If any player’s score has hit or passed the endgame token at the end of the round, the game ends and players count up their endgame points. The player with the highest score wins!

Back the campaign today! 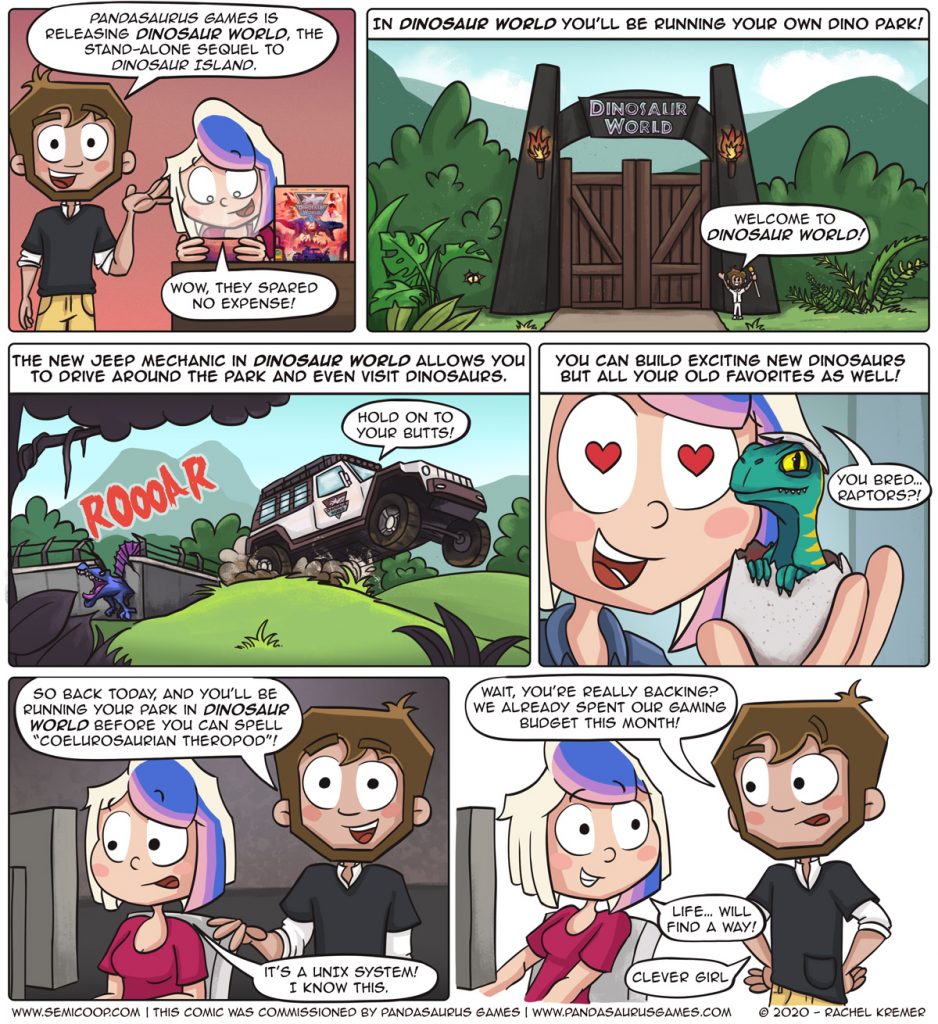 Hey y’all! Pandasaurus Games here. We are so excited to be a part of today’s comic featuring Dinosaur World (Live on Kickstarter now!!)!

As for gameplay, it’s a bit heavier and more puzzle-y than Dino Island. There are a few new mechanics that add to this. One big change is the change to hex tiles for all of the Attractions and Dino Pens. Now, where you place your buildings matters a whole lot more, especially considering the addition of the Jeep Tour phase.

During this phase, players will drive their Jeeple around their park, activating Attractions and Dinos they visit. Of course, guests always like to see the latest and greatest, so tiles generate less excitement each time you visit time, sometimes even causing you to pay excitement! This all comes together to create a thinky game that feels unique, but with a lot of homages to everything players loved about Dino Island.

We can’t forget Dinosaur Island: Rawr ‘n Write either! As part of this same Kickstarter campaign, we have made revealed a roll-and-write inspired by Dino Island. Follow the similar phases of game play, chain combos, and manage your threat level in this new standalone game!

Rachel and Heinze have featured the Dinosaur Island games many times over the years, each time taking us on new adventures! When we started planning for the Kickstarter launch, it was a no brainer to loop them in. We hope you enjoy the comic and the Kickstarter. We’d love to see you in the comments section if you end up backing!