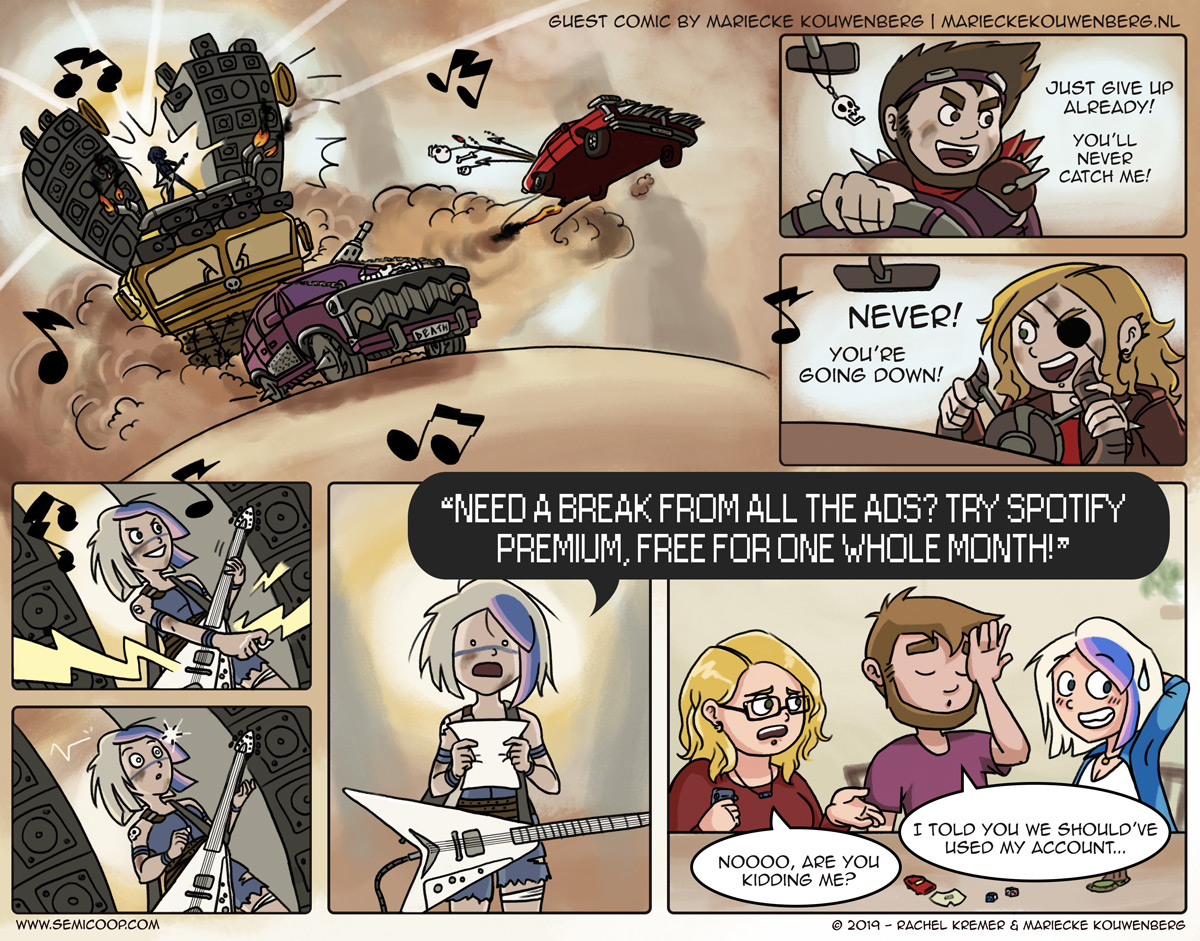 This week’s comic is the first of four guest comics! I proudly present this comic about Gaslands, drawn by Mariecke Kouwenberg. 🙂 Besides being friends, Mariecke and I go way back and went to university together and after that, we were both artists for our own mobile game company called Firedroid. She is an amazing illustrator and I am so happy she was really down drawing a Semi Co-op comic and she totally rocked it (pun intended).

A few words from Mariecke:

Hey, my name is Mariecke Kouwenberg and I’m a friend of Rachel and Heinze. As a casual board gamer I mostly play Sherlock Holmes Consulting Detective (when we get to it 😉 ) and Eldritch Horror, but I’m an avid video gamer next to my job as a videographer. This is my first Semi Co-op comic and it was a ride.

After eagerly opening the reference files and comic setup Rachel had sent me, I discovered the board game I would be drawing was Gaslands (which I’ve never played). Apparently that meant cars. Vehicles. I can’t draw vehicles! I better do some proper research by rewatching my beloved movie Mad Max: Fury Road. It was truly a burden. I better watch it twice, just to be sure. Poor me.

Joking aside, I had a lot of fun drawing my version of Rachel and Heinze’s characters (and even my own), experienced a decent amount of stress about the deadline (art is hard), got out of my artistic comfort zone (cars, baby) and gained even more respect for Rachel’s comic-making skills.

Now if only I had a muscle car in real life…

Next week, I’ll hand over the stage to Annika Heller!

Do you play music while playing games?

I LOVE playing music during games. For a game of Android: Infiltration I put all three Shadowrun Returns soundtracks on shuffle, and it really enhanced the immersion. In a recent session of Sentinels of the Multiverse I put their soundtracks on shuffle as well, and after a hard-fought battle what track came on right as the finishing blow landed on the villain? “Sentinels Stand Victorious”.

Or you could play the original: Car Wars. 6th Edition is coming soon to Steve Jackson Games.

Yeah, I know ads are how people on YouTube keep the lights on, but it takes me out of the moment when they interrupt the game to do one.

The perfect excuse to get yourself some cool looking Hot Wheels cars, customize them and play this X-Wing-like game in a Mad Max setting. If that appeals to you, you should definitely try Gaslands! | Support us through affiliate links or visit and support your local game store! Amazon.com 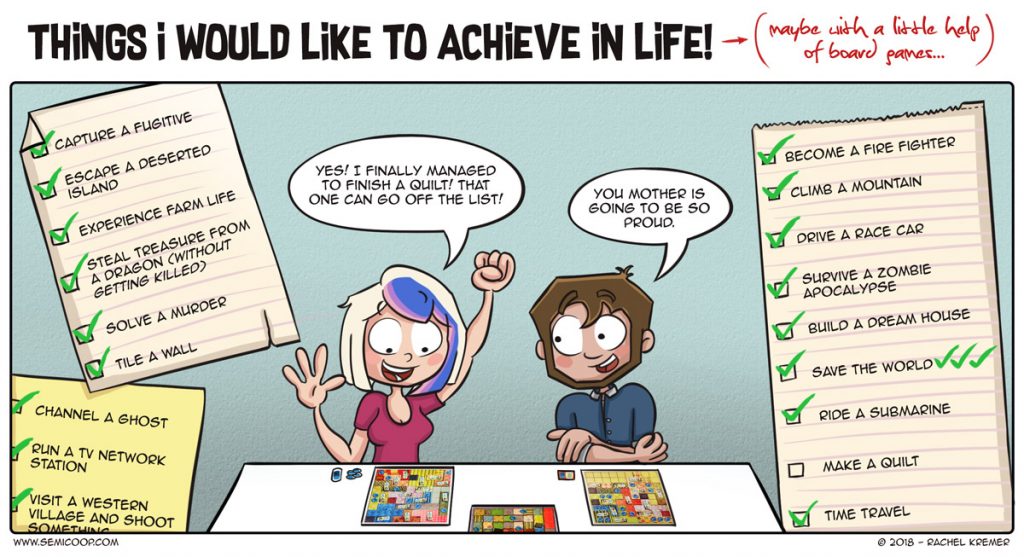