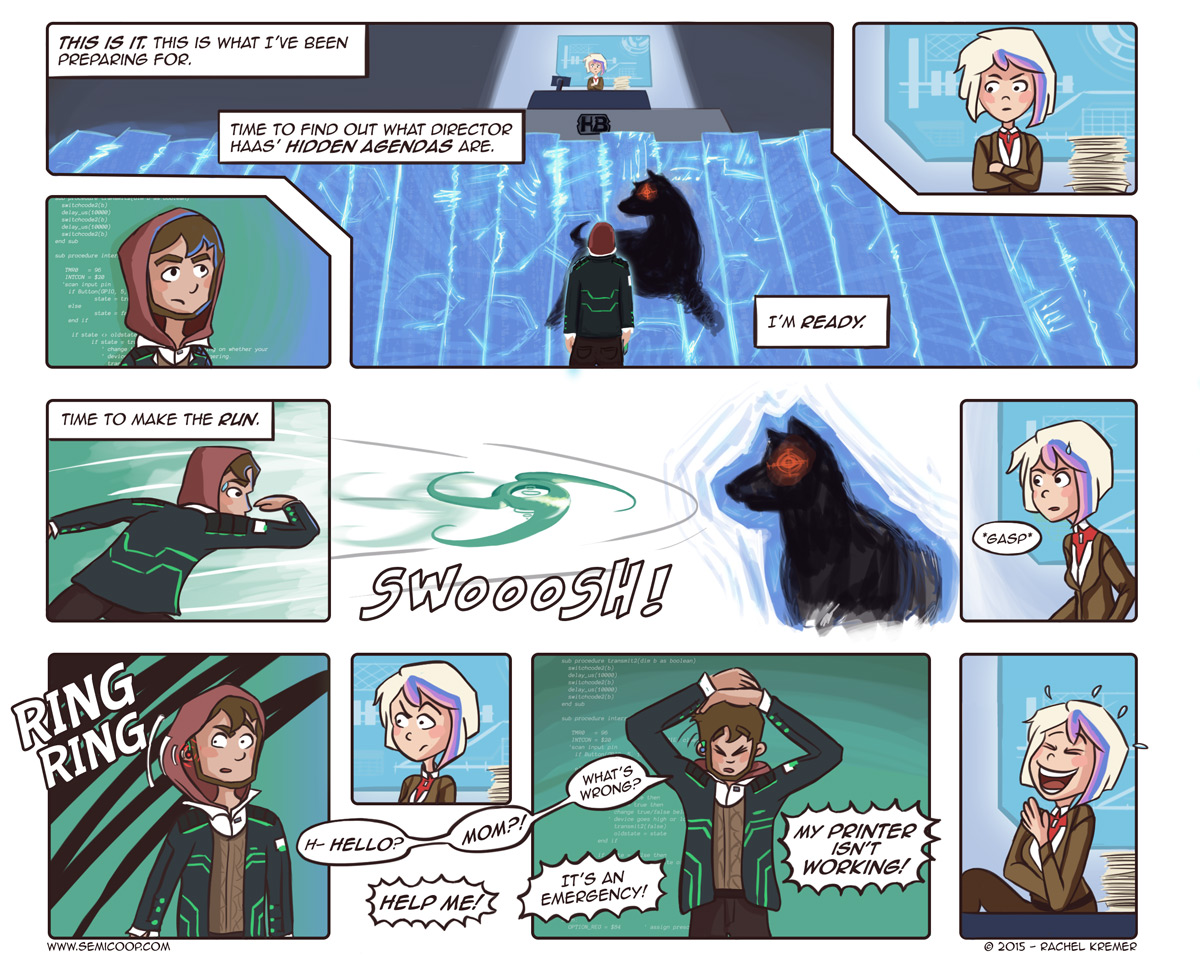 Netrunner, I love and hate this card game. The game with runs, stim hacks, hidden agendas, brain and meat damage, bad publicity, advancement tokens, ice breakers and many more terms that belong in the Android universe. It took us more than two weeks before we felt like we started to grasp all the different aspects of the game. And that was only the base set! Expansions and Data Packs soon followed, accompanied by actual deck building. People that actually play Netrunner might reconize the outfits of our characters as the outfits of the runner Exile and Director Haas.

Netrunner is brilliant, ridiculously hard, a little nerve wrecking, but very rewarding in my opinion.

About the comic, this happens quite often. Luckily not the printer part, but people tend to call while we’re playing a game and that can be rather anticlimactic.

Best visualization of a run ever.

Being a hardcore Netrunner fan, I have to say that I love this comic 🙂 Ninja on Grim feels so familiar !
Now I have to see your other comics. Thanks for the big smile ! 🙂
reyda.

Thanks for the compliment! I’m glad you like it. 😀

After being burnt out by MtG and its rampant power creep and netdecking, I am pleasantly surprised by how much I enjoy Netrunner! I am just about to the Creation&Control expansion, just wrapping up the Genesis Cycle. Enjoying your comics, this one got a chuckle for sure. 😉

It’s been a long time since I’ve read a webcomic where I know for sure the people working on it are Dutch. So far I can’t say too much about the writing and humor but the art is decent at least 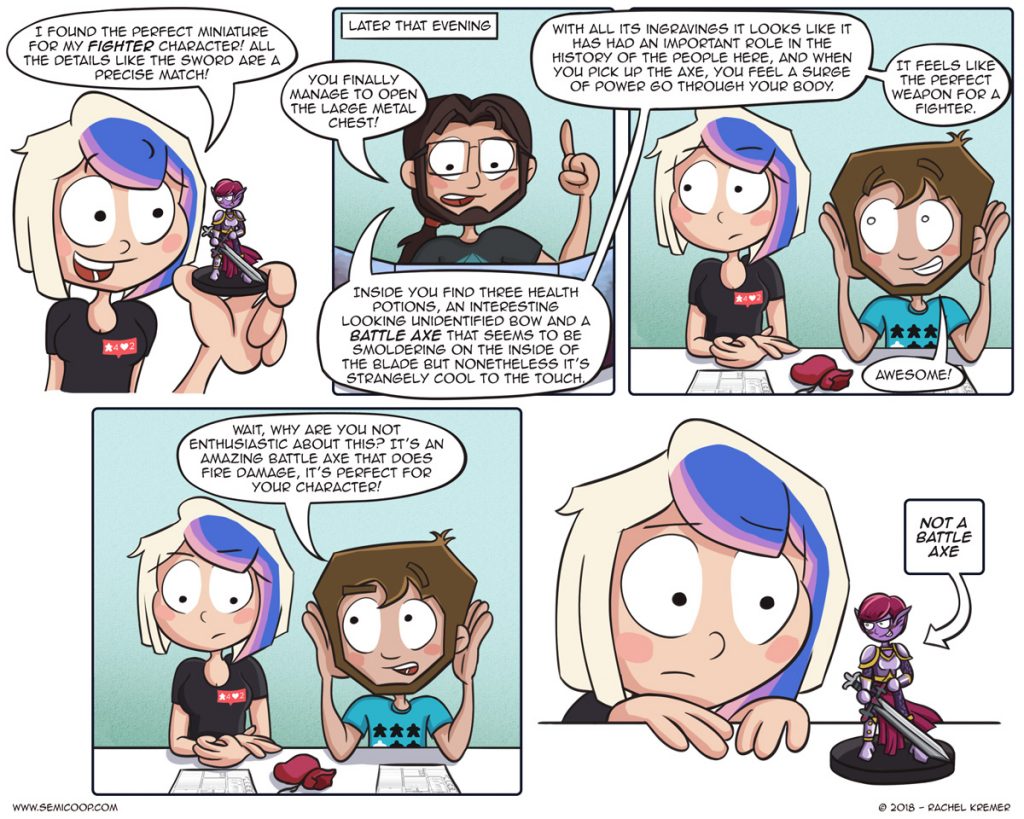