The Sheriff of Nottingham is one of those games on our to-play list. I did watch the Tabletop episode and didn’t want to wait for us playing it before making a comic about it. 😉

Yesterday we participated in a Netrunner tournament in our FLGS! We did some games for practice on Saturday, which were quite neccesary in my case… I hadn’t played Netrunner since the last tournament I participated in, which was in September last year. Whoops, time flies. Nonetheless I ended in fourth place on Sunday – and had fun with my Chaos Theory and (Heinze’s old) Titan Transnational deck! 😀

And we won some pretty cool unofficial promo cards as well. 🙂

What have you been playing this weekend?

I bought Sheriff of Nottingham last week. Just couldn’t lt go of it.
Gonna play it next week.

Great comics, always a joy to see one of yours appear online.

I will gladly trade you my copy of sheriff. Not a fan.

I did know of the nettunner tournament. Have yet to try/buy netrunner. Might join a main game only tournament, that way i am not way behinde on cards.

Past weekend specter ops.l only

Next upcoming weekend: tabletop game day, so manny fames. Just 1 day.. What to play is always a question.

Being the 4th of July weekend in the United States, it was all about the outdoor yard games with the soon-to-be in-laws … and tragically neglectful in the tabletop department.

I did succeed in getting a game of Yahtzee going with some outdoor-friendly, fist-sized, wooden d6s.

I was especially satisfying to see everyone united in racing the setting sun and battling the onslaught of mosquitoes in order to see the game’s conclusion … grandma won. 🙂

Game is not that good (SoN)

A game in which players take turns being the Sheriff of Nottingham! The other players bring in goods into the city and they might want to try to smuggle in some contraband to get some extra coin. They will try to bribe the sheriff not to check their goods and it's up to the sheriff to decide what benefits him the most... Support us through affiliate links or visit your local game store! Amazon.com Bol.com (Dutch) 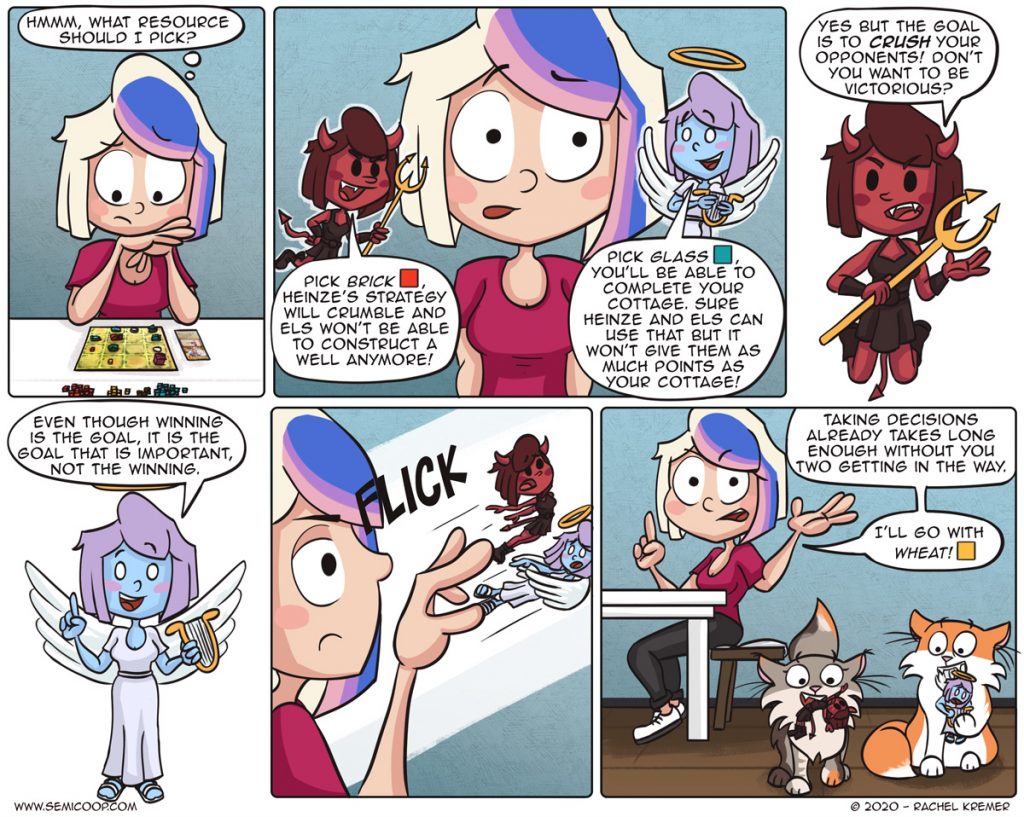