Heinze played Mage Knight last week! Alas, I couldn’t join him, but I’ve heard a lot about it afterwards. The thing that struck him the most, was that the six rounds of the game, are three days and three nights. Meaning that your character gets really powerful and manages to gain a following to conquer cities with in just three days. It took them, three players, seven hours to finish the game.

Like mentioned in last week’s comic: it was my birthday last week, I had a great time and I got a tons of gifts from all my awesome friends. Including (of course 😉 ) board games. And expansions, which a lot of the readers mentioned as a good idea for a gift! We can’t wait to try these games/expansions!

What do you think of Mage Knight?

Never played Mage Knight, but very excited for the upcoming Star Trek re-skin of it. I think a sci-fi/space exploration is going to fit the mechanics very well, and the reviews have been very positive. I think I’d be hesitant to spend 6 or 7 hours playing a deep fantasy game, but I’m positively excited to spend that amount of time exploring new worlds and zapping the alien races that live there.

The interesting part is that the game makes it pretty clear you are not a particularly good guy, at least the way we played we had to do a lot of actions that damaged your reputation. The game has actions like “burn monastery”, I’m really curious what the Star Trek analog for that one is and what the federation will think of a lootin’ and plunderin’ Enterprise.

In my opinion Mage Knight is not a good game with more than 2 players.
The turns get too long then.
The Player vs Player rules are quite convoluted and hard to read, so only the cooperative mode makes sense multiplayer. I actually prefer to play it solo 🙂 I think it gives the best experience.

Congratulations on your new games and expansions. We also just got Android Mainframe and are going to try it soon, also we played the first two Bespin missions. One has to love Davith 🙂

Android Mainframe is a lot of fun. It plays surprisingly quickly, and easily becomes one of those “okay, one more game” sorts of titles.

The Runners having 5 unique secret Programs to play like power moves over the course of the game, coupled with the fact that only 3 of the 5 of them are randomly drawn for each game allows for some great moments of pulling off some sneaky maneuvers.

Definitely lends to the whole, “I’ll get you next time … ”

I just had a birthday, too! And, I must say, it pays to be an unabashed lover of boardgames.

“What should we get Jake for his birthday?” ask family and friends. “I don’t know … what does he talk about every chance he gets AT LENGTH??”

So I managed to rake in the Fantasy Flight gift cards, which I’m fortunate enough to have within moments of my house here in Minnesota!

Now, to tie my friends down for a weekend so we can play ’em! 😀

the length of that game should drop dramatically once all players are familiar with the rules. It really is a great game.

To your point, I have the hardest time convincing my friends of this idea, generally speaking. I manage to convince them to try a larger game, and of course, with the teaching and learning and understanding and clarifying, it ALWAYS takes longer than what the box says …

We get through it, but whenever I advocate playing those longer titles again – which we’ve only played that one time – it inevitably is met with an, “oh no … that game takes FOREVER.”

i read mage knight bogs down on time if you do it with more people but 7 hours for 1 game, thats long. did you stil needid to learn the rules? or did you already know them, learning a game somtimes takes a long time.
i wonder if its playable solo, and what the time then is. (the time for a person knowing the rules)

I was the only one at the table that didn’t know the rules and we did a full “conquest” which is 6 turns. I think if you play it solo, which is the format most people seem to enjoy it, and do a shorter scenario, 4 turns, you could probably shave off a lot of time. but since it’s a lot of math and figuring out the most optimal combination of your cards and allies, it will still probably take several hours.

Enter the expansive, mysterious world of the Atlantean Empire. Players conquer lands control forces and make yourself a legend. A hero, gaining favor among the people or a villian destroying monasteries to steal legendary artifacts? Support us through affiliate links or visit your local game store! Amazon.com Bol.com (Dutch) 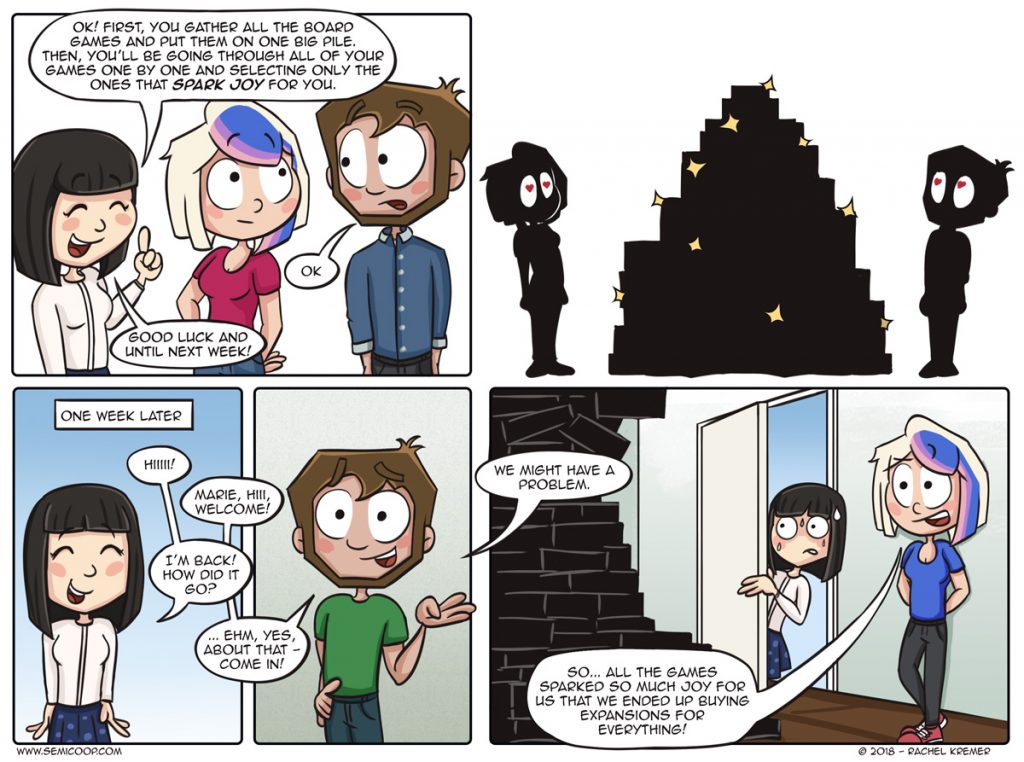