Apologies! The update is a little later than usual today, we were in Paris last week for the European Street Challenge ’16 and I still had to color this week’s comic.

We had very little free time, but in the few hours we had to ourselves we did actually pass by a gaming store in Paris! But it seemed that most games were in French, alas. 😉 It’s a small habit of ours to visit “FLGS” in areas unknown to us. It’s fun to see and compare the difference in stock of stores (in different countries). And mostly, we are reminded how lucky we are with our own game/comic book store here in our city.

About the comic!
It’s about Mysterium and I love that game! Sometimes conversations can go sideways when you’re having a good time, things remind us of other things and ‘bla bla bla’ happens, followed by ‘Eh, right, what were we talking about?’. It’s easy to see that happening in Mysterium with the completely random (but beautiful) vision cards. Luckily there’s an hourglass to prevent that from happening, a little.

You often see in Mysterium that players will try to adjust their interpretation of images to what they think the other player thinks. UpTo4Players has a brilliant comic about that, only with Code Names.

This have to be my favorite guacamole recipe : https://www.youtube.com/watch?v=dNJdJIwCF_Y

It seems to me like you could easily swap decks between Mysterium and Dixit with no loss of gameplay.

You and other psychics have been invited to Warwick Manor, where a terrible murder has been committed. The ghost of the victim still dwells there, confused and in search of the truth. Through visions, the ghost will communicate what it remembers and it's up to the psychics to interpret the visions correctly and figure out who is the criminal... Support us through affiliate links or visit your local game store! Amazon.com 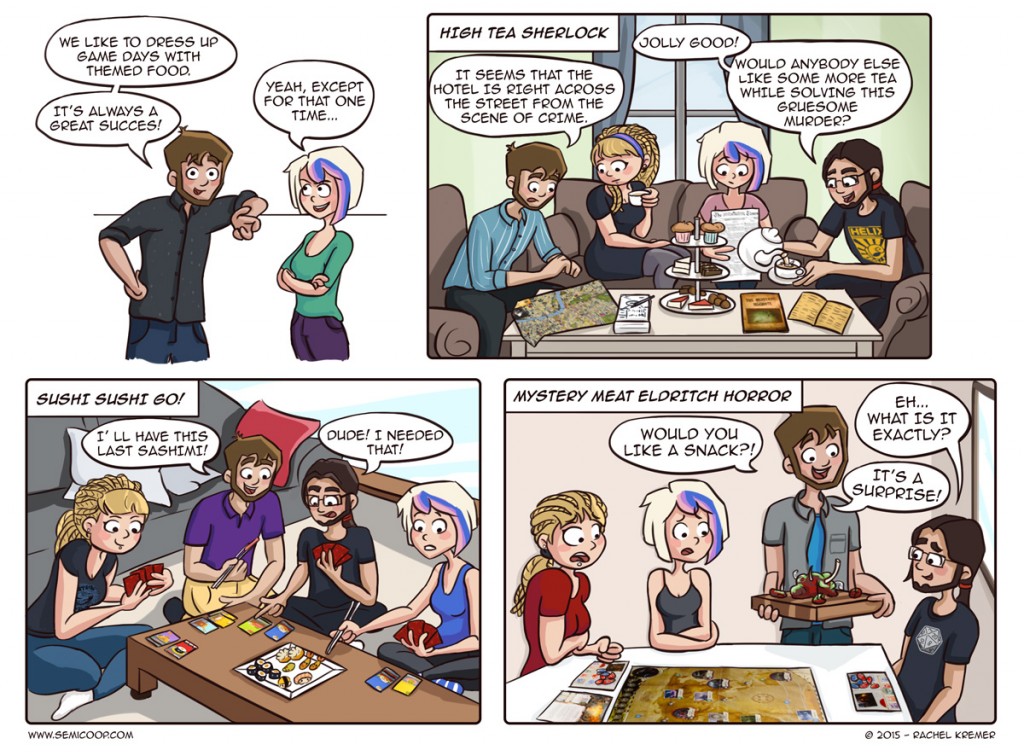