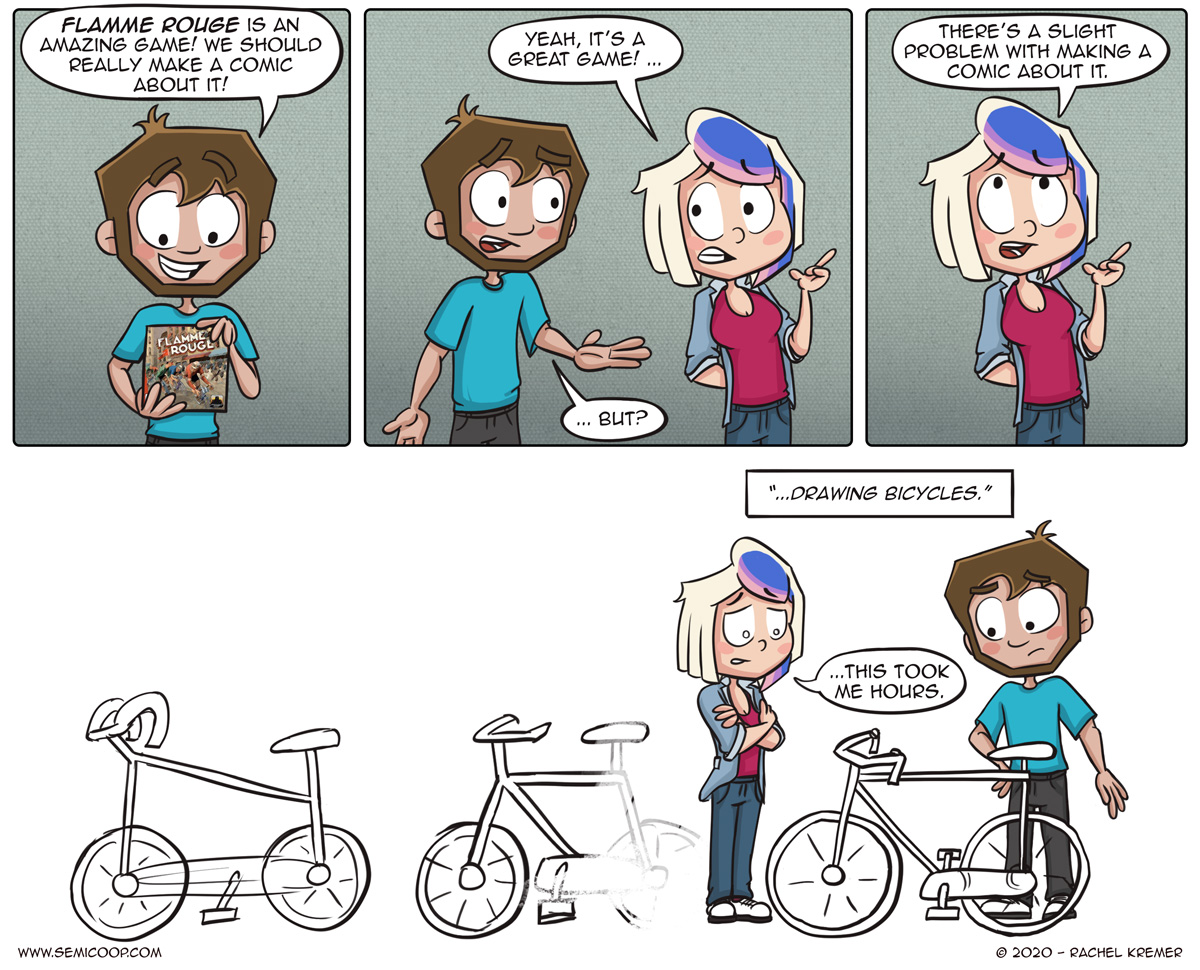 A couple of weeks ago we got Flamme Rouge on a gift card at our local store Comicasa and it’s been a smashing success! We always wanted a copy since we played it last year at Draughts with Russ and Alex of Dicebreaker fame and had a great time. It’s the perfect gateway game because you can explain the rules in about two minutes and people instantly understand how it works and slowly they start to see how the underlying strategy of taking it slow at the start and breaking away at the right moment. One of my colleagues bought a copy after playing it which is always a great indicator of how great a game is.

This comic is also a bit of a peek behind the scenes. We pitch each other comics all the time and write down the best ones but that doesn’t mean they’ll be created quickly. Sometimes we agree the joke could be better like our Cat Lady comic that was written down for three or four months before we came up with the Wingspan punchline. Other times, we give it a little more time because we now there is an upcoming expansion or Kickstarter which will give the game some extra attention at a moment the designer could really use it. Sometimes, it is about how feasible it is to draw a comic, we could write a comic showing nine million bicycles in Beijing but it’s a weekly comic so there is no way those bicycles are going to be drawn before Monday.

This week I got to play with some colleagues which resulted in playing some classic I hadn’t played in a long time or even played for the first time. We started with Monopoly Gamer which is better than regular Monopoly as it ends after all the players move over the “Start” space eight times but it’s still very random. The production is fun though, with some cool Super Mario based minis. I also got the play SET which was a lot more doable than I remember, it’s fun if you’re looking for a simple game that hurts your brain. Lastly, I got to play Jenga for the first time and now I’m excited to play Dread as it combined the wood tower with a horror RPG which will definitely give you some sweaty palms when playing.

Next week, we’re going to try to cross off some games from our “want-to-play”-list as we’ve been adding more games than we’ve been playing!

Which game would you dread drawing?

🙂 Actually, there is a very easy trick to draw bicycles. I teach it to school children all the time. Start with the frame: 3 triangles.

Kingdom Death: Monster. I would just feel a bit icky.

You’re from the Netherlands and you have trouble drawing a bicycle?

I was in Amsterdam for a week this fall. I developed a nervous twitch whenever I saw a bike. I had three come at me at once, all from different directions. After eight days, I was seeing them in my sleep.

Maybe I’d have trouble, too. My hand might start shaking when I put it to paper.

Anything Arkham. The San loss. 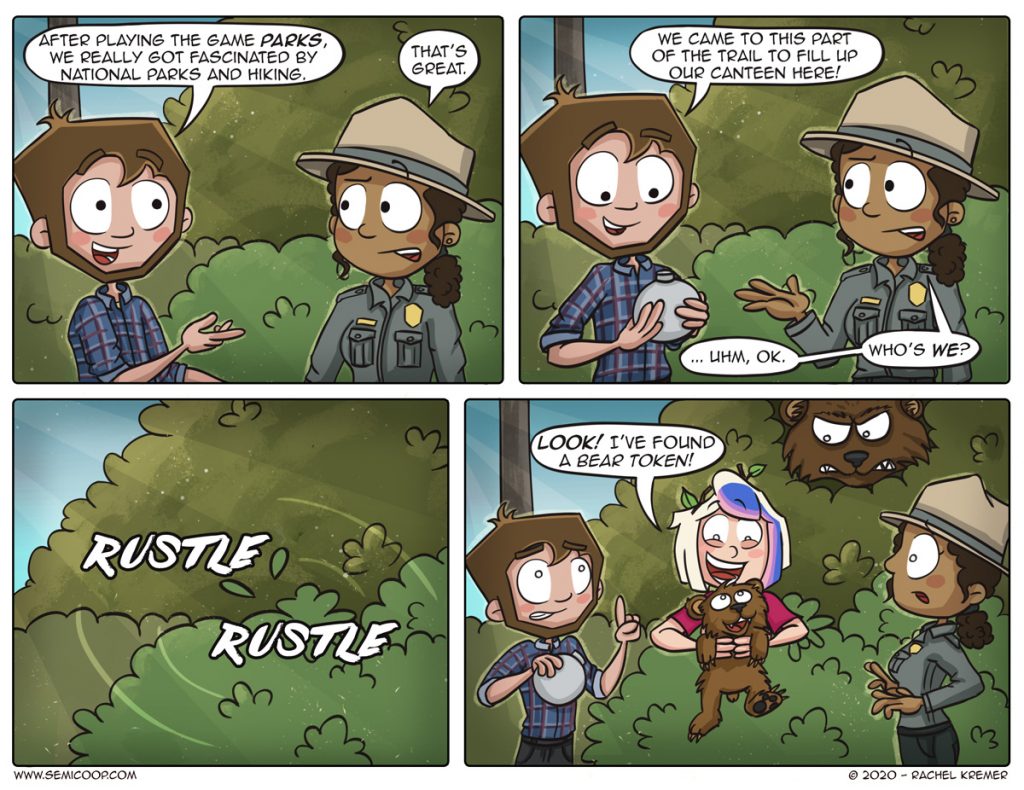