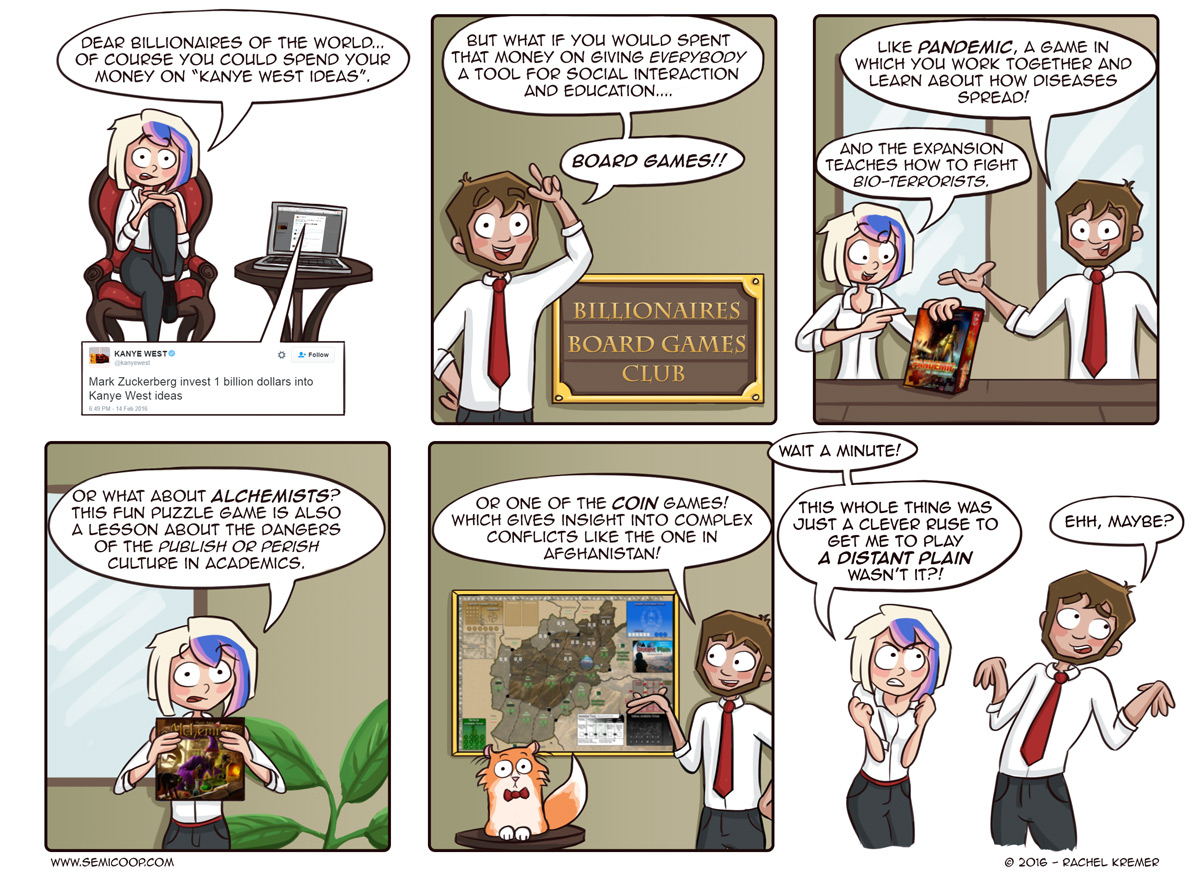 So ever since Heinze has been listening to the Serial podcast, he has been interested in a game called A Distant Plain. I had never heard of it, nor did I know of the existence of the COIN series by GMT Games.  The COIN series are games that focus on guerrilla warfare and counterinsurgencies around the world. These games can be based on historical or ongoing events. Most of these games are hard to get your hands on: either you’ll have to pay a lot of money or you’ll have to be very very patient. You can buy A Distant Plain on e-bay for $195 or you’ll have to place an order the website of GTM Games. They’ll print new copies of the game once 500 people have signed up for a reprint.

The idea of this comic was based on a Reddit discussion that asked the following question: ‘If you could give a copy of a single game to everyone in the world, which game would you choose?‘ We found that an intriguing question and would like to ask you to answer the same question.

PS. People on Twitter and Instagram decided that Apollo should look at the reader this week, thanks for your feedback! 😉

If you could give a copy of a single game to everyone in the world, which game would you choose?

A bit of cheating here, but 504 comes to mind. I never played it, but that way the world can discover a wide variety of games. (Then again, from what i’ve heard the game is theoreticly sound, but in practice hard to play and not every world is fun)

A serious answer would be one of the gateway games, Ticket to Ride, Catan, Splendor, Istanbul, etc, to show the world there’s a big world behind the classic boardgames like monopoly, risk, stratego and hope to make them craving for more.

Hah, 504 is a brilliant choice from a practical point of view! 😉

i had 504. its a great experiment. and can be used as a teaching tool to bordgame mechanics.

I’m tempted to say Mage Knight, but then again, I’m lucky to have one four-hour block of open time in a month, so that wouldn’t work.

So probably Dungeon Fighter, because I can’t imagine dropping dice off my nose will ever get boring.

only 1 game…. thats a hard one, i take expansions dont count?. i would go with a gateway game. smallworld, ticket to ride. among those lines.

Defenitely Dixit!
It’s so different from the current mainstream games, yet so easy to learn and play (although coming up with a hint for your card can be hard for some). I have found that people who don’t usually play boardgames tend to like this one a lot! And if you really don’t like it, at least you have the pretty pictures to look at.

A Distant Plain is part of the COIN games by GMT games. This is a game about the 2001 invasion of Afghanistan and its ongoing consequences. Players will take on the roles of the Afghan government, Taliban, the War Lords and the Coalition in this assymetrical tactical board game for 1 to 4 players. Support us through affiliate links or preorder your copy at GTM Games: Amazon.com GMT Games

Potions, potions, potions! Alchemists is all about brewing amazing or very faulty concoctions by combining different ingredients. The goal of the game is to find out what the magical properties are of each ingredient. This is a game of worker placement, puzzling and deduction. Is the paper your fellow alchemists published true or false? Choices! Will you test your potion on yourself or will you experiment on a student? Alchemists comes with a free app for your phone or tablet, with which you scan your ingredients - it feels magical. Support us through affiliate links or visit your local game store! Amazon.com Bol.com (Dutch) 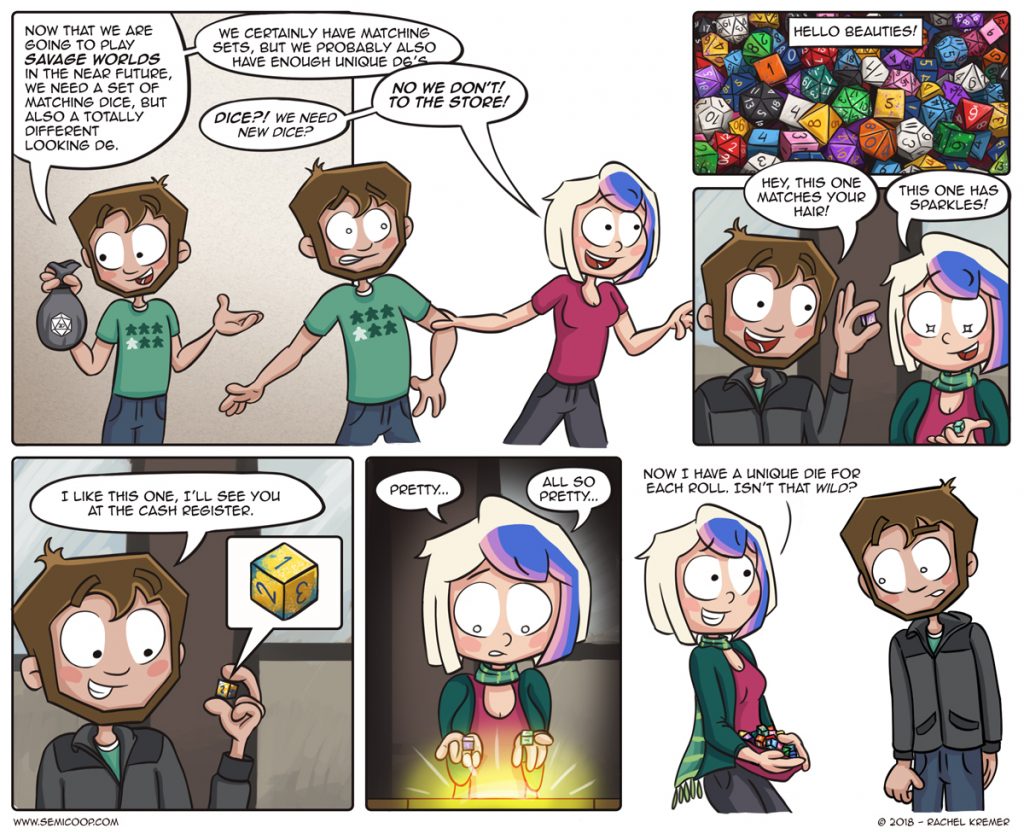