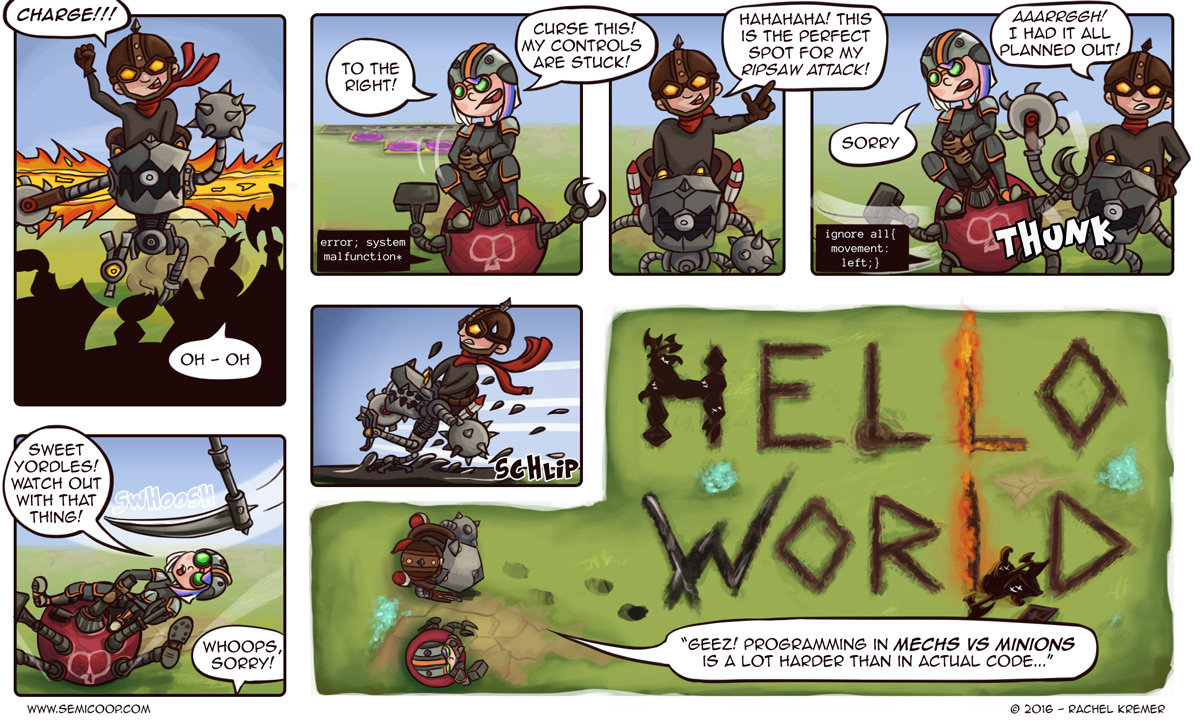 Warning, programming joke!  Making the  phrase “Hello world” appear on a screen is often the first bit of code people write when learning a new code language. Mechs vs Minions is a programming game so … ah, you get it! 😉

We’ve played the first three missions of Mechs vs Minions and it’s a lovely game. No regrets that we took this gigantic box into our house.

In the first mission it felt like we were just twirling around the board aimlessly, but that got better in the next few times we played it. I’ve read some compaints that the game is too easy, but since we’ve lost the first three missions the first time we’ve played it and then won them when we tried again the second time: it feels balanced just fine (so far). Maybe there’s a difference when you play the game with more than two players though, we haven’t tried that yet.

What do you think of so called ‘programming’ board games, love it or hate it?

I know that there is a Robot War like game which involves Programming. It was kind of fun, but a little bit too long.

I’ve never been a fan of programming games before this one. @Thomas, the game you’re thinking of is Robo Rally. That, and Lords of Xidit, just really didn’t tickle my pickle. But this game is truly brilliant. I think it’s because it’s cooperative, so things messing up is less frustrating and more… funny!

Mechs vs. Minions is an impressive looking co-op game in which players program the movement and actions of their miniature mechs. You work your way through 10 missions, each mission adds new elements to the game. You can order a copy of the game over here: Riot Games Webshop