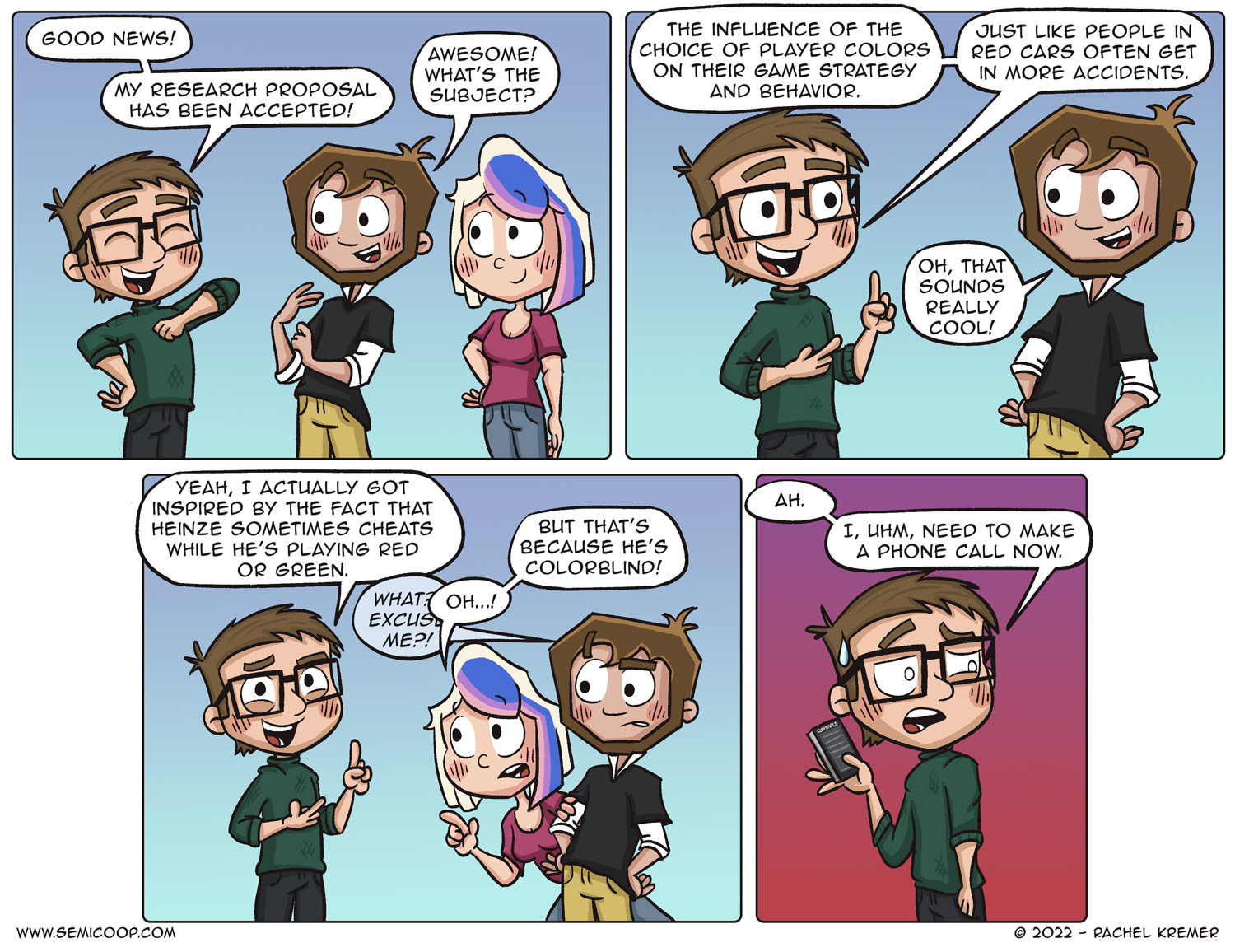 I believe this is the first comic we’ve made about board gaming and being colorblind! We talked about it in the blog posts, but never in the comic itself. It’s a struggle for a big part of our gaming friends and we’re often delighted by the creative workarounds modern board games have implemented in their designs and sometimes we’re rather disappointed if games are unplayable for colorblind people – while a few minor modifications could have made the difference.

Personally, I understand that not all games and designs have to be accessible for somebody who is colorblind. It’s naive to think that games like Colour Brain or Yummy Yummy Monster Tummy, for example, would be fun or playable if your perception of colors is so different from other people. We tried and it was not a success. :’) It’s a difficult one, also for developers and designers, since there are so many forms of colorblindness. In our group of friends alone, we have three very different levels of color blindness. In contrary to a friend, Heinze can still play Rajas of the Ganges if we separate the different colors of dice very strictly, but a game like Coimbra is a real no-go. I remember that we saw a picture of the dice and Heinze thought that there were three different colors of dice, while there were five.

Sometimes, if we like a game enough, we don’t mind making some alterations to make it more readable, as we did with Origins. But often, we make the choice to let a game go if it’s just too difficult to keep colors apart. But overall, I think games are doing a pretty decent job nowadays!

Last week was one of those weeks that we only played new games and very different ones actually! We finally played Tammany Hall! And it feels like a big brother of The King is Dead and although we had fun, we mostly see its potential when playing with four or five players instead of just three. 🙂 We also started our campaign of Décorum (will be released in April) and Floodgate Games really made a fun co-op deduction game here! We’ve written our first impression on Instagram if you’re interested.
Going to the complete opposite side of the spectrum, we also played Tabannusi: Builders of Ur! This is probably one of the most complex games we’ve played in a while, our brains felt fried by the end we were done. We think it’s very good in its genre, but it might be a little too heavy for our tastes. You can read our first impression here!

We also played a not-yet-announced game on Tabletopia and we wish we could tell you more about that, but you’ll have to be patient. The only thing we’ll say is that this was one of the best games we’ve played in a long time… so we’re looking forward to its announcement.

Do you have any colorblind people in your gaming group? 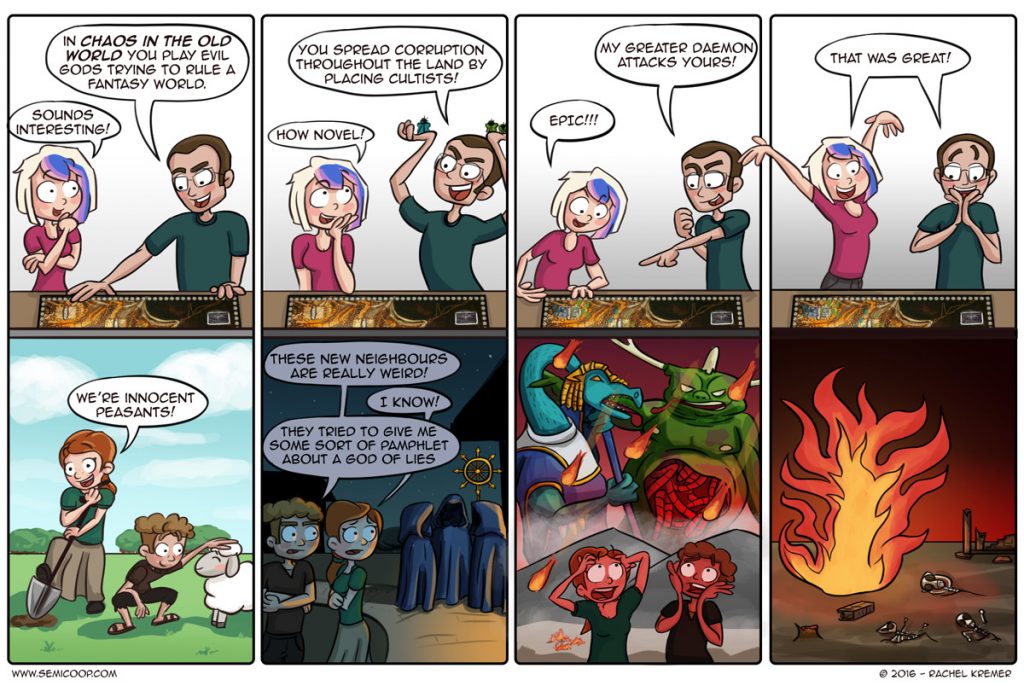