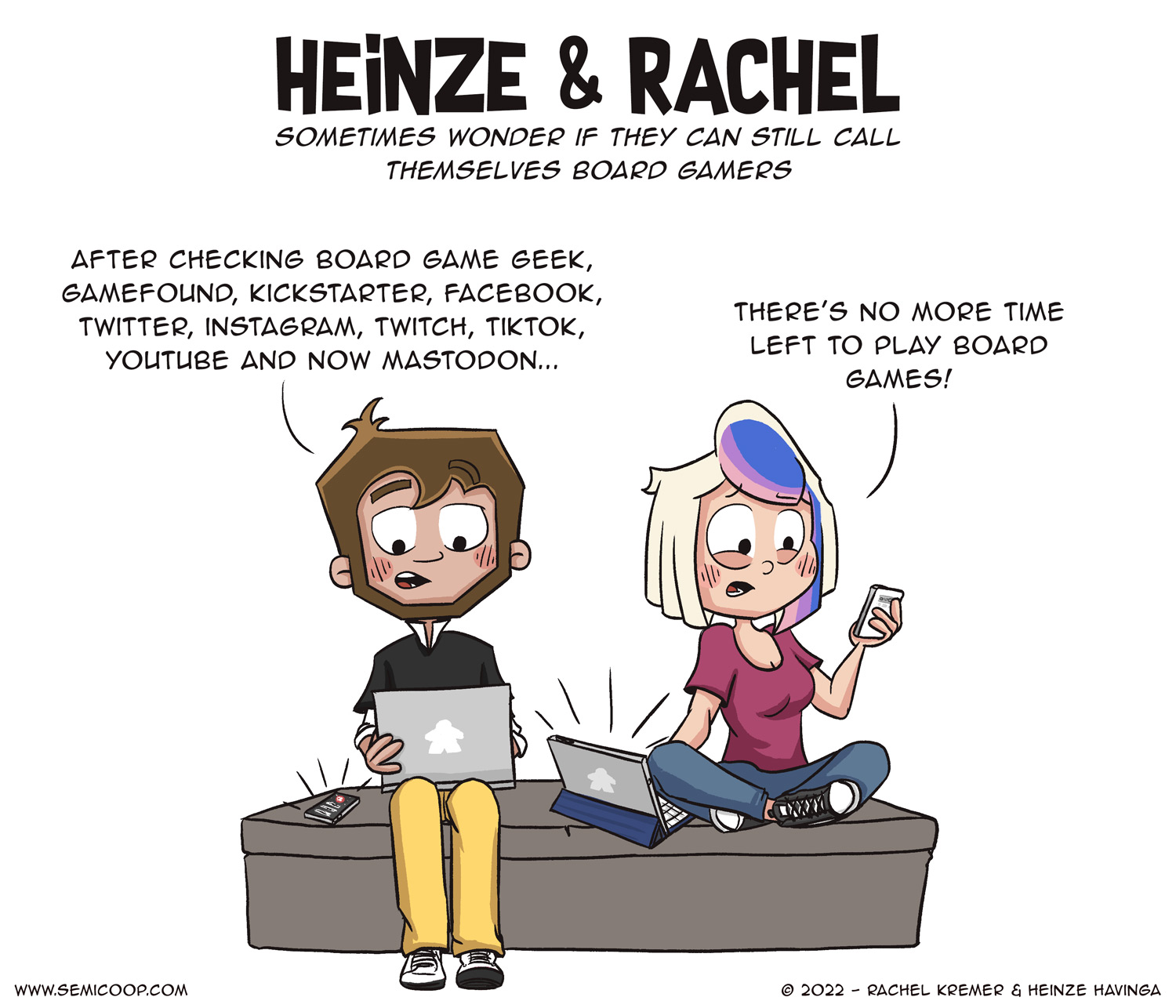 We are on Mastodon! If you want to follow our Toots you can follow us through @semicoop@tabletopsocial, honestly I’m personally pretty excited that with everything going on over at Twitter that we might actually see a critical mass on a decentralized service that might break the current internet that is based around a very small number of silo’s, but a webcomic about board games might not be the place to talk too much about the state of the internet… 😉

This comic is secretly an homage to a Dutch comic series called “Fokke & Sukke“. We’re amazed about how hard it is to write a one-panel comic and that’s all that they do since 1993. But this week, we gave it a try! This actually is our second homage to a classic Dutch newspaper cartoon, we did one last year that was based on the format of Anton Dingeman!

We’ve had a hectic week with some stressful situations which always makes us end up spending too much time on social media. It takes a bit of energy and time to play a game so in these busy weeks, the number of board games that we play tend to get very low. We only played two games this week. The first is a game of Turing Machine, which is wonderful if you are looking for a twenty-minute-long deduction experience. It also has a website on which you can play close to a million different puzzles, and even share the puzzle you’ve played, so friends can try and beat you. So if you want to see if you’re smarter than us, we have a Twitter thread where we are sharing our scores.

We also played Metrolijn, which is the Dutch translation of the German game Voll Verplant, which in turn is a variant of a Japanese Flip-n-Write called Metro-X, just to make things overly confusing. 😉 It’s a quick and tricky game that works well as a traveling game. We played while taking the train to my parents and we were done just when the train pulled into the station.

This week things are looking a little sunnier, we have Episode 1 of the Vengeance Roll & Fight already lying on the table to be played tonight! Tomorrow we’re playing Northgard with three players and the monster module, so the start of this week is already a lot stronger.

What board game sites/creators do you check often? 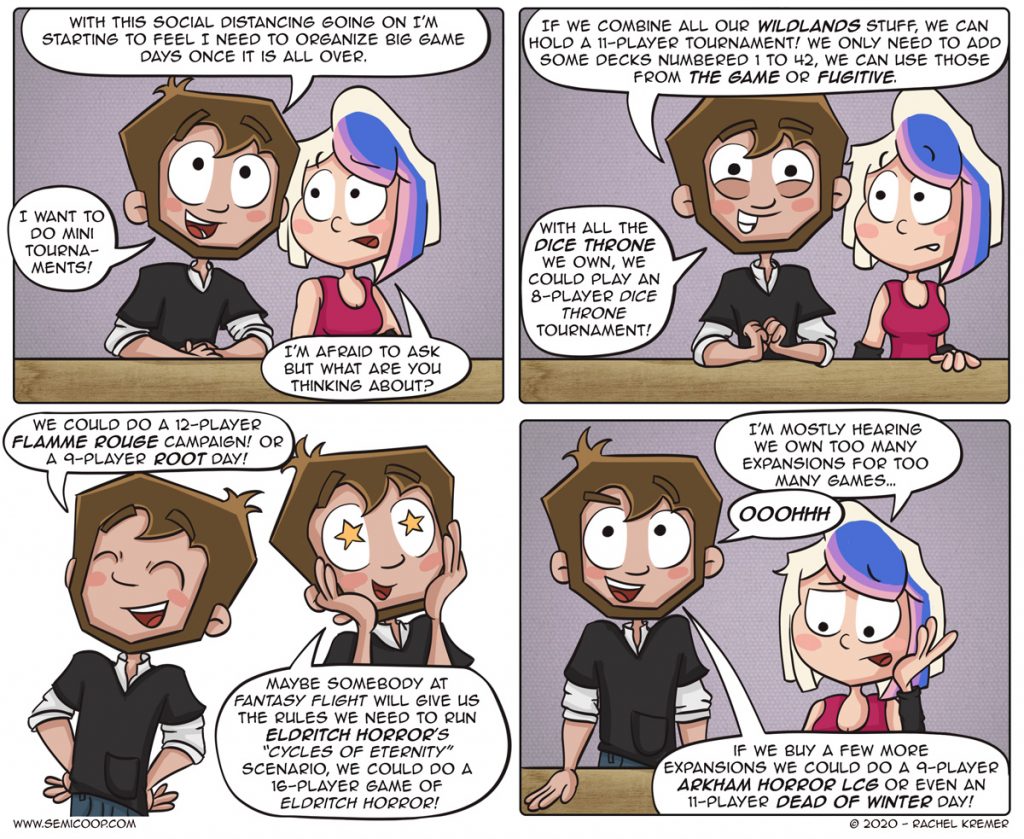