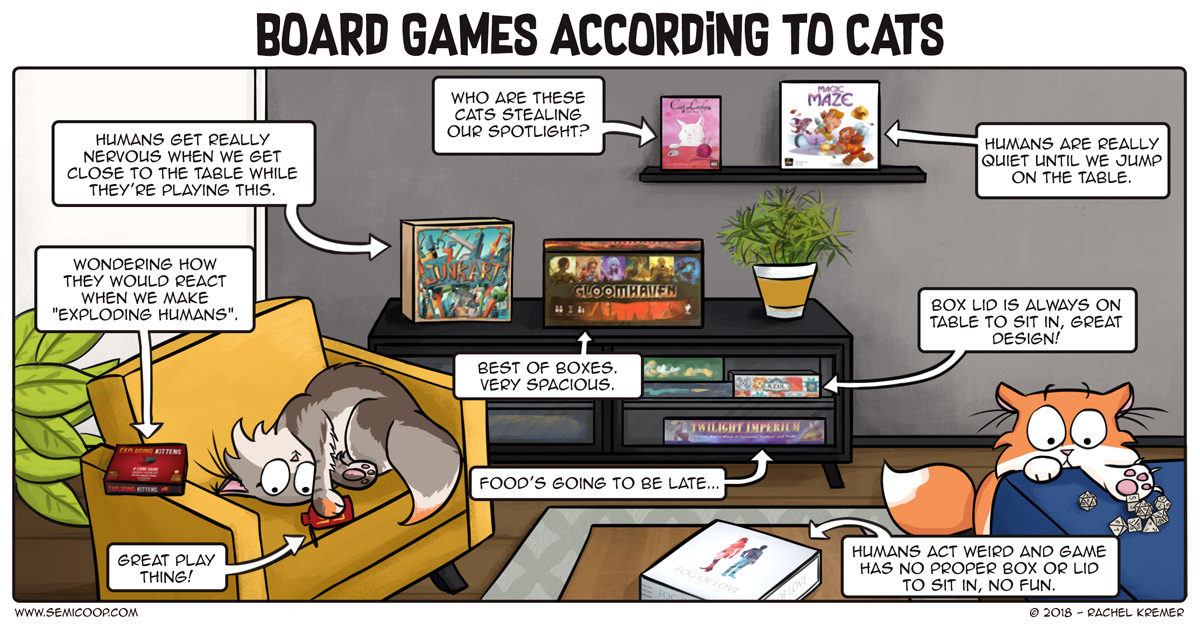 Cats have opinions too! … and ours like to let theirs known often. 😉 Overall our cats behave quite well when we’re playing games, except around the time when we’re about to feed them. They get a little rowdy then and sometimes jump on the table.

We’ve been continuing two of our campaign games last week, Pandemic Legacy Season 2 and The 7th Continent. We really have a power team playing Pandemic and that’s so much fun. Next up is, August!

And friends of ours now have Bärenpark, so we’ve also finally played that! I must say it’s a smart game and the Tetris-element is smartly integrated into the game. It surely isn’t the first game to do that, but it really works in this game. And to be honest, I personally like it better than Cottage Garden for example. I think it’s satisfying to see the growth of your own park and that it stays on the table, while in Cottage Garden your garden board gets reset multiple times during a game. Also, the theme of a bear park is just fun! I think that the most simple play mode of the game would even be great to play with kids.

So, all the printed matter for the UK Games Expo is done! It’s sent to the printer and will be here well on time, hurray! I’m dreading the deadlines of work-related things I have before the UKGE, but nonetheless, I am looking forward to it! Can’t wait to meet all kinds of new people, meet friends again and to try out some of the new games on the market.

What would your pets think about certain games?

I am missing Exploding Kittens in the comic.

You’re ABSOLUTELY right! You’re so right about that Exploding Kittens needs to be in this comic, that if you press ‘Shift + F5’ (or Ctrl + F5), it will magically appear! 😉

Haha another great one! Gives me a little insight what goes on in the mind of our cat (Wobbe)

Keep up the good work!

Azul is an abstract game which let players enjoy the beautiful aesthetics of Moorish art. Players take on the role of artisans decorating the walls of the Royal Palace of Evora. By making careful decisions, players build up their artworks as efficient as possible. Azul is not yet for sale. Read more about Azul: BoardGameGeek.com

Don't let the cute looks of this game deceive you, because there is quite some meat to this one that even challenges more experienced board game players. In this game, you and your fellow cat ladies try to collect the most points by drafting cards in the different categories like toys, food, catnip, silly costumes, and of course cats. But keep in mind that cats need to be fed! Support us through affiliate links or visit and support your local game store: Amazon.com

Fog of Love is a role-playing game in which two players play a couple and try to live their lives together! It's all about trying to be happy together - or not. Depending on your character you're in for an interesting ride in this romantic comedy simulator. Support us through affiliate links or visit your local game store: Amazon.com

This might look like a box of random blocks to some people, but to Junk Art players the blocks represent focus and art! In this game with various game modes, you draw or receive cards that tell you what block to add to your artwork. This might seem simple until you see the odd shapes and try to create a perfect balance to prevent your statue from collapsing. Support us through affiliate links or visit and support your local game store! Amazon.com

In this fast-paced little card game for 2-4 players full of deduction, risk and of course some luck, players try to seek to woo the princess of Tempest. Try to take out other contenders with the guards, get secret information through the priest or duel with the baron. There are many ways that might lead to victory or loss in this game you can take along anywhere and can be over in a couple of minutes. Support us through affiliate links or visit your local game store: Amazon.com

A group of adventurers have been stripped of their possessions and have decided to rob the local mall to steal the equipment you need to continue your adventures. In this real-time co-op game, each player controls a certain action that applies to all of the hero pawns - like walking north, south, east or taking an escalator. This means every player needs to keep a close eye on when a certain action is needed.... But to make things a little more difficult: communication between players is restricted. Support us through affiliate links or visit and support your local game store! Amazon.com

An epic space opera game in which to try to become the ruler of a galactic space empire through trading, politics and war. It's a massive game that comes with literally hundreds of miniatures, cards and tokens. Support us through affiliate links or visit your local game store! Amazon.com 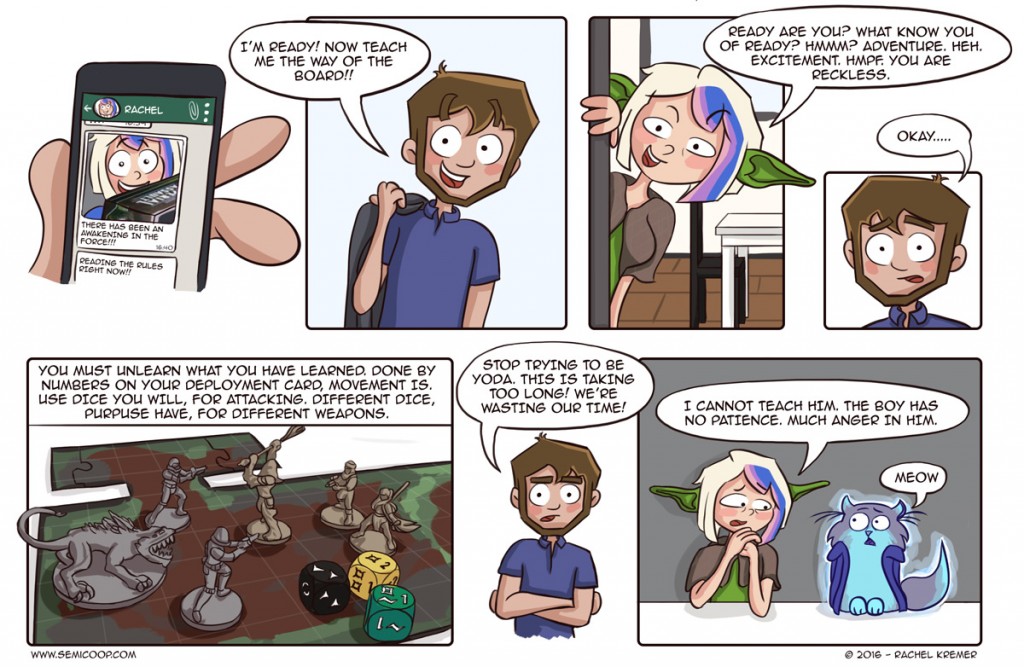