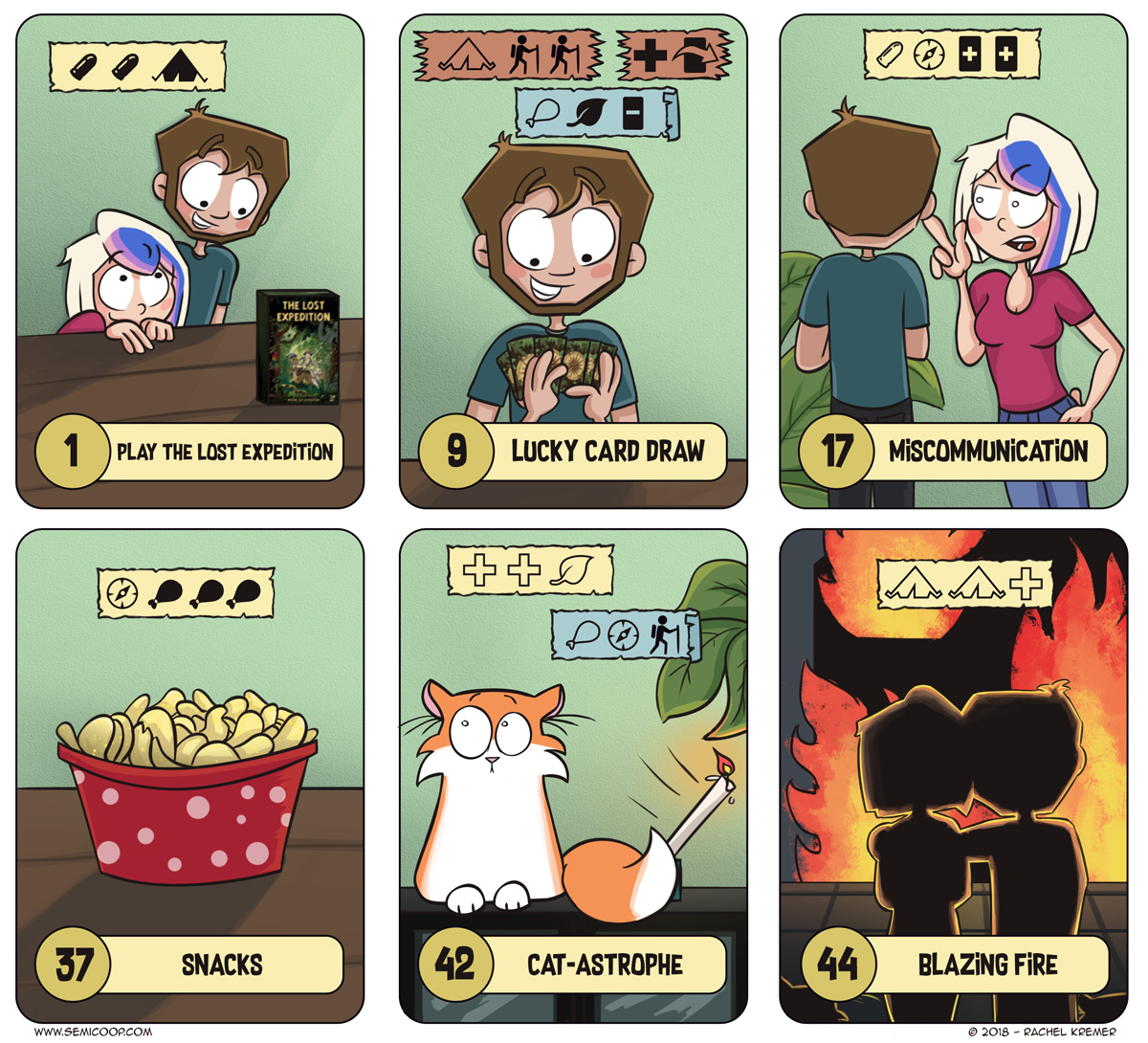 The Lost Expedition was kindly provided by Osprey Games for free. We thank them for giving us this game which led to this comic! For more information on how we deal with gifted games, please see our FAQ!

It’s a tricky co-operative game in which players try to reach the lost city with a team of three researchers: the navigator, the herbalist, and the explorer. We’ve played it a few times so far and it’s definitely one that we’re going to keep in our game collection. For us, it has replaced the solo game Friday. The Lost Expedition has a solo-mode as well and we just enjoy this game more (and the art is so pretty!). Most of the time you think you are doing quite well and then it spirals down into disaster. The times we won the game, it was because we chose to sacrifice people and let just one of the researchers make a sprint to the lost city. I’d love to make it with all the entire team one day. 😉

There also is a competitive mode in the game in which two teams of researchers try to reach the city first. I prefer the co-op mode, but I might need to give the competitive mode a second chance.

I’ve been really busy with all kinds of things that are Semi Co-op related which I can’t show you… yet! Luckily, times flies and in the coming weeks, we can finally share some of them and I’m really excited about it. 😀

I got “Robinson Cruse” for Christmas from my sisters. We tried to set it up but after two hours we needed the table for dinner and we had to put the game back in the box.

There is also a promising Kickstarter Game called “Palm Island”. It’s a pocket game you can take basically everywhere you like, but there seems to be some depth to it. You need to spend resourses to rotate or flip the cards in your hand. When adjusted correctly the cards gain you additional resourses or victory points. Solo, coop and competetive play is possible.

Robinson Crusoe is great! I haven’t played it in a while, but when we first got it, we played it a lot.
Even cooler is the expansion “Voyage of the Beagle” where you travel and explore with Charles Darwin. Really refreshes the game.

Mine is à game that really fleq under the radar called isla dorada from ffg and Bruno faidutti. It is à super mean game but really funny as everyone are trying To force the group to go to a specific location on an island to score points with treasure and goal cards

In The Lost Expedition a team of researchers delve deep into the Amazon in search of El Dorado, the lost city. Manage your food, ammunition and your health wisely as you carefully work your way through the jungle that is full of perils. Will you reach the lost city before the dangerous Amazon overtakes you? Support us through affiliate links or visit and support your local game store! Amazon.com 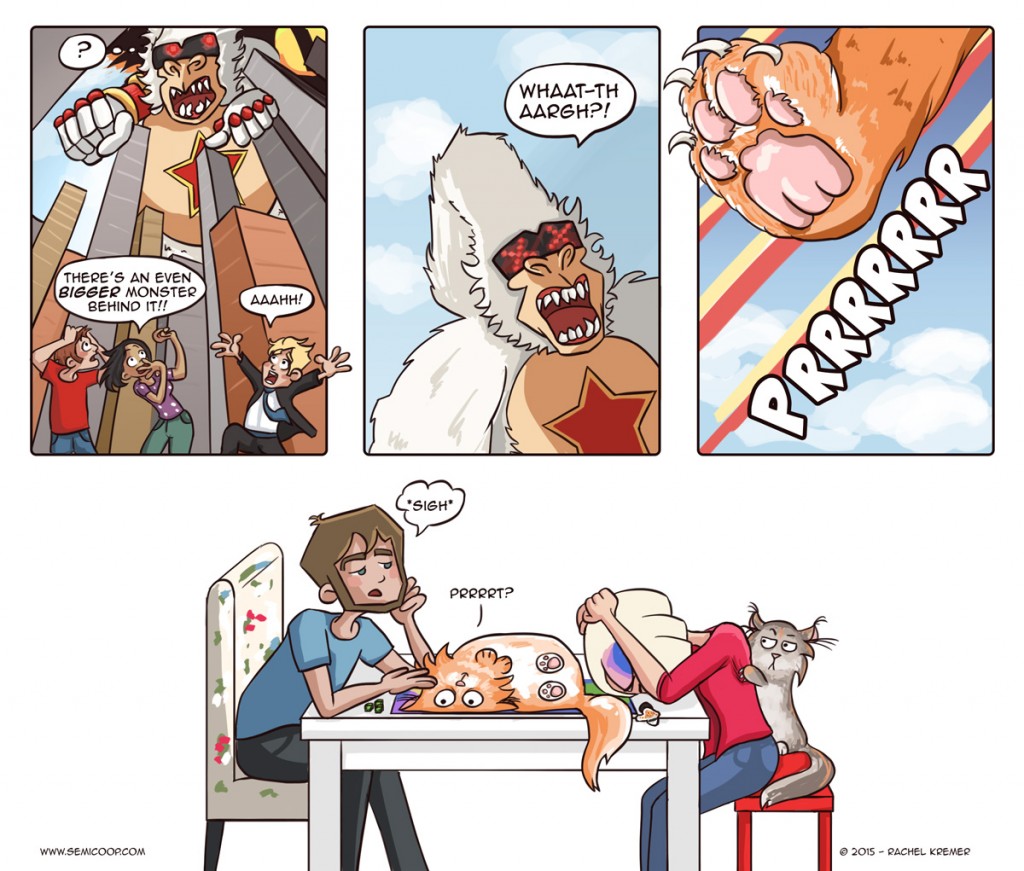