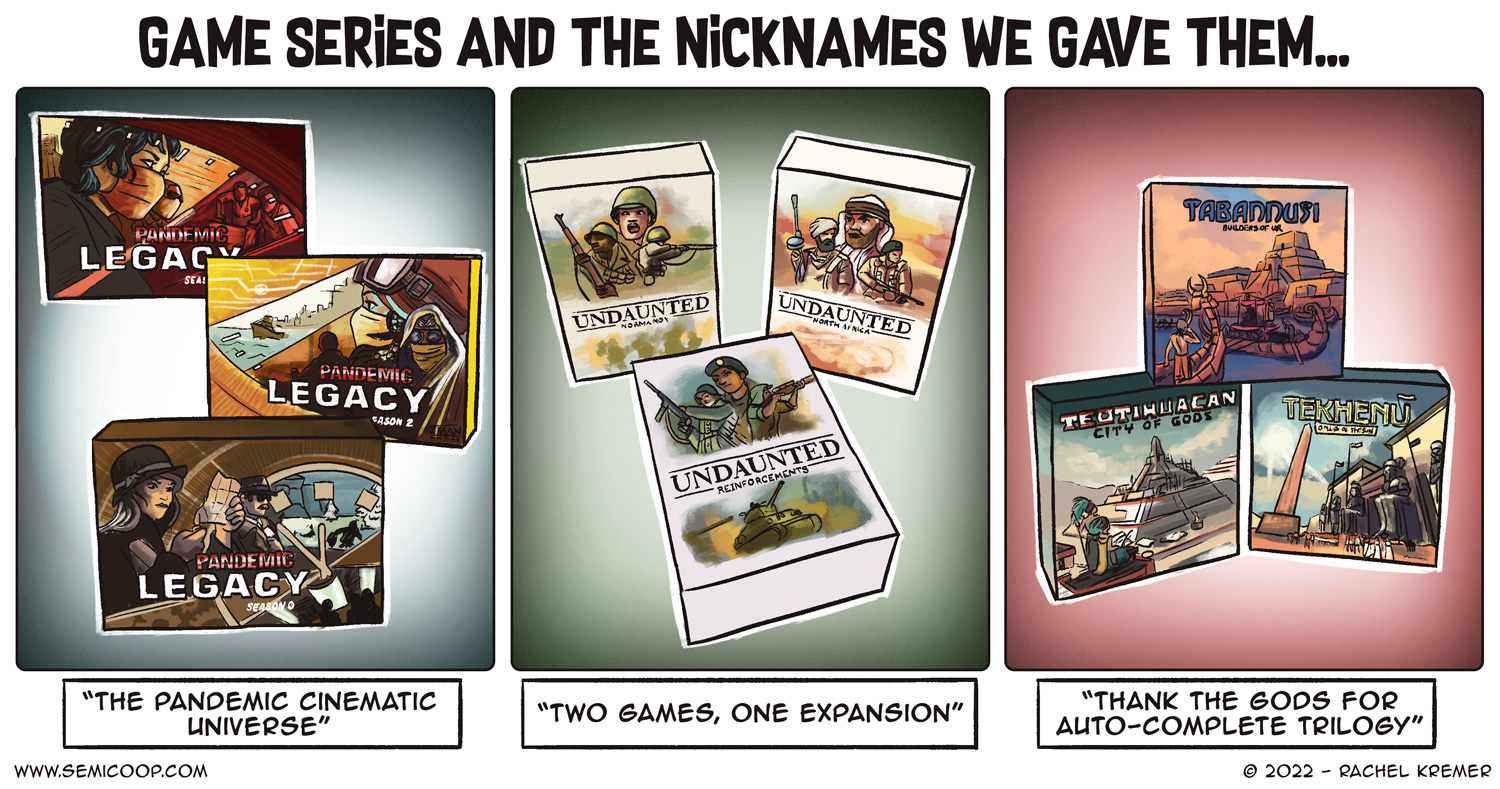 You can’t just have a single version of a game anymore, you need to be able to pick from an entire series! What you’d like to get a copy of Azul? But which of the four?! It’s an interesting development and I guess it’s great for fans of a particular game? Some series are just standalone games, like the Azul series, but there are also some that you can combine! Like the Century (Golem) game series, for example, are standalone games that can be combined to form another game.

Talking about game series…  nope, we played none of those last week. We did receive a copy of The Adventures of Robin Hood from the Dutch publisher 999Games! We’ve been interested in the game ever since Kosmos announced it in 2020, but it had faded a little into the background and *poof* all of a sudden there was a Dutch version of the game. We prefer these types of games in English, because Dutch translations can be quite cringy and weird. Alas, that’s also the case with Robin Hood. It’s not game-breaking, but just annoying from time to time.

The game itself is fun! It’s the spiritual successor of Legends of Andor and we think that The Adventures of Robin Hood is a lot more fun. We enjoyed the idea of Andor but also didn’t enjoy the extreme optimization puzzle that it was. Robin Hood offers that same type of puzzle but packed into a fun adventure. We’ve only played three chapters so far and lost badly on the first attempt of the third scenario so the game might still turn out to be as hard as Andor. We’ll see, but so far we’ve had a lot of fun with exploring the boards and the panels that can be flipped and can change the scene.

We also played a fun game of Cubitos and got together again for The King’s Dilemma. This week was intense cause apparently the stakes were high! This weekend we played some That Time You Killed Me and Calico.

Do you have nicknames for certain board game series?

It’s quite a fun development, especially when the original is a great game – Gives the designer a larger space to work with than expansions, but you still know (kind of) what you’re getting into with the sequels. 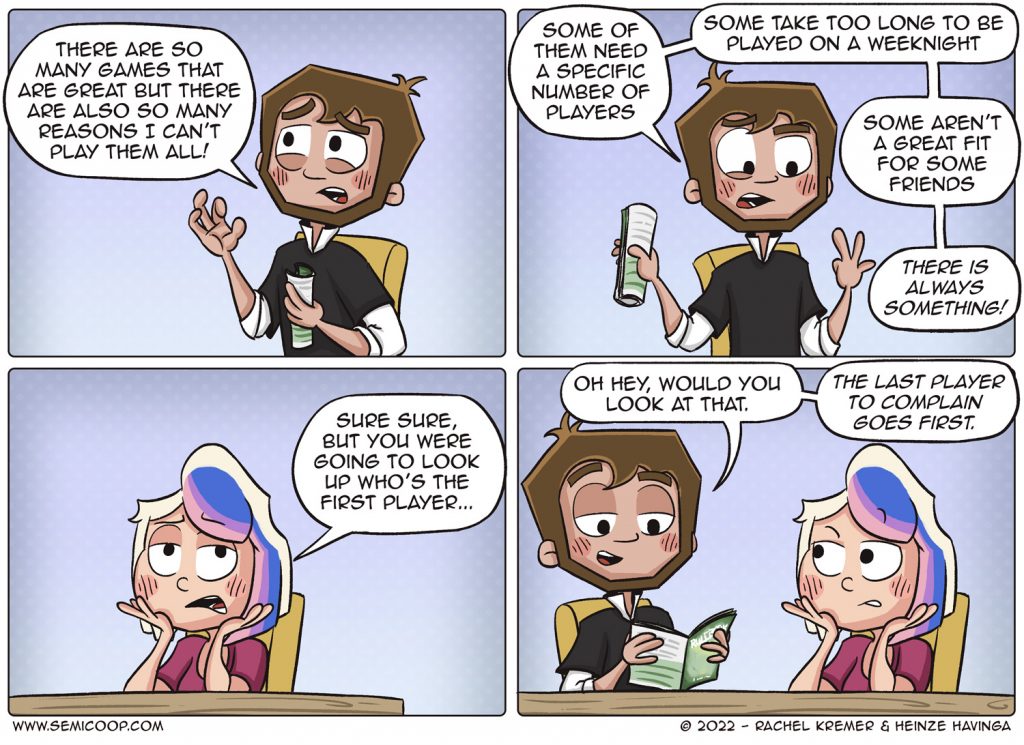