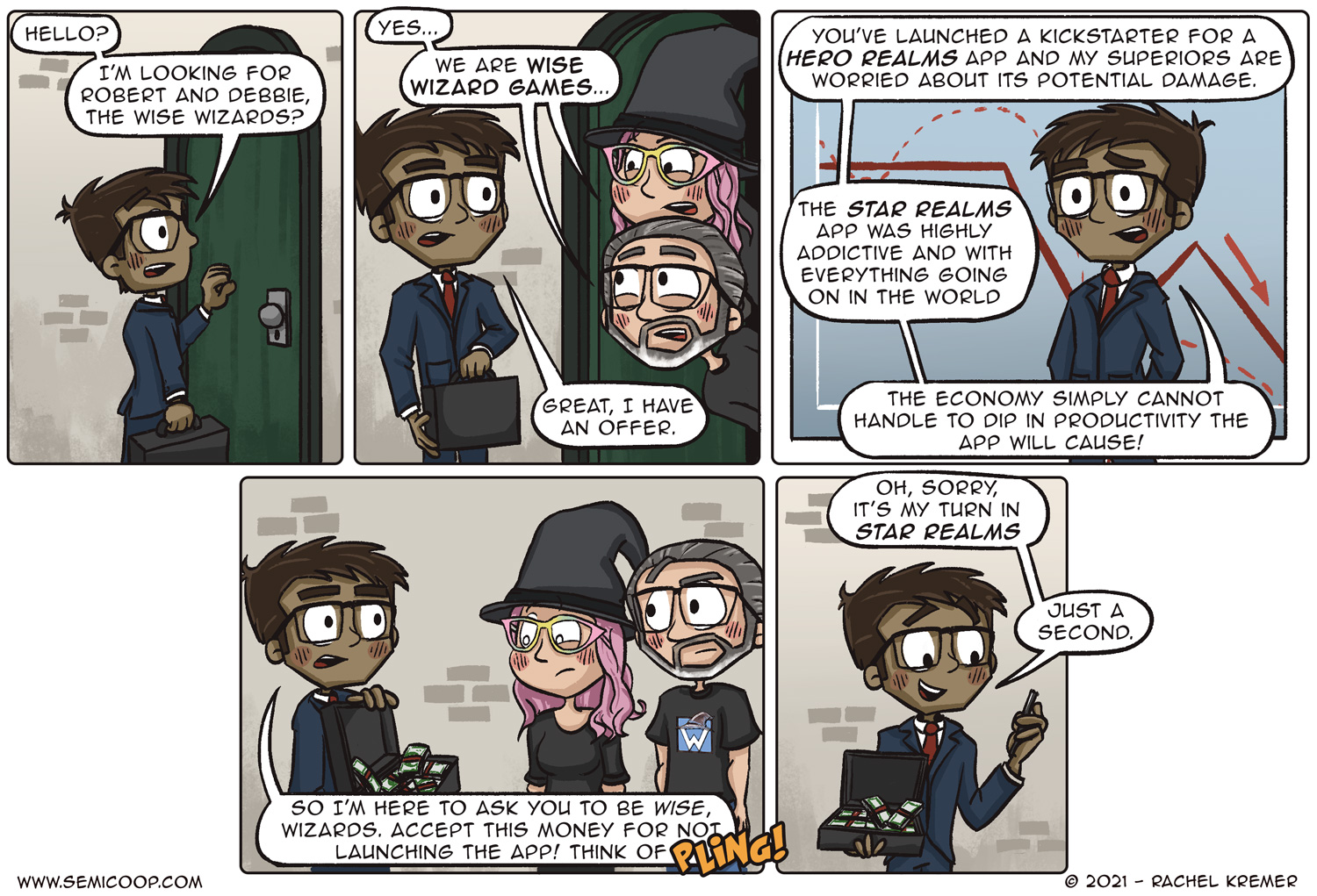 We’ve spent so much time playing the Star Realms app, we even participated in a Clash of Creators season battling other board game content creators in Star Realms. When Wise Wizards announced they were doing a Hero Realms app we remembered the old viral news that a Google Pacman doodle supposedly had cost the economy several hundreds of millions of dollars and that’s how the comic came about. The Star Realms/Hero Realms games are easy but very fun deck builders and we definitely recommend them if you are looking for something to introduce people into games or just want something quick and cheap to play. Hero Realms can even be expanded upon with a co-op campaign but we haven’t tried that yet.

Speaking of things that are quick and fun, Adam New and his crew have been making these fun comic dub of our comics and the latest one is a video version of the classic comic Field Research. Not only is it cool to have “ourselves” voiced by other people, but it’s also fun to see what creative choices they’ve made in translating a static comic into something moving. Check it out on Youtube!

This week we didn’t play a lot of games but we did finally play Terraforming Mars! We really enjoy it so far although we’ve only played with the basic corporations and no variants. I can see how the drafting variant can make offer some more room for a strategy which sounds good. We are surprised at how heavy BGG rates it. With a 3.24 the score is a lot higher than other tableau games like London 2nd Edition, Roll for the Galaxy, or even Wingspan which we think have just as much going on. Maybe we’re missing some sort of intricate layer of strategy we haven’t seen after two plays?

We also got our first three-player game in of Brew which is just as brutal as with two players but you’ve got to be even more on your toes. I think a lot of people will enjoy this a lot as long as you know this game is mean and requires you to really interfere with the plans of other players to win. With most games being only around six actions per round, and four rounds per game every action counts! You should also know that the forest you are trying to save will get burned down in the battle for dominance which is a very funny disconnect from the cute theme and the brutal way this game plays.

This week will play some more Gloomhaven as always but we’ll also have a Magic: the Gathering draft of the new Forgotten Realms set. We, and the people we’re drafting with, haven’t played Magic in years (or even more than a decade!) and the shopkeep at the FLGS looked very confused when we bought the boosters so that’s going to be fun!

What digital board game have you spent the most time on?

Sentinels of the Multiverse. Between my tablet and my PC I own pretty much every expansion.

Rob and I love your comic and we are so happy to be included in it! maybe there should be a Clash of Creators: Hero Realms 💗 I have Steam codes for content creators 😉

I love Terraforming. Get Prelude as a must. The others, as you see fit. Also I highly recommend the World Government Increase Rule that I think came with Venus. Provides a light option to mess with people and to keep things moving if everyone is playing with engine instead of ending the game.

I agree with Jon. I play Terraforming regularly with mit girlfriend. It gets better if you add corporations and corporation area cards and even more so if you add Venus cards (which adds more strategies and refines existing ones). Add drafting and you can really build cool strategies. I have also played the solo variant a lot on steam, because at this point I really enjoy going through the motions. 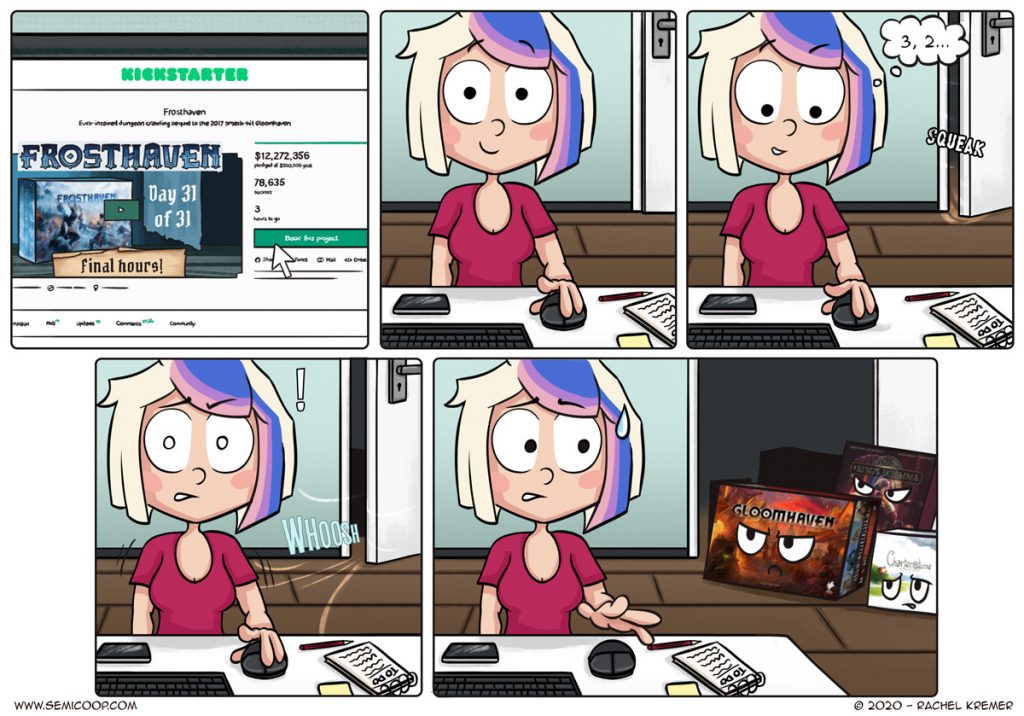