Imperium: Classics was kindly provided by Osprey Games for free. We thank them for giving us this game which led to this comic! For more information on how we deal with gifted games, please see our FAQ.

Last week Imperium: Classics suddenly appeared on our doorstep and we played two games so far and we’re impressed. It’s a deck builder about making your civilization the greatest. The classics box comes with eight asymmetrical civilizations that all have their own scoring and abilities which require repeated plays to really get the most out of it. Next to Imperium: Classics there is also Imperium: Legends with eight more civilizations, which according to the manual, are even more complex, so if we ever feel we have exhausted these eight factions we can get that and keep playing Imperium for a long time.

While reading the rules Rachel noticed that every turn has a mandatory clean-up phase, which honestly I should do every time I work at my desk. I already switched to a smaller desk to minimize the clutter but it is still littered in notebooks, miniature paints, old Gaslands cars, and all manner of electronic devices and cables. Maybe I should hang up a little player aid at my desk to remind me of the clean-up phase…

Next to Imperium: Classics, we also played Riftforce as we gave it as a birthday present to one of the nephews which is a fast and tricky dueling game. The game is pretty easy rules-wise but it offers a lot of room for making the most out of the abilities of your factions and the smart positioning of your cards. Even though we play a lot of games and are fortunate enough to know some game designers it is rare that we play a prototype and slowly see it turn into a real game. We first heard of Rift Force from illustrator and game designer Roland MacDonald at UKGE 2019 and he was very impressed by it. Six months later at Spiel 2019 OneMoreTime games had a booth with several tables just to demo their prototype version without art and even a clear idea of what the theme was going to be. It’s very cool to play it again eighteen months later with final art and as a cool game for a good price.

This week we were going to start our Pandemic Legacy season 0 but because things are opening up in the Netherlands our game group suddenly had band practice! So we’ll have to wait a little longer to crack open that big box of secret goodies and play some other great game in our collection. 🙂

What rule from a board game should you be applying in your actual life?

Upkeep Phase in Magic. Because it is important to make sure you keep up with your upkeep costs and triggers, like paying the bills and taking your meds.

In this deckbuilding game, you try to make one of the eight civilizations the greatest of all time. Rise from a barbaric tribe to an empire while making sure the unrest amongst your people does not reach critical levels leading to your downfall. 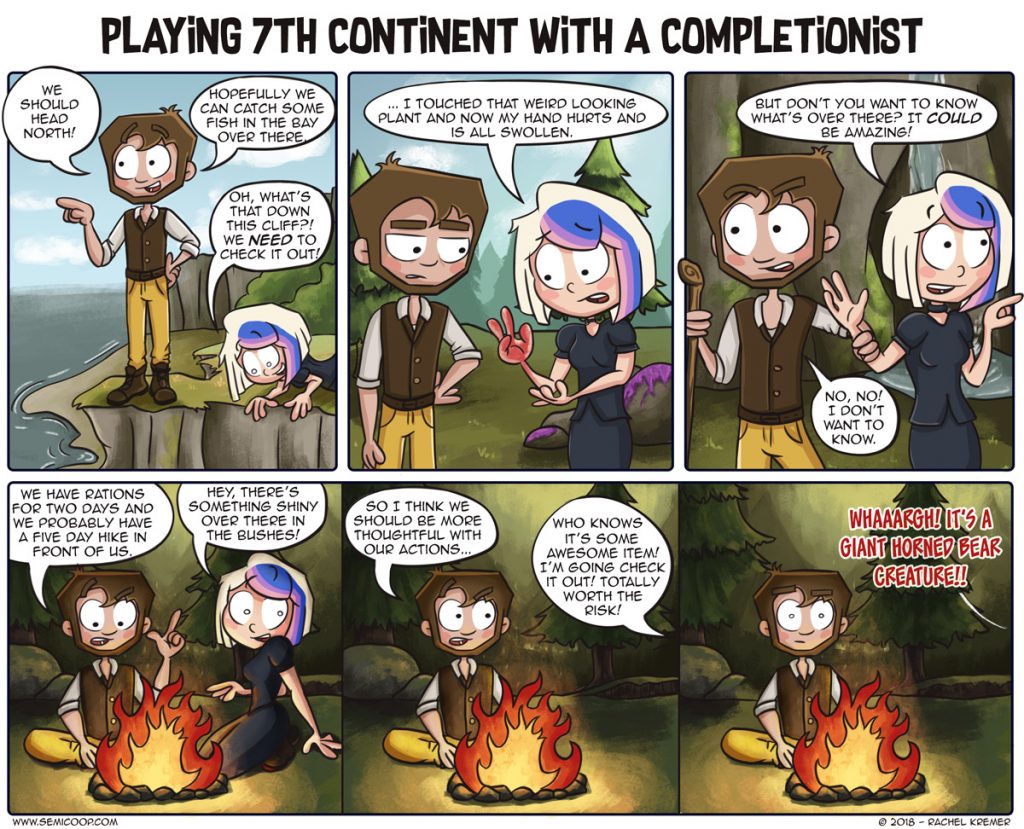