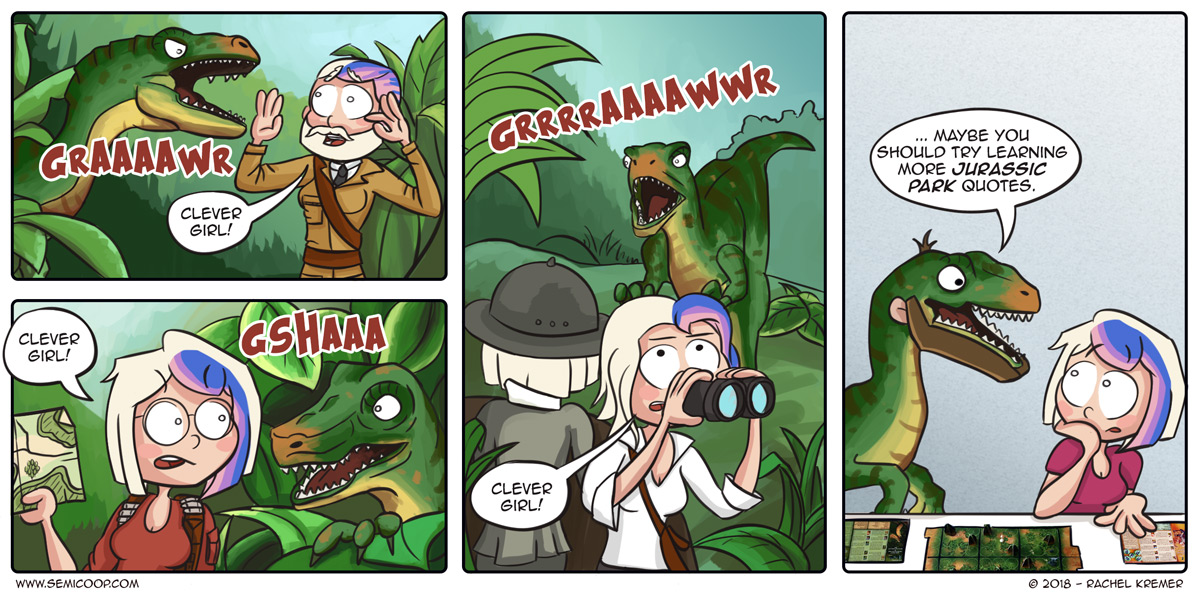 Raptor totally deserves its own comic. And yes, we did utter the words ‘Clever girl’ from Jurassic Park multiple times during the first few times we played the game.

We’ve been playing a ton of games last week! We continued our Pandemic Legacy Season 2 campaign and it’s getting exciting! We’ve had a glorious victory in March and we are now dreading April and we are 100% certain it will be impossible to win and are going to focus on damage control.

Also, we’ve started with the biggest game I’ve ever seen. GLOOMHAVEN! The amount of content in the box is simply intimidating and I wonder if we’ll ever be able to finish it, but for now: it’s fun! And we’re going to try and tackle the second scenario tomorrow. It feels like an entire fantasy RPG game like Neverwinter Nights or Diablo… made psychical and put in a box.

BoardGameGeek has been targeted by DDOS attacks lately and we sincerely hope that whoever is doing it, will stop doing so. It has a great impact on all the people who just try to provide an online space for people sharing their interest and love for board games. It of course also affects the members, but I can’t imagine how it must be for the people who try to keep the site running. All the luck to them!

Are there any movie quotes that you like to use during certain games? 😉

Just started Gloomhaven here as well! 3 scenarios in, and we’re still loving it 🙂

Raptor is an asymmetrical two-player game in which one player plays a team of scientists with their main goal trying to capture three baby raptors for research. The other player plays the mother raptor and tries to fend off the scientists and let her babies escape. Support us through affiliate links or visit and support your local game store! Amazon.com 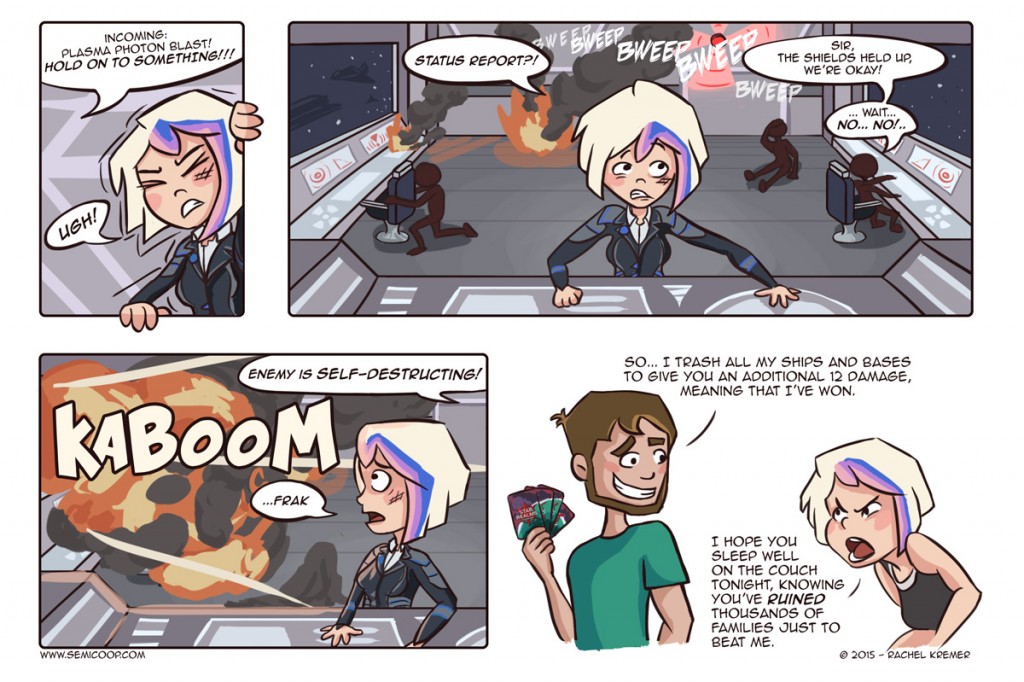