CMON isn’t the only company running Kickstarter campaigns with towers of add-ons and stretch goals, but they are to most notable one, so that’s why we named them in this comic. We’ve never gone for the biggest pledge with a big board game Kickstarter but even with the smaller ones we’ve received, like the Root Marauders expansion, we quickly feel overwhelmed and aren’t sure where to begin which results in the game not getting played for a while.

So whenever we see people receiving a tower of Marvel United X-Men boxes containing a base game, loads of expansions, and smaller boxes containing Kickstarter exclusive add-ons we are impressed and a little intimidated at the same time. We do love it when people say it’s their favorite game and they enjoy having so many options, which just shows there is no right or wrong way how to collect, play and enjoy games. 🙂

Speaking of enjoying games, we played some good ones this week! KLASK returned to the table and it’s still a wonderful air hockey-like game that is instantly fun. We’re pretty sure that getting people excited for KLASK is the easiest job in the world. We also played Great Plains, which is a super-strong addition to the already super strong Two-Player series from Lookout Games. If you like simple abstract area-control games like Fjord, we highly recommend it.

We also played Destinies, which for us works better as an experience than as a game. We love the over-the-top end of the world setting and the dramatic absurdity of the events but as a game, it’s too dependent on dice rolls and sometimes accidentally bumping into the right storylines to progress. We do have high hopes for The Dark Quarter as the skill system is fun and we think the switch to co-op will help to make player successes feel better because you progress as a group instead of competing players. Lastly, I played my first game of Twilight Struggle against a human player and I want to play it again! It’s simple in its rules but complex in ebb and flow and I want to understand how to be good at this game.

What is the biggest Kickstarter pledge you’ve ever received?

I’ve found the world of Kickstarters and Gamefounds quite intimidating. There’s a lot out there and I have no idea what is and isn’t good.

I eyed Artisans of Splendent Vale, but ultimately didn’t back it. The first crowdfunded game to arrive should be Too Many Bones: Unbreakable, later this year. A relatively humble base game, 3 expansion characters, 2 content expansions and a game mat. Oh and a 3D pop-up book with additional gameplay.

A family-friendly co-op game about Marvel heroes defeating bad guys. Find out more over at BGG! 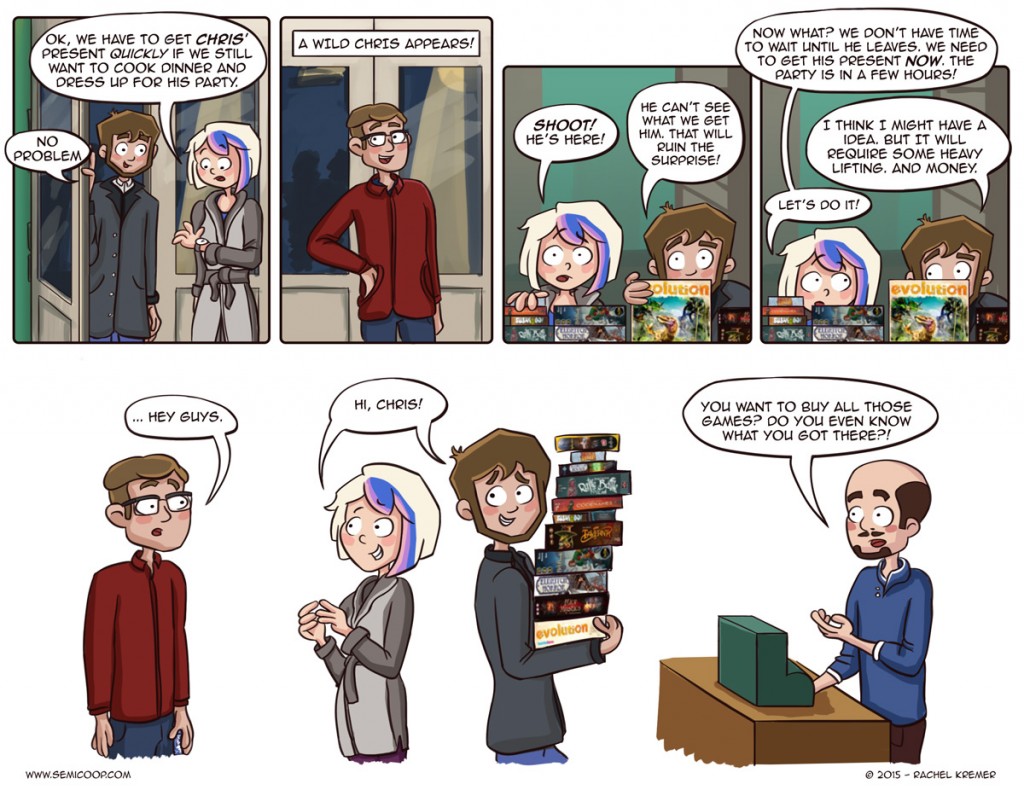