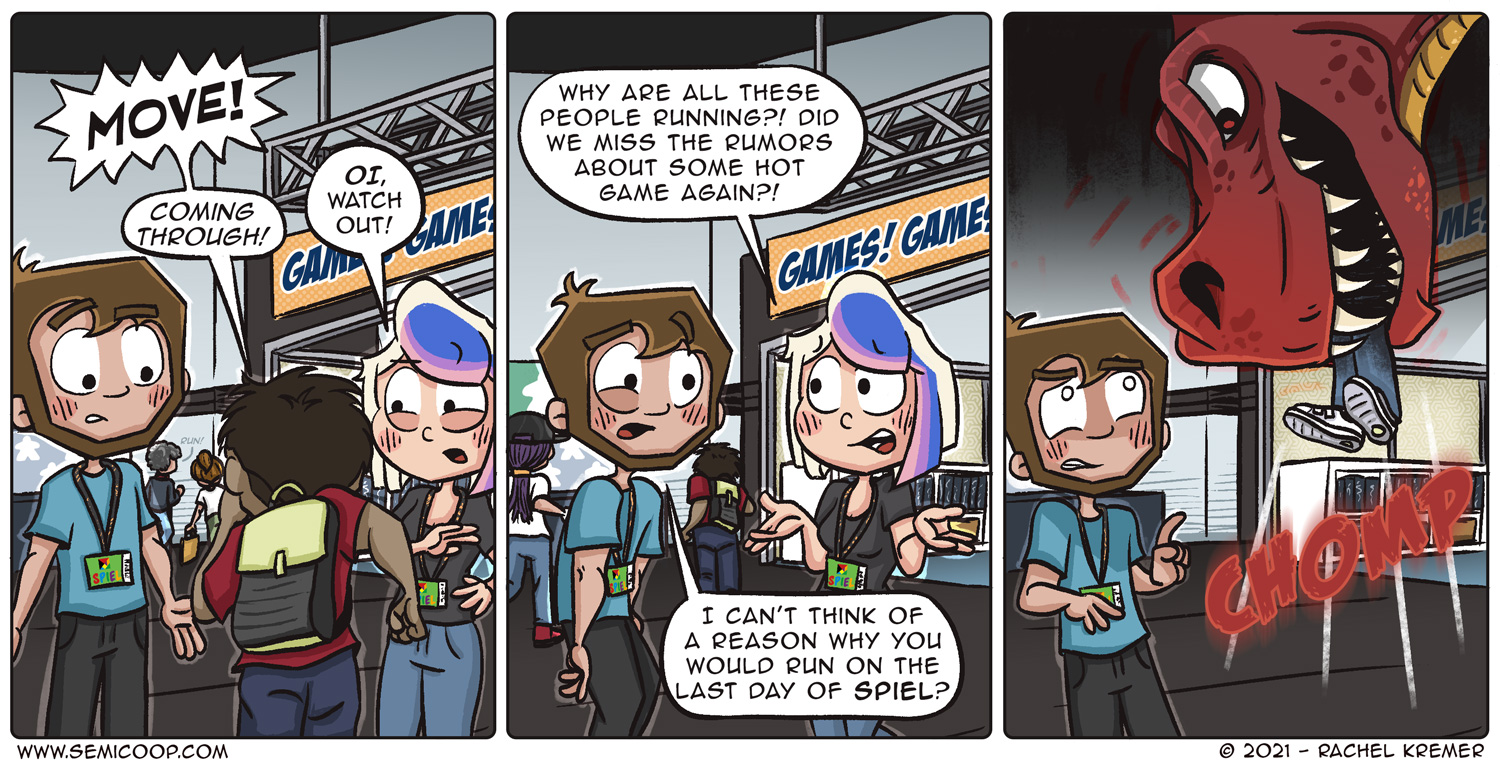 Seeing hype suddenly swell around games this year at Spiel was very different and interesting when compared to SPIEL in the before days. Because Board Game Geek was not at the fair, there was no “official” top game list that was created during the con which resulted in the most popular games before SPIEL remaining very popular, a phenomenon mentioned by Ignacy Trzewiczek in his SPIEL vlog. On the other hand, we experienced that you could suddenly hear several people in short succession say that they heard that game X or Y was very good. We assume they talked to the same person just before we talked to them?

Today’s comic is based on one event we can’t explain but probably has to do with a hyped game. On Sunday morning we were sitting down to try Unicorn Fever and suddenly people on the con floor came running past the booth. Because it was the last day, most of the popular games were already sold out leaving us, and the person running the demo, a little confused about what was going on. We never figured out what it was so we’ll guess there was an actual dinosaur that people were running away from and that we just missed it. 😉

Speaking about games released at Spiel, last week we played a whole slew of them and most of them were great! We started on Tuesday with Destinies from Lucky Duck Games. This is an app-driven competitive RPG-like game in which the players try to be the first that fulfills their destiny. It plays a bit like Mansions of Madness but because you play against each other, the third act of the scenario felt a bit tenser. We really enjoyed the experience and even ordered the Kickstarter exclusive expansion Myth & Folklore from the BGG Market the next day.

We also played the Expedition Leaders expansion for the Lost Ruins of Arnak and while it’s a very interesting expansion we also realized we still enjoy the base game enough to not feel the need to add asymmetrical player powers into the mix. The roles we played were interesting, rewarding you to focus on artifacts for example but we’ll probably only revisit this after we’ve played the base game a lot more.

Some other games that we played and enjoyed were Balada by Albi, a flip-and-write in which you play a Bard and try to compose the perfect story for your hero. Burgle Bros 2 exceeded our expectations even though we were pretty hyped on it already, chaotic co-op fun. Whirling Witchcraft could be a future Kennerspiel nominee with its accelerating madness and interesting mechanic in which you try to beat your opponents transmuting your ingredients to give them more ingredients than they can handle. Ten is another solid game by Flatout Games with blackjack-style push-your-luck and auctions, making every moment exciting. Lastly, we also played Oltréé which, if the other scenarios pace the sense of urgency a bit better, is a very cool and accessible co-op game that will deliver an Eldritch Horror narrative experience in an hour with rules easy enough to enjoy even with younger players.

This week we’ll probably have some time to play some non-Spiel releases, we’ll probably be playing some Gloomhaven, Sleeping Gods and we have a three-player game of Warmaster planned on Sunday!

Have you ever run during a convention or to a store to get a hot game?

That would require a board game convention to occur anywhere near where I live. 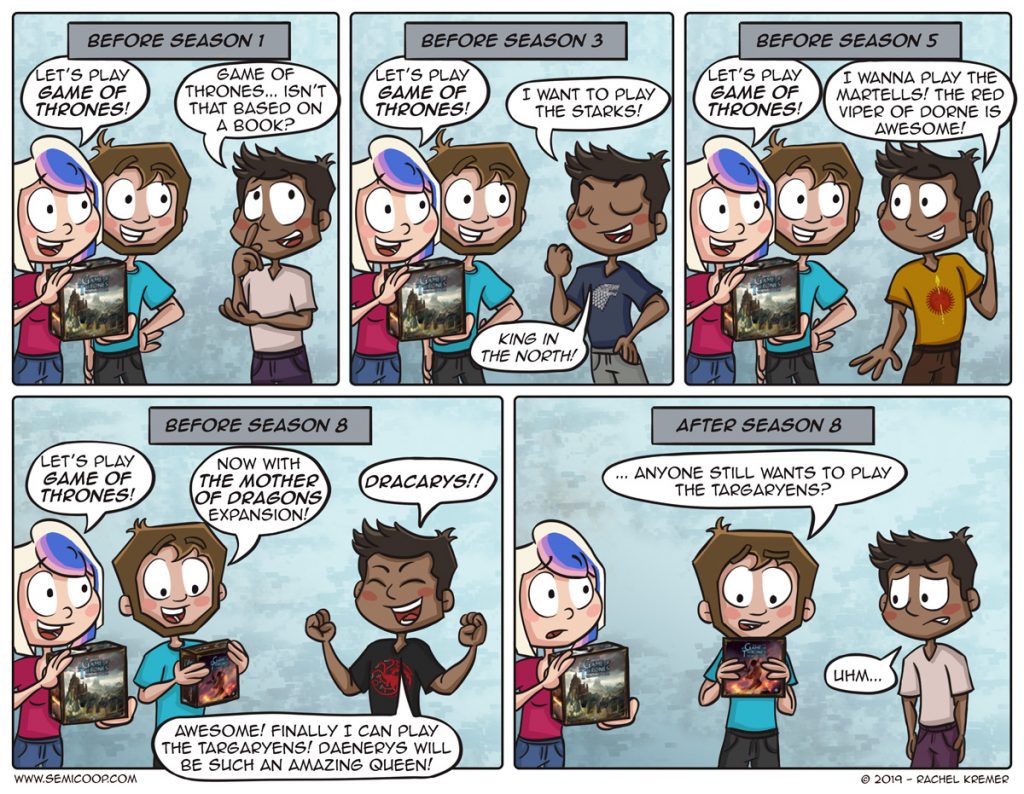