Nope, no April Fool’s joke to be found here, sorry! First, we both kinda forgot about it and most importantly, we already make jokes all year round! 😉

Last week we only played one game of Gloomhaven and a game of Kingdomino. All the other nights, either one of us was too busy to play a game. The Gloomhaven session was crazy though. Our strategy kind of backfired. We ended up sacrificing two characters that had to block the way of a swarm of enemies so that the third speedy character could finish the game by doing the required action. Ok, phew. We really thought we were going to lose this one.

And on Sunday I finally convinced Heinze to join me in a co-op game of Stardew Valley. Which is a total time sink and we should really never play it again for our own sakes… but it’s so fun and way too addicting though.

Semi Co-op’s four-year anniversary is coming up! I can’t believe it’s already been that long since I started uploading silly board game comics to the internet. I’ll share more information about what we’ve got planned next week!

And, in case you missed it on our social media channels, this is the latest extra comic, sponsored by CoolStuffInc.com:
#024 – Comprehensive Method

Any board game related April Fool’s jokes out there we should really know about? 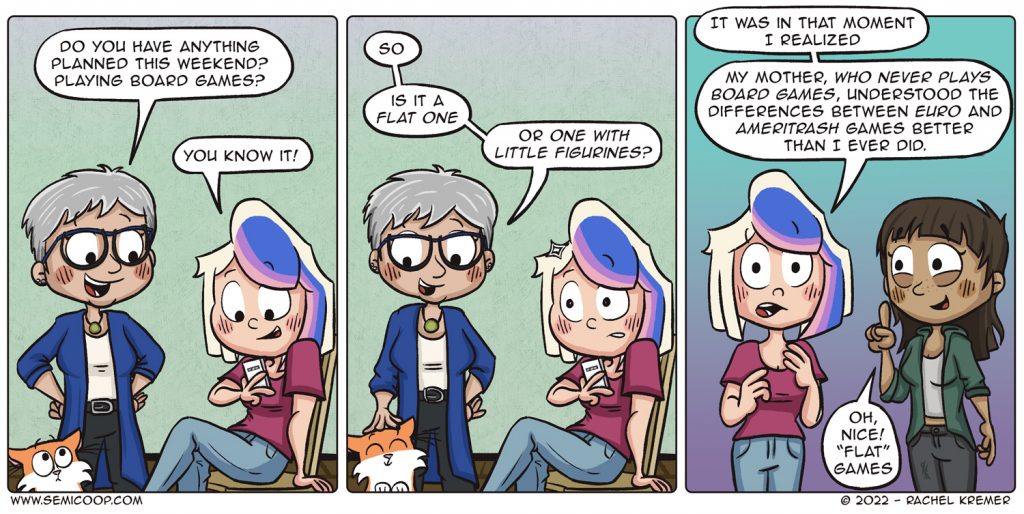