Sometimes it’s easy to justify prices for board games if you look at it from a price-per-player perspective, but we all know that’s just to make yourself feel better about a purchase. 😉 We’ve often used the “oh, but that’s the same price as going to the cinema!” as an excuse and we can play this many many times! A mega civilization game isn’t high on our list and the idea of playing such a game with eighteen people is daunting – but we did make the calculation that it’s “just” ten euros a player if you can manage to find a group and a place to play such a monster of a game.

A purchase that we could fully get behind was the pink train expansion for Ticket to Ride! It’s the result of a special collaboration between Asmodee Netherlands and Pink Ribbon! Of every set sold (MSRP €7), €4 goes to breast cancer research. According to Dicebreaker this special set will also be available in other countries, so keep an eye out if you’re interested!

Having these new trains was also a great reason to play Ticket to Ride: The Netherlands! We’ve played this with our house guest and we could hardly believe it, but we (well, I did) finally beat him in a Ticket to Ride game! That was a first. The scores get insanely high in this expansion though, I ended up being the winner with 295 points, and the other players both had more than 250 points! We did really enjoy the toll mechanic of this expansion, it works well.

Now that we had played Machi Koro 2, Flamme Rouge and two versions of Ticket to Ride with our guest we thought it was time to mix it up a little and play Quacks of Quedlinburg! That was a great success, the game is simple enough to fully grasp the rules within a round or two and it’s always exciting. Definitely a game we’ll play with them again in the future!

After two weeks of playing lighter games, it was time for us to open up the box of Sleeping Gods and dive into the world that Ryan Laukat has created this weekend! We painted our steamboat miniature in a more fitting color and were ready to go! The first few hours did not disappoint, although we quickly realized that playing one “campaign” will not cover everything that’s to explore in the game. We ended up with around ten quest cards and a ton of options and directions to go for our next game! We can’t wait to play it again this week. 🙂

What’s your usual argument for justifying an expansive board game purchase?

It was late, and I was more tired than I thought.

There are two options I default to:

1) THIS IS PERFECT FOR MY GAMING GROUP!
2) I MUST HAVE ALL THE EXPANSIONS!

Option 2 is the most dangerous of the two for certain games. I’m looking at you, Pathfinder Adventure Card Game and Dominion….

I also use “cinema” pricing, or “night out” pricing. …but really, I don’t buy many, so I don’t really feel the need to justify my purchase. 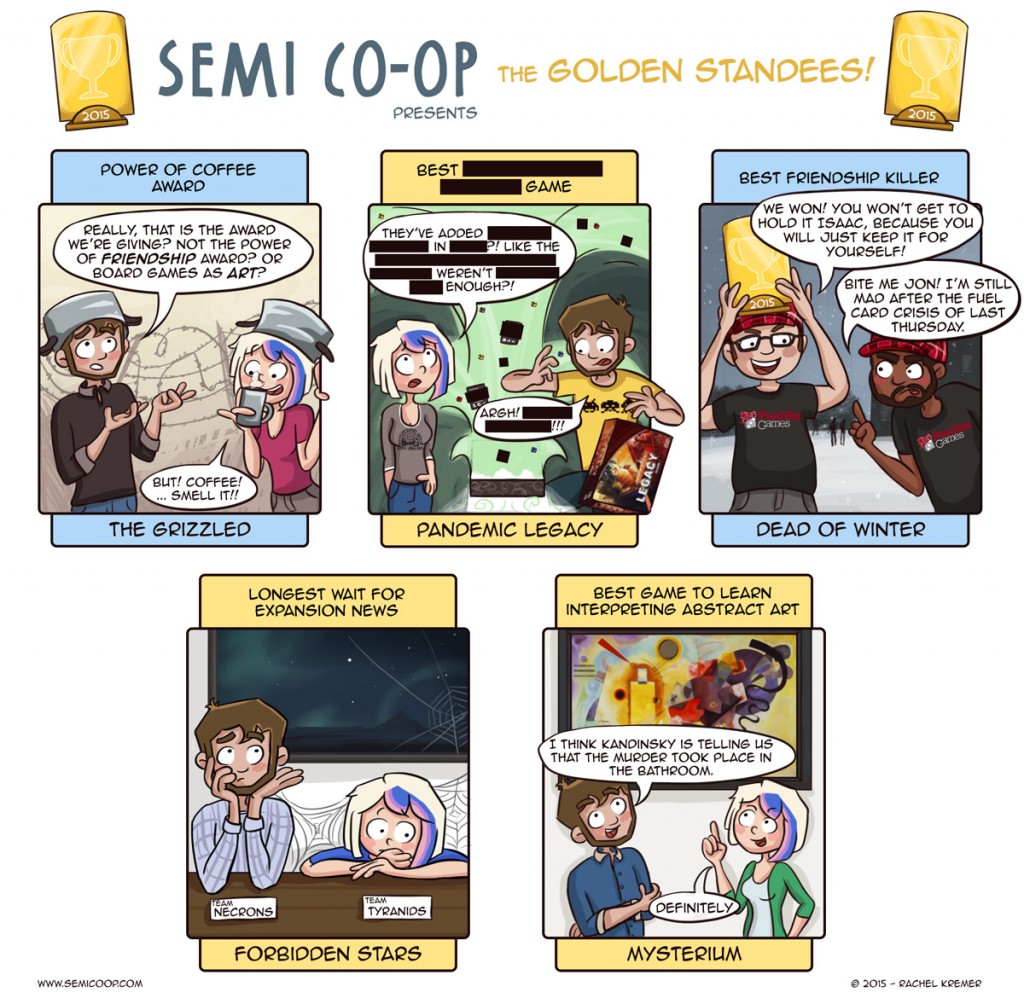