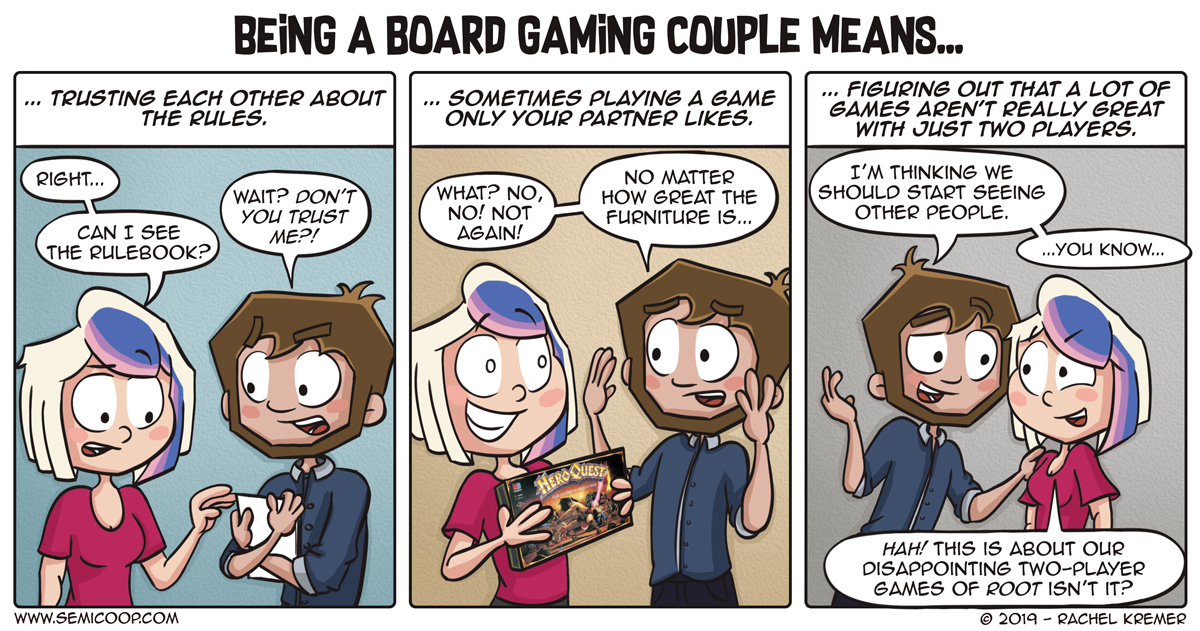 The best thing about Heroquest…

The thing we most often come across is that a lot of games don’t really shine with just two players. Especially when an AI is added, chances are big that it’s not going to work out well. Having a lot of games in our collection, it’s really fine – there are enough other games that we can play that work well with just two players or are even designed for it. But it does mean that some of our favorite games aren’t played as often as we’d like.

A game that does score very well on play counts is Gloomhaven – and finally – after 29 sessions, my character Tony Spark the Tinkerer has retired! I’ve been level 9 for quite a while now and honestly, the game was getting too easy for our merry band of adventurers. With another one of the characters probably retiring the next session, it will completely change the dynamics of the game and that’ll be interesting!

And out of the blue, our BGG secret Santa sent us a message that our gift was ready for pickup! Wooh! After solving a little puzzle, we had the code to pick it up at a local game store. And we got Western Legends and The Mind! Our Santa has spoiled us again this year. 🙂 The Mind we had played before, but we’re happy to own a copy now because it’s just such a fun little game. We’ve also played Western Legends this weekend and the game is much lighter than we thought! We expected a heavier running around the board game, but it turns out to be quite a light sandbox game! And that was quite a nice surprise. It goes up to six players and it’s really something we could play with a bigger group on game nights on a weekday.

Yesterday, we early-celebrated Heinze’s birthday and our younger nephews also visited, so they had a go at our HABA games! We also tweeted a bit about that yesterday. 😀

Since it’s still Cyber Monday, we also have a sale going on in our merchandise store! If you’re looking for some fun Semi Co-op/board gaming apparel, notebooks or bags and would like to support us in the meantime – check it out! 🙂

Being in a board game couple means…?

That relatives have to figure out which one to ask about what boardgames you own when it comes to Christmas gifts. I am speaking as a relative to a boardgaming couple, and it’s always difficult to figure out how to ask them about what games they have and don’t have.

Though I will say this comic is a valuable resource for figuring out what games to get them.