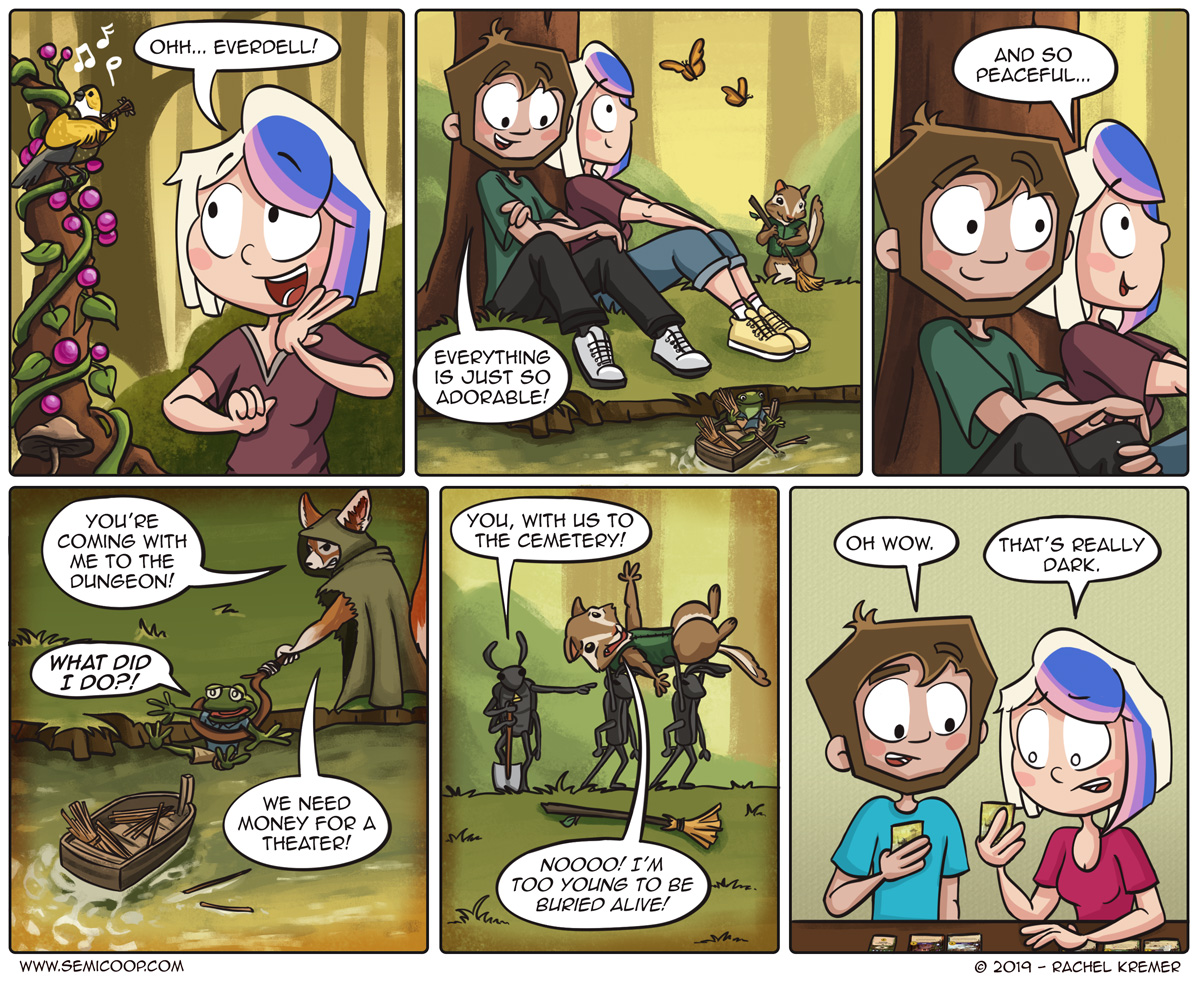 Everdell was a big hype last year and last week and as also said in last week’s blog post – we finally played it! The setting of the game is lovely and cute, but there are a few cards that really stand out and we just needed to make a comic about it. :’-)

We didn’t play as many new games as we wanted, just three games. We’ve played PARKS and Megacity: Oceania.

Technically, it was not our first play of Megacity: Oceania, since we also played it at the UK Games Expo this year, but it was the first with our own copy. We also concluded that we liked the game better with higher player count than two players since your downtime during turns is also the moment you get to put together your pieces to build an awesome building and thus downtime is very very short with two players. We might try adding a sand-timer of 20 – 30 seconds to make sure we would both have time to actually build stuff. But probably this is a game we will play when there are friends around because we think a lot of them will really like it.

And PARKS, which was a great surprise! The production quality is top-notch and there is a lot of game in the small box it comes in. The art is magnificent and we really enjoy the attention to details like the water token that fills up the water canteens of players. We knew it was a looker, but we didn’t know the game itself was as good too. Again, like with Everdell and Wingspan, the game might not have original game mechanics but it’s just a very well executed total package that’s really fun to play. In PARKS, players each have two hikers which they will move on the hiking trail to get resources and other things to be able to visit parks in trade for those tokens. Just like in games like Tokaido, that means it will get crowded on the trail and players will start blocking each other. With two players we already found it was really possible to block the other player and we’re really curious how that is with five players and thus TEN hikers on the trail.

I’d like to conclude this blog post with a shoutout to all the new people supporting us on Patreon! Last week we had hit the 60 patrons milestone and after tweeting about that, that number increased with eight new patrons. Which is amazing. Thank you all so so much! These weekly comics would not exist without your help.

What other games look cute but have a dark side to it?

Symphony No. 9, where you basically take advantage of composers until (and in at least one case I think more so after) they die!

Them dying was the only bit that caught my interest on that game though, it was very poorly taught to me.

Haha, yes, good one! Symphony No.9 does have that unexpected element! You literally make composers work themselves to death. It’s actually quite a fun game, but the colors in the game are very poorly chosen for colorblind people – that makes it hard to get to the table with our gaming groups.

Kittens in a blender – the kittens are really cute but it becomes really cruel when someone starts to blend… :'(

I find it odd that they’d sacrifice the Chip Sweep and the Barge Toad. Those are some useful cards that give you endgame points. I mean, the Bard is right there, and he is much more expendable.

Get sucked in the charming world of Everdell and enjoy seeing your own part of this thriving civilization of forest critters grow in four seasons time. You'll construct buildings, meet lively characters and host events, all while trying to gain the most points! -- Support us by using our affiliate links or visit and support your local game store! Amazon.com 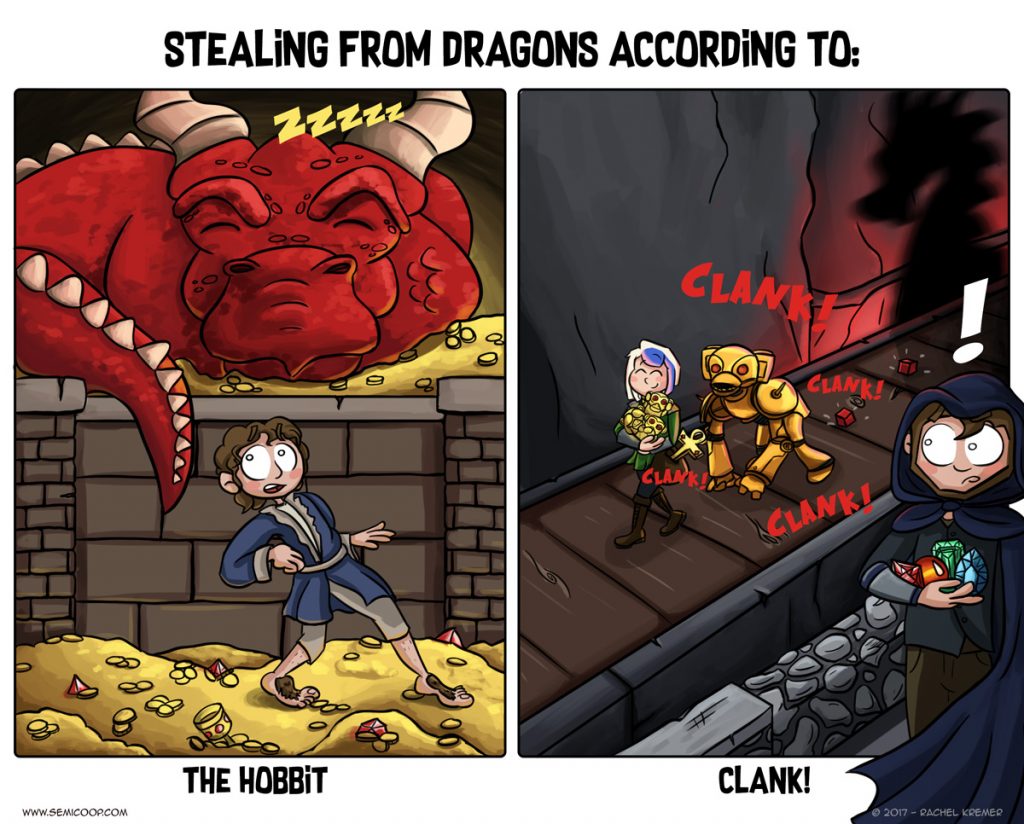