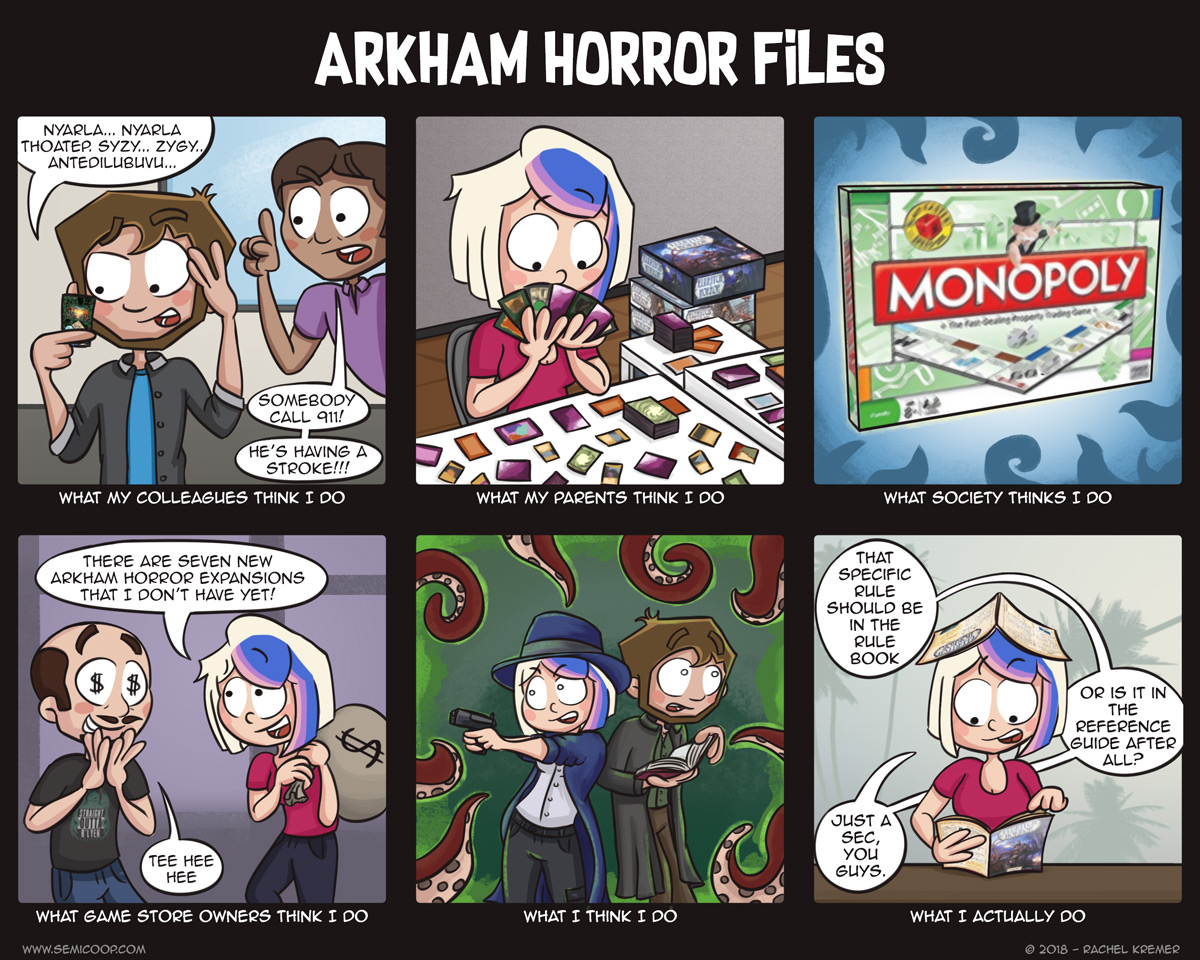 It’s Lovecraft day, so we couldn’t let that pass without a big strip about the Arkham games, which are one of our favorite game series. We agree that Cthulhu is used in a lot of games nowadays, but there is something really fun about your character going insane because he can’t find a book in a library.

Past week we’ve finally played Century: Golem and Illimat with four players instead of the usual two and luckily both games are just as fun with four as with two. Osprey Games also sent over the expansion for The Lost Expedition which is called The Fountain of Youth. This expansion comes with four little expansions which you can add to your game and so far we’ve played one game with two included expansions. We think The Lost Expedition is something a lot of people will like, even if it is just to enjoy the art by Garen Ewing.

Today we’ve also received Root and we can’t wait to try it! Looking at our social media, it seems everybody has already played it so we’re curious to see if it lives up to the large amounts of hype it has been getting.
Something we are certainly hyped about is Essen! We’ve booked our hotel and we’ll be there for the full four days for the first time! We’re excited about meeting new people and our friends from previous conventions and trying a small amount of the 1300(!) games that will be released at Essen. Our good friends Chris and Els are also coming along so we’ll have a blast! If you are coming to, don’t forget you can make your appreciation of Semi Co-op know by wearing our merchandise! 😉

Which Cthulhu based game is your favorite?

Arkham Horror 2nd Edition is without a doubt my all-time favorite. It’s a great-big-hideous-lumbering-sexy-beast of a thing and I absolutely adore it. But since I’m the only one who plays it and my wife groans every time I set it up on the dining room table, Elder Sign with the Gates of Arkham expansion is the next best thing.

I have very mixed feelings about Arkham Horror… it was the first big-box board game I ever owned, and my friends pooled their money to buy it for my birthday. I think we only finished a game of it once, though, and for a good while after I moved, I only played it when that group got together every year or two, which meant every game was a learning game and it led to frustration and boredom until I just gave the game away.

Nowadays I’ve got a lot more experience with board games and I’d probably have a much easier time re-learning and teaching it, but I also know there are games that could give a better experience for the trouble, or a similar experience with much less complexity and setup (especially the later games like Elder Sign and the AH card game).

@AuthorX, I’m in a similar position – one of the first big games I bought (2e), played it quite a few times (along with Twilight Imperium 3e), but it didn’t come out often enough to justify the space it took up and I sold it on.

I also find, like Eldritch Horror, it’s a bit long for the fun you get out of it. 3e may help with that.

Come and say hi at Essen – I’ll be demonstrating for Indie Boards and Cards.

Favorite Cthulhu-based game? Toss up between the classic RPG and Elder Sign. The RPG is especially fun if you have the right GM for it, but Elder Sign has the advantage of being able to be played without a group of friends required.

The best Lovecraft-themed game for me is by far ‘Mansions of Madness Second Edition’. It has the best mix of story, mechanics and replayability while being full-coop.

Arkham Horrors was the first big boardgame that I played which also started my obsession with boardgames, so I should probably count that as my favorite.
But we played it only once since I got my hands on Mansions of Madness 2nd Edition which we play at least once a week since nearly two years.
Arkham Horror may started it all, but Mansions of Madness is my favorite.

Well, I’d say the best one I’ve played (not that I’ve done many) would be the app version of Elder Sign. I also recommend Cthulhu Fluxx if you’ve got 15 to 30 minutes to kill and you want just a taste of Lovecraft.

In this cooperative living card game you're going to have to fight your way through unspeakable horrors and battle terrible creatures that originated from Lovecraft's stories. More scenarios will be released on a regular basis so you can continue the story if you dare. Support us through affiliate links or visit your local game store: Amazon.com 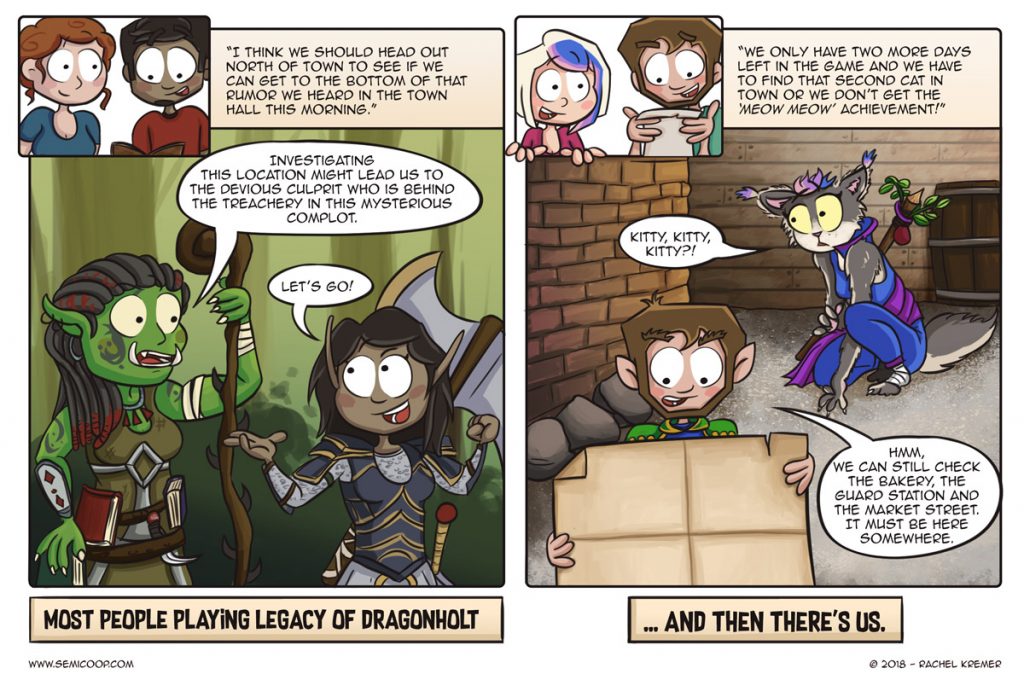