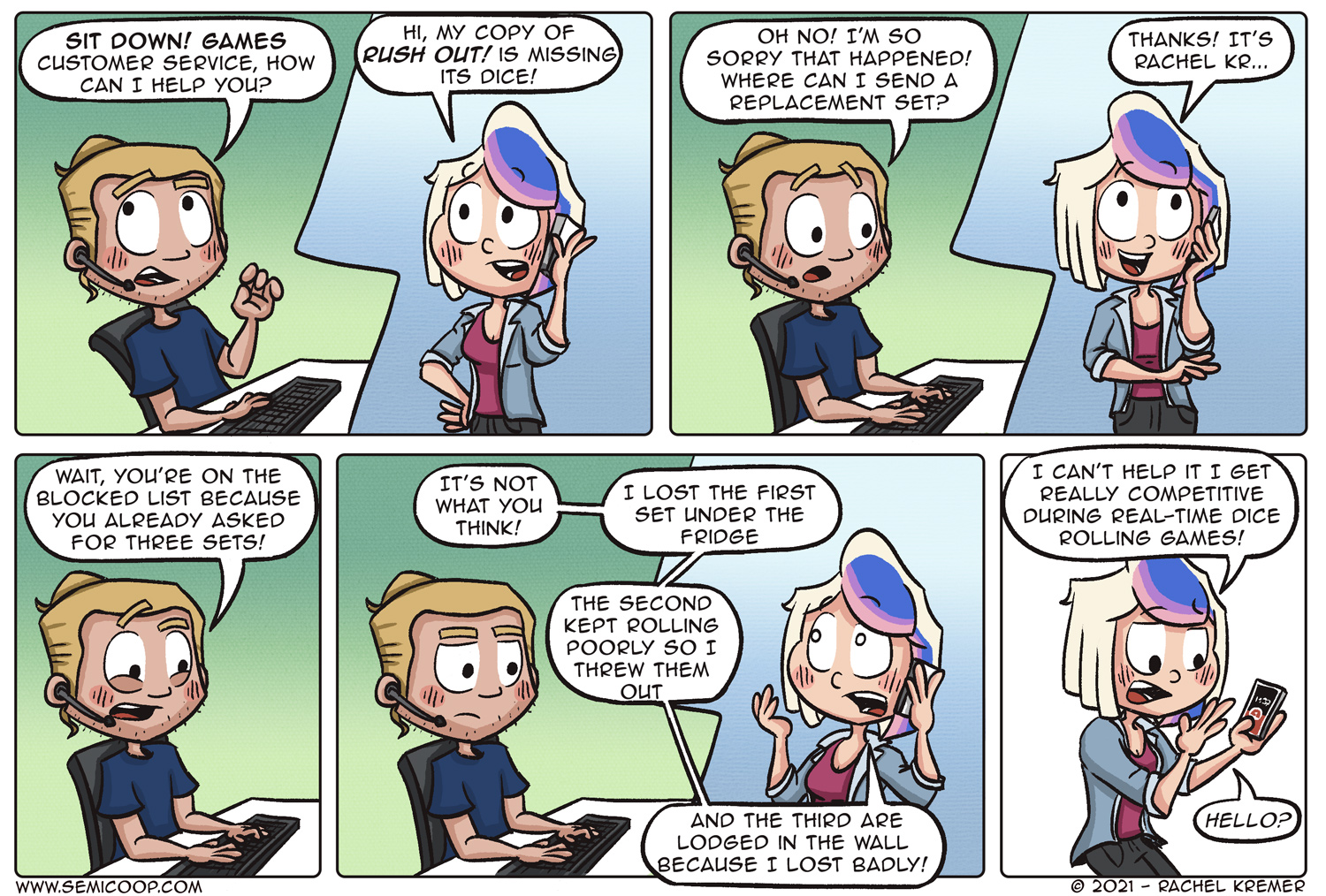 We’ve never had issues with any of the board games we’ve owned, but hearing stories from friends and other people online we’re always amazed by the incredible service that is provided by publishers! 🙂 Personally, we’re not really picky and don’t mind when game boards don’t lay 100% flat on the table or if tokens and cards have a little printing offset. I can imagine that customer services are confronted with very critical customers and it might be hard to decide where to draw the line?

We haven’t played Rush Out! yet, contrary to what the comic suggests since it’s not really a game fit for our house guest whom we’re playing lighter and more easy games with. Besides Machi Koro 2, we’ve also introduced him to the smaller version of Ticket to Ride that we own, Ticket to Ride: Amsterdam! And even in this version of the game, he managed to beat us. One day… one of us will beat him. We also have a borrowed copy of Ticket to Ride: Nederland laying around which we should probably play and try to beat his winning streak!

Another game we thought would be a success was Flamme Rouge – and we were right. The theme and complexity were just right! As with all of our games, the game was exciting until the very last round. Another game we think might work really well is Quacks of Quedlinburg! It’s surely very different from the games we’ve played so far, it’s exciting and really easy.

Have you ever had a game with missing, damaged, or badly printed components?

I preordered Whistle Mountain from Bezier, but it was missing the whistle tokens. They were super nice and got replacements out asap.

My copy of IK High Command had a damaged Protectorate card. But given my general attitude towards Menites and the fact I had expansions to plug the gap, all was well with the world. Though I hear Privateer has wonderful customer service

My copy of Spirit Island was missing most of the presence markers, so I had to use two colors just to play with a single spirit. Greater Than Games was great about replacing the missing parts though, so props to them!

Batman: Gotham City Chronicles came with Green Arrow’s arm broken, which was also promptly replaced by Monolith, so props to them as well.

The boards in my Catacombs KS were warped, and one of the discs was horribly chipped, and once again props go to Elzra games for sending replacements as soon as they could.

I think that’s it.

On the opposite side of all this, my copy of Azul came with a second set of the snowflake looking tiles, which came in real handy when we lost one of them at a friends’ place (they found it and returned it later).

In this speedy dice game, the heroes take on one player that plays the sorcerer who is trying to retrieve the treasure from the heroes! Roll your dice as quickly as possible and the first team to empty their deck of cards wins the game. | For more information, check out the BGG page! 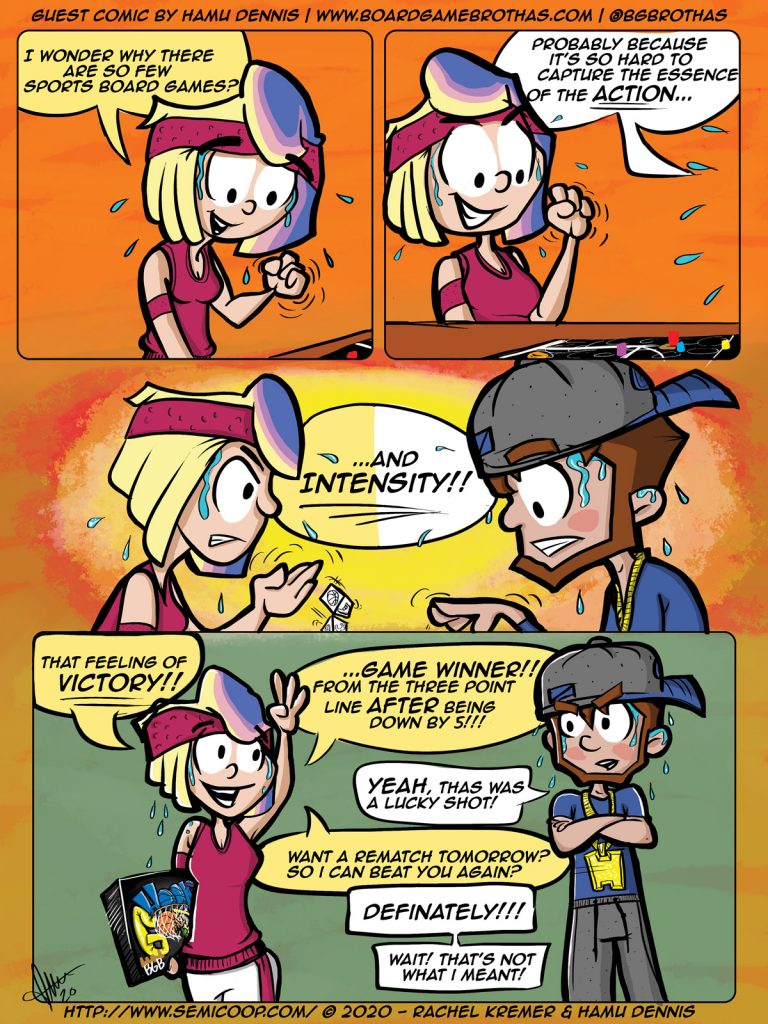