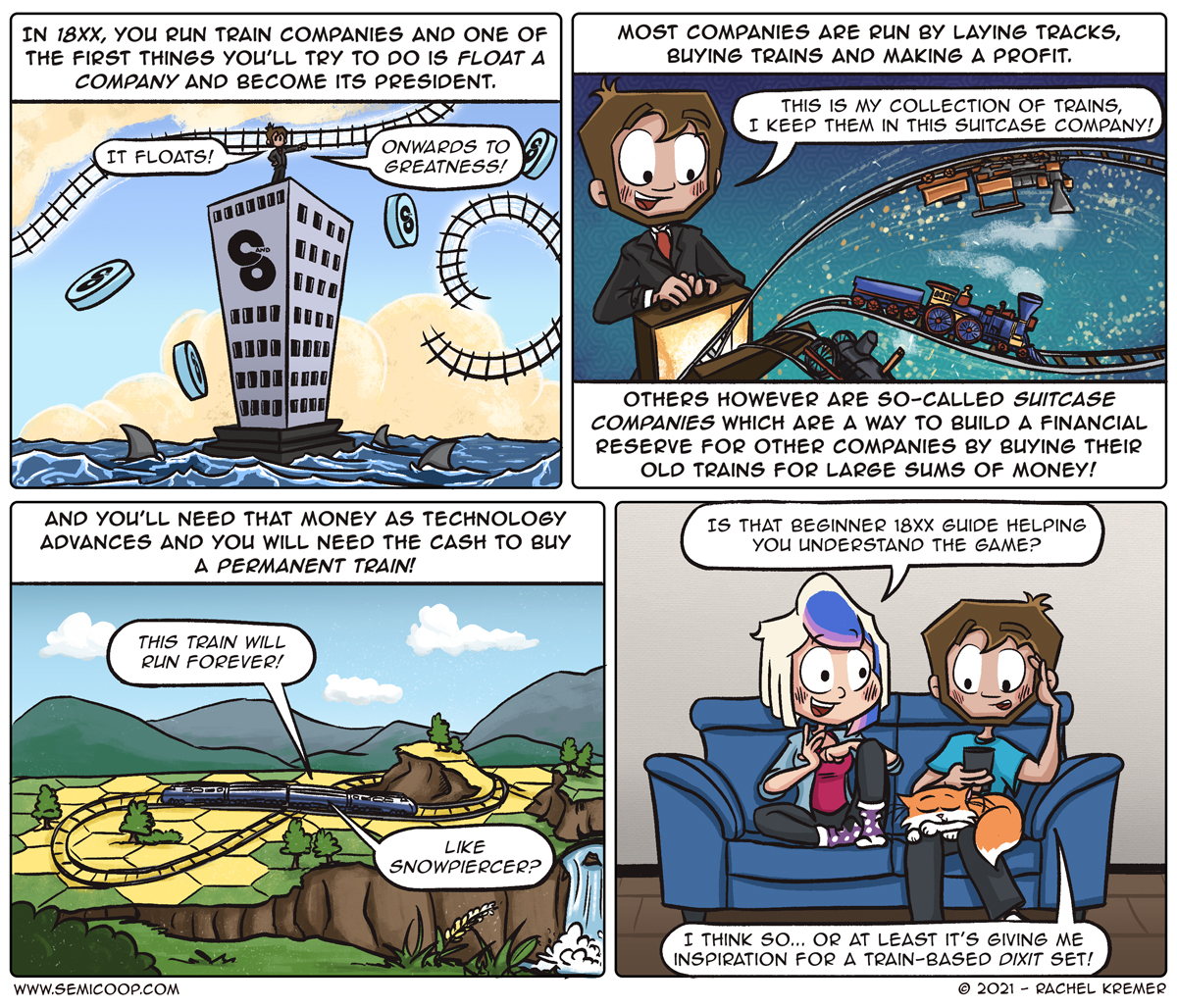 We’ve launched new merchandise and having a giveaway in which you can win a $10 voucher to our store! You can participate until March 5th: https://gleam.io/qhWur/merchandise-gift-coupons-giveaway

I’m writing this week’s blogpost because this comic came from my experience playing my first “18XX” game this month. Many thanks to Jeroen, Nele en Niels for playing two games of 18Cheasapeak and one game of 1899 with me and helping me out when my mind started creating Dixit-like mental images trying to understand it all. 🙂

For those that don’t know, 18xx games are games based around the idea of running train companies and dealing with the stocks that make up these companies. They are quite involved and do require a bit of help from a calculator or even a spreadsheet. Generally, though, the rules aren’t more complex than a heavy euro game in my experience so far. If you want a really good primer on what 18XX games are and why they are so fascinating, I highly recommend No Pun Included’s video on the topic.

I’m someone who likes to try any game at least once because I want to see why people enjoy them. This has led to me playing a 24 hour long game of Diplomacy, which made me realise it wasn’t for me. But it also made me go to Poldercon, a Dutch convention focussed on miniature wargames to play two very enjoyable games of Infinity for example.

18XX games always sounded very mathy and way too heavy but thanks to NPI’s video I realised that that may not be the case. However, the high costs of getting a game and a big poker set kept me from purchasing one just to try it out. Luckily, semi-local gamer Jeroen was smitten by the concept and has been getting several 18XX games and asked if I wanted to join in on an online game using 18xx.games, a website that lets you play several different versions over the internet.

While I’m dreadfully bad at it so far and have experienced all the beginner errors of getting companies dumped on me or taken over hostilely, I did enjoy my first three games. The 18XX.games website enforces and automates the rules nicely, plus the option to play asynchronously works well and it even allows you to copy a game and play it with yourself to understand where the game is heading. I really want to play a game psychically as I feel I don’t fully understand how to play well and because of all the automation gives me less of a feel of what the impact is during certain choices. But in these locked-down times, it has been a fun introduction to a new genre of gaming.

If you like economic games I would recommend looking at 18XX games. It has some very cool ideas that I personally haven’t seen before and I think a lot of heavier gamers will enjoy it. 18Chesapeake in my experience a great starting point as the rulebook is well done and once you’ve played a game, you can pretty easily apply your rules knowledge to learn more complex editions.

What game/genre have you always wanted to try?

Love love love these games! I own a couple dozen of them, and they’re pretty much my go-to at this point. I’m fortunate enough to have a couple groups of friends that like it too!

How about ‘coin’ games? Tried any?

The closest thing we’ve played is Root, but not an actual Coin game, there are several that look interesting though!

I’ve always wanted to try DnD, but I’ve never lived near any sort of group to my knowledge

That’s a shame! DnD, any kind of roleplaying actually, can be a lot of fun!

You’re right! It’s so hard to keep them all apart. 🙂

I’ve had two experiences with 18xx… one horrific (trying to learn 1830 from the rules with all new players) and one actually enjoyable (being the only newbie at the table playing 1846). My takeaway? I get why other people love the game(s)… but they’re not for me.

I’d like to try a tabletop RPG at some point. 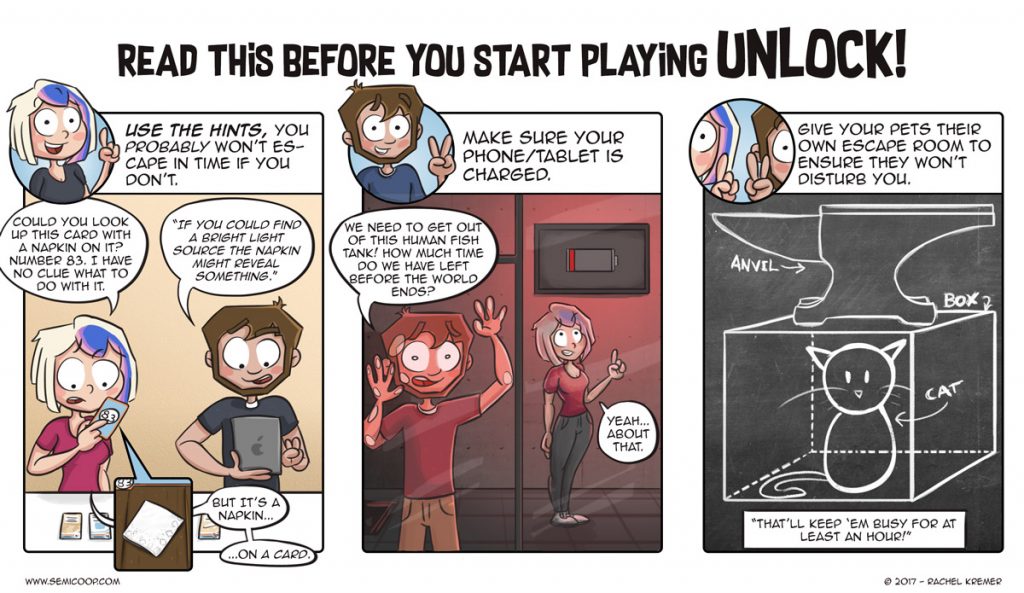