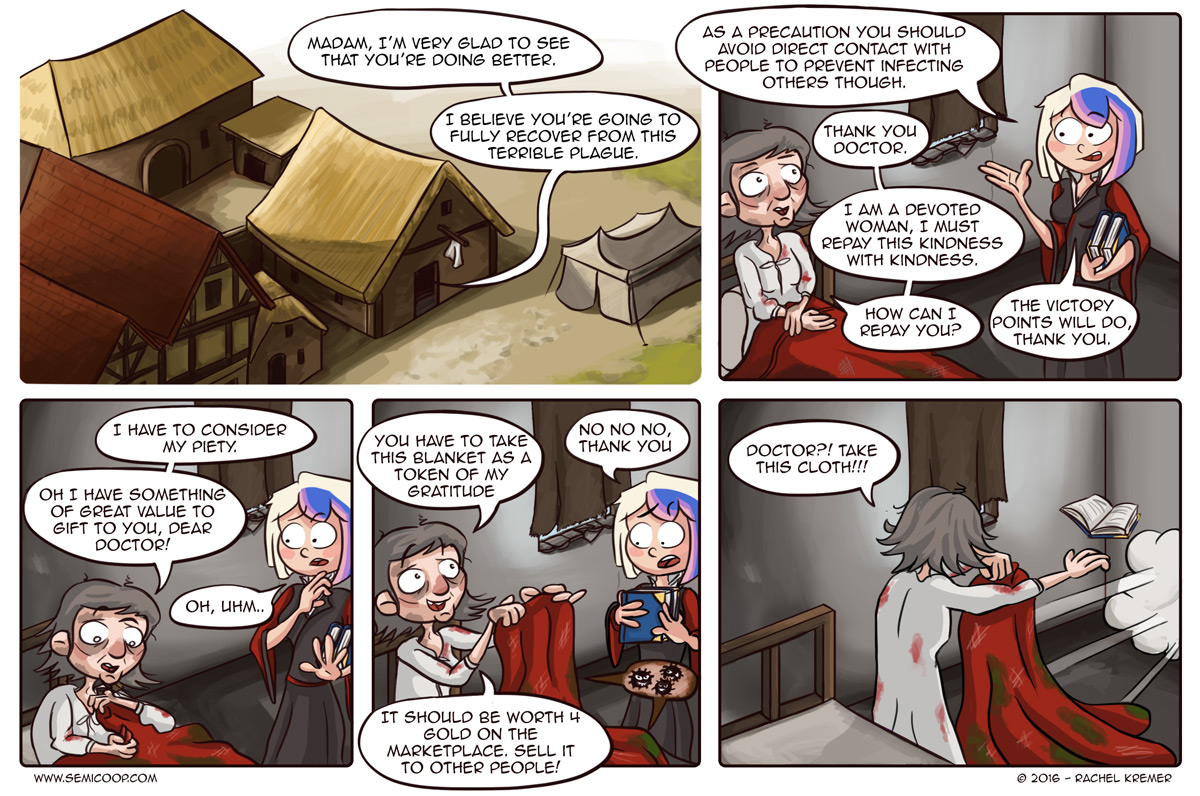 So we finally played World Without End! The game in which you can receive cloth (blankets in the Dutch version) as a reward after helping a plague victim. Well, that does immediately explain why that plague keeps spreading throughout the game. 😉

We really liked the game and we were a little surprised that it’s so good, since everybody is always talking about Pillars of the Earth being the better game (we haven’t played that yet). World Without End is a relatively light Eurogame. It has just the right amount of random events that can change the game around and that can create some tense and hilarious situations but it does pay off to think about your actions.

Our friends told us that the game is terrible with two players,  they were thinking about selling it – but luckily they didn’t yet.

Tzolk’in, aka Gears of Corn. After many games, it’s still always close and the victors have won using such a variety of strategies, it still feels fresh.

The Village is my favorite!
Playing a family in time is a wonderful game but also sad when the old ones dies through age.

Bidding … set collecting … building … and a dash of dice rolling luck; it’s such a satisfying euro-experience! Not to mention, the art is amazing and the components are so satisfying.

The 2007 version is no longer in print and super expensive wherever I’ve found it online. However, a successful Kickstarter reprinting with completely new art and components is underway: https://www.kickstarter.com/projects/michaelmindes/colosseum-emperors-edition

Even though it plays a little longer than a Catan, after the first game I immediately wanted to play another. You see, you’re building on your arena’s progress from round to round – of which there are only 5 – and you’re trying to pull off that last BIG ambitious event before the end … but it takes a lot to get there: round 2 you’re feeling pretty good about things … round 4 you’re thinking, “gah! Can I pull this off by next round??” 🙂

World without End has this love or hate relationship with events. I liked them, I felt they give a lot of “adventure” flavor to light euro that worked well for me. Especially as there are many good euros. Pillars are also nice, but they have more “standard” euro feel to them, so i dont like them that much.

My favorite – Caylus.
Strategy might not be too deep, but a load of tactical trick and clever ways to get small advantages, and best interactive framework I’ve seen so far – mayor. A ton of interaction, but really interesting to play around, as both placement of actual workers and number of coins has huge factor on where he ends. And its quite difficult to target any particular player, despite having a big impact on game. I’ve recently added Tzolkin to my collection, also nice, and calendar mechanism (physical gear turning) stands it apart. Colloseum is interesting, but I didn’t like how trading tiles worked with other mechanisms. I prefer more “pure” games, and colloseum mixes euro-like optimization with strange trading that most of the time does not take place, but might be really important if you make a good trade in right moment. I’d prefer this element taking place more, or being removed entirely. (might be highly meta dependent, we didn’t trade much, but some trades allowed bigger spectacles to take place)

Ahh you guys, so many good descriptions. I wanna play them all now!

(that’s the tip of the Euro iceberg)

World Without End takes place in Kingsbridge, England in the 14th Century. A management game in which you help build epic structures, collect resources, fight the plague, collect money and somehow make sure that you stay loyal and keep your piety! There's a lot to do in this light Eurogame. Support us through affiliate links or visit your local game store! Amazon.com Bol.com (Dutch) 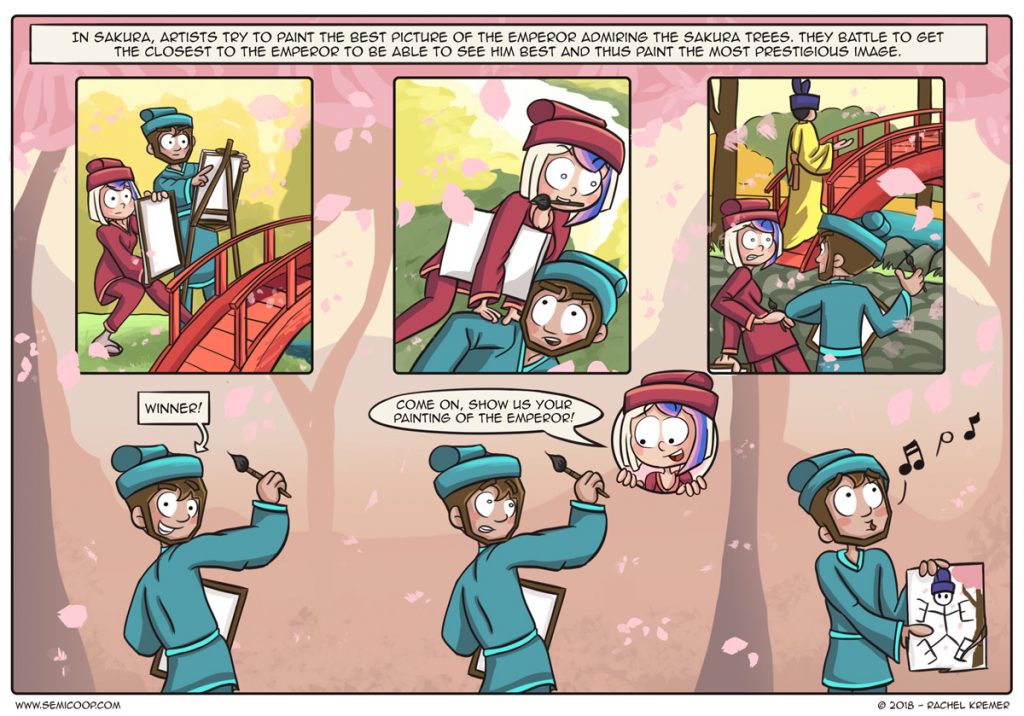