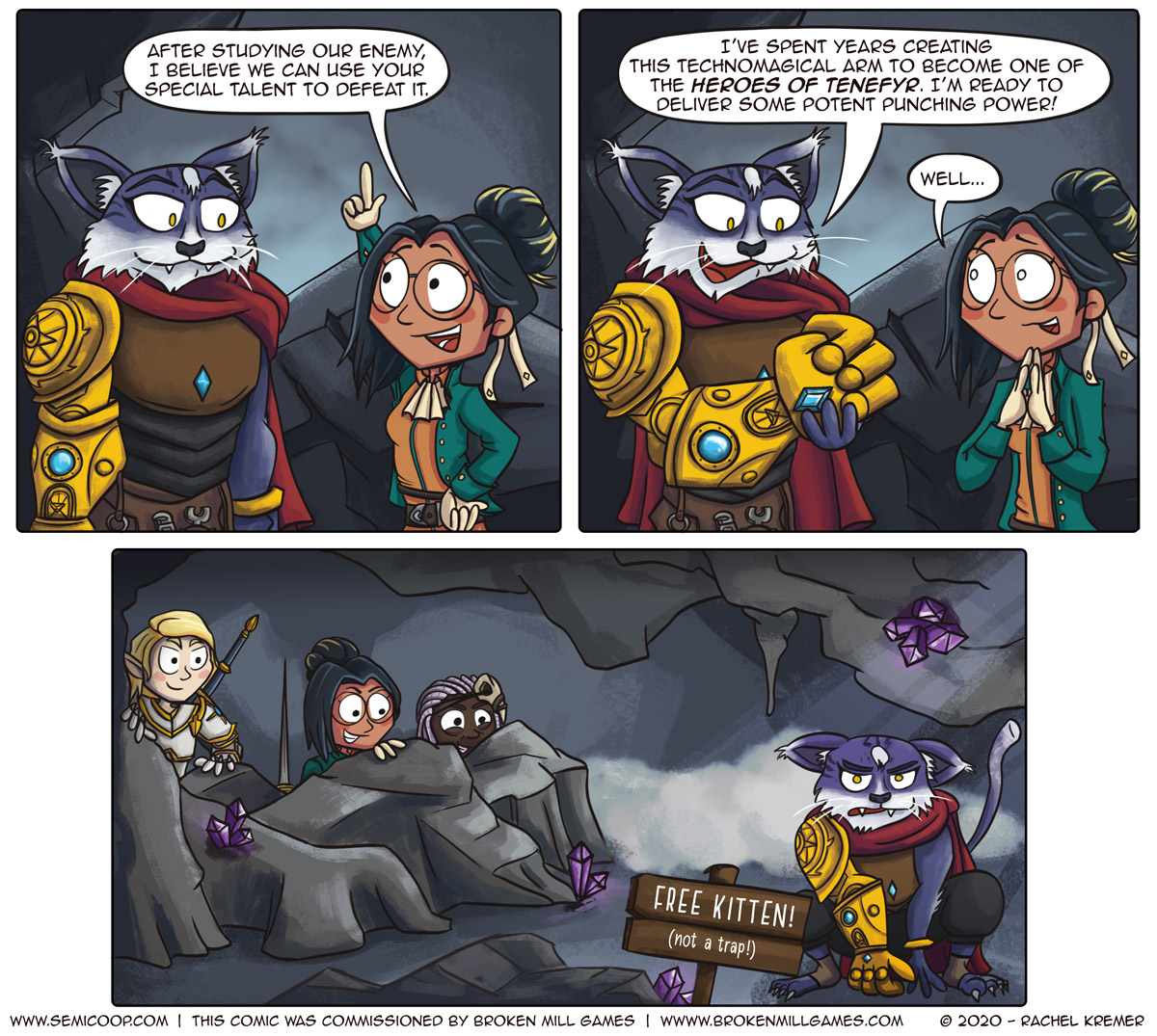 Greetings from Tenefyr and The Netherlands! I’m Pepijn van Loon, designer and publisher of Heroes of Tenefyr: The Second Curse.

Rachel en Heinze did a comic for my first Kickstarter game, Heroes of Tenefyr, back in 2018, and it only made sense to me to return to Semi Co-op for the expansion.

That expansion (and a reprint of the base game) is live on Kickstarter right now:
https://www.kickstarter.com/projects/brokenmill/heroes-of-tenefyr-the-second-curse-expansion-and-reprint

Heroes of Tenefyr is a cooperative, push your luck deck-building game for 1-4 players. Each player takes on the role of a hero and you all work together to fight monsters and defend the village of Tenefyr.
This expansion adds new heroes, enemies, bosses and enough cards to double the content of the base game.
And one of the new heroes is a kitten! I mean a Cat-purrson.

I’d like to close off with a big thank you to Rachel and Heinze for this, and all the other wonderful Semi Co-op comics that brighten our Mondays!

In this fully cooperative deck-building game, players represent the four heroes that protect the village of Tenefyr by entering dungeons and fight the enemies within! With a big fight with a boss breathing in your neck, you'll have to make bold choices. Go for that easy dungeon... or push your luck and try a dungeon that is harder, but has better rewards. The choice is yours! 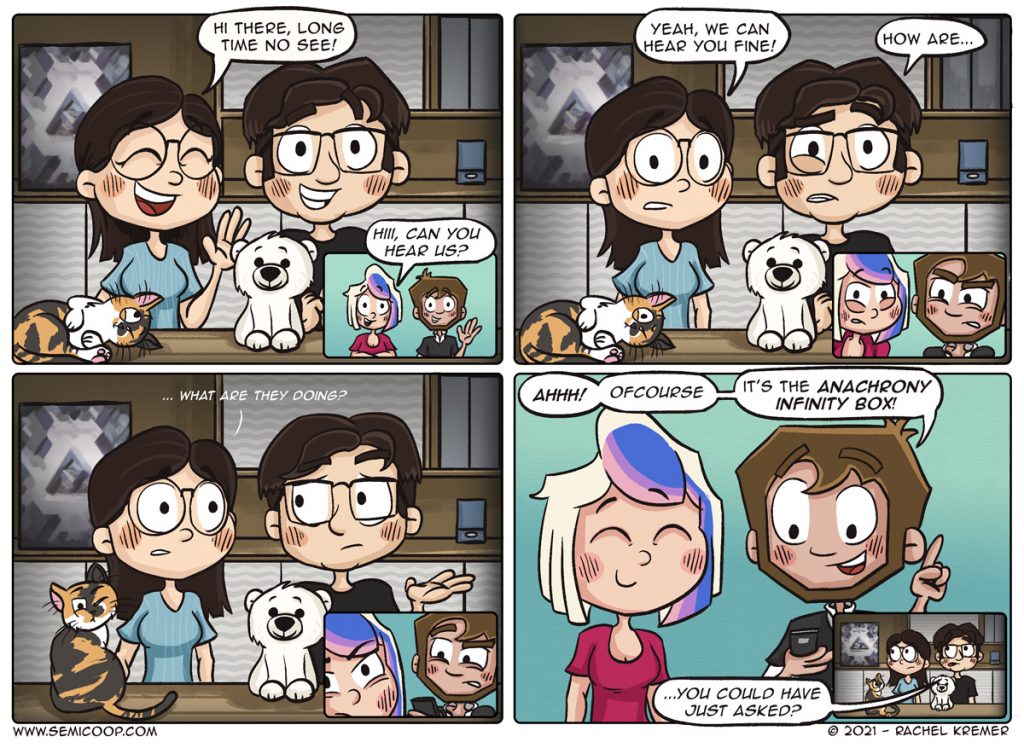