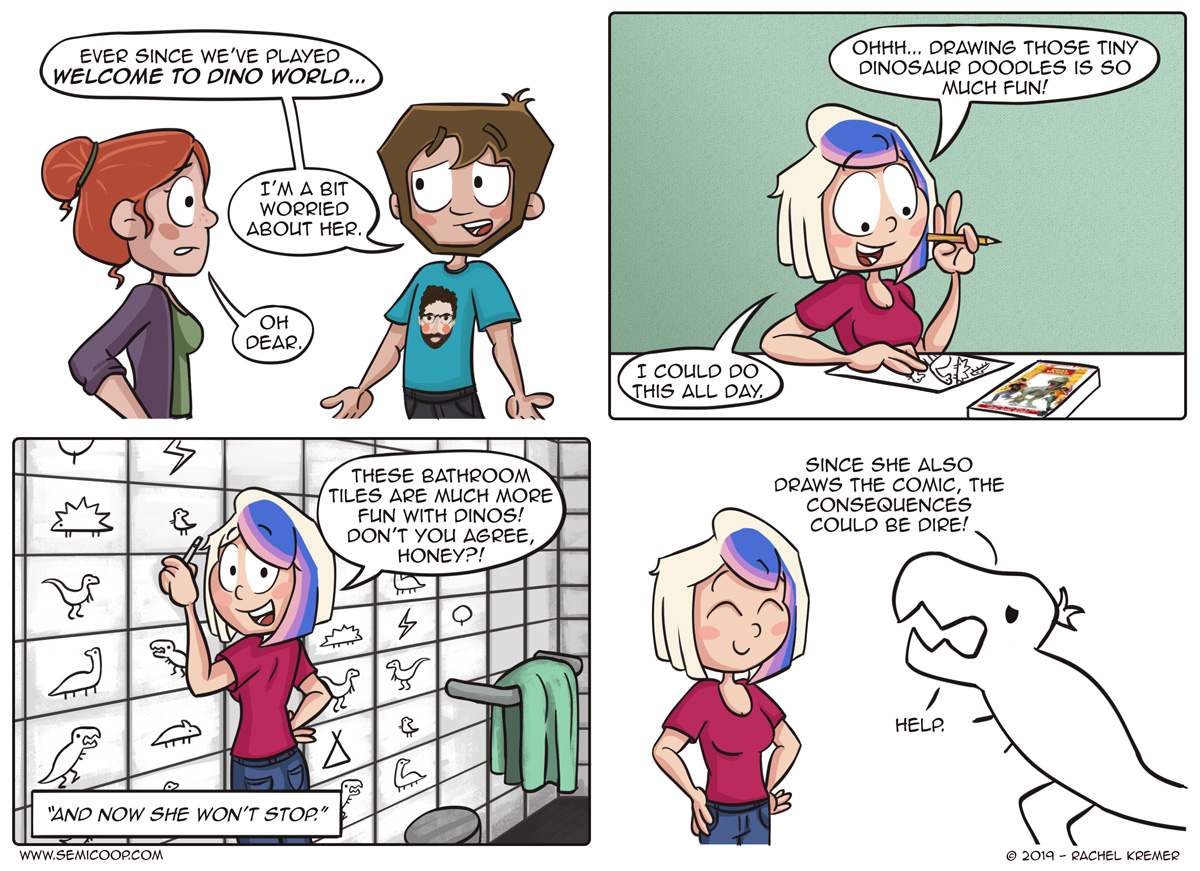 It’s true! Ever since we played Welcome to Dino World and we now play a roll-and-write game that includes Tetris-like shapes or just squares, we feel an urge to draw the cute dinosaur doodles in them! Since Ross from MoreGamesPlease gave us a demo of the game, it’s his logo shining on Heinze’s shirt this week. And also because we really love the work that Ross does, giving a platform to all the wonderful artists in the tabletop gaming scene.

Last week we played our first game of Treasure Island with the chalk markers and they work fantastic! Look at it! The lines are all the sudden visible! Since most of the guys in our gaming group are color blind, we always just play with the side of the board with the muted colors. I played as Long John Silver again and I almost won! One action before it was my turn and I would have gloriously walked to my treasure, the player before me used his last action to search with his monkey… finding the treasure. Shoot, so close! 😀 I can’t wait to just play a pirate next time, I have the feeling that’s terribly hard.

And on Saturday we played a six-player game of Rising Sun! It’s been quite a while since we played it and that game has such an incredible table presence. I had forgotten all of the little things you have to keep track of if you really want to keep an eye on who is winning.

This Thursday, there will be an extra comic for you all! And I’m very excited about that collaboration. 😀

Do you own any Roll & Write games?

Castles of Burgundy: The Dice Game
and
La Granja: No Siesta

In this roll & write game, players will try to build and manage the best dinosaur theme park! Have a good infrastructure for your visitors and try to connect the dino pens efficiently to the power grid and try to contain your dinosaurs. -- Available at: AlleyCatGames.com 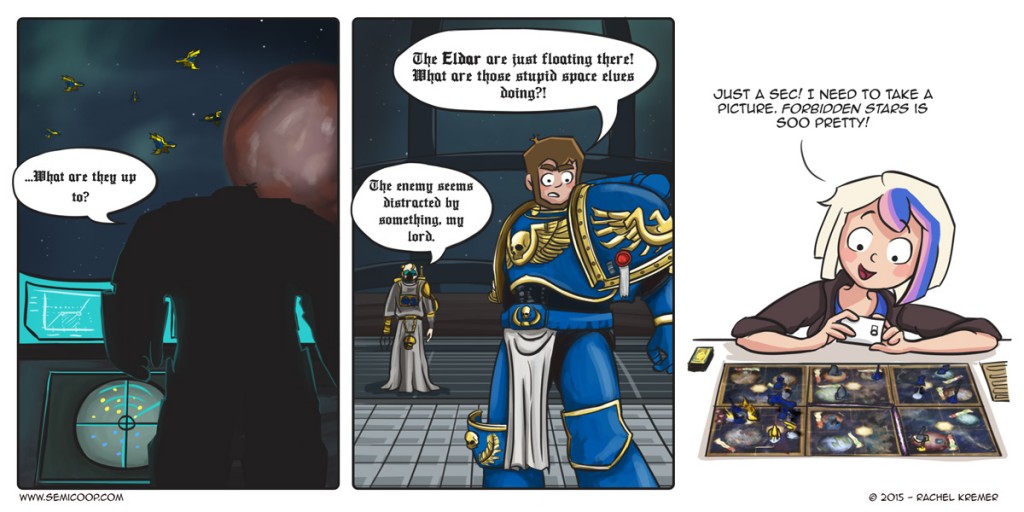