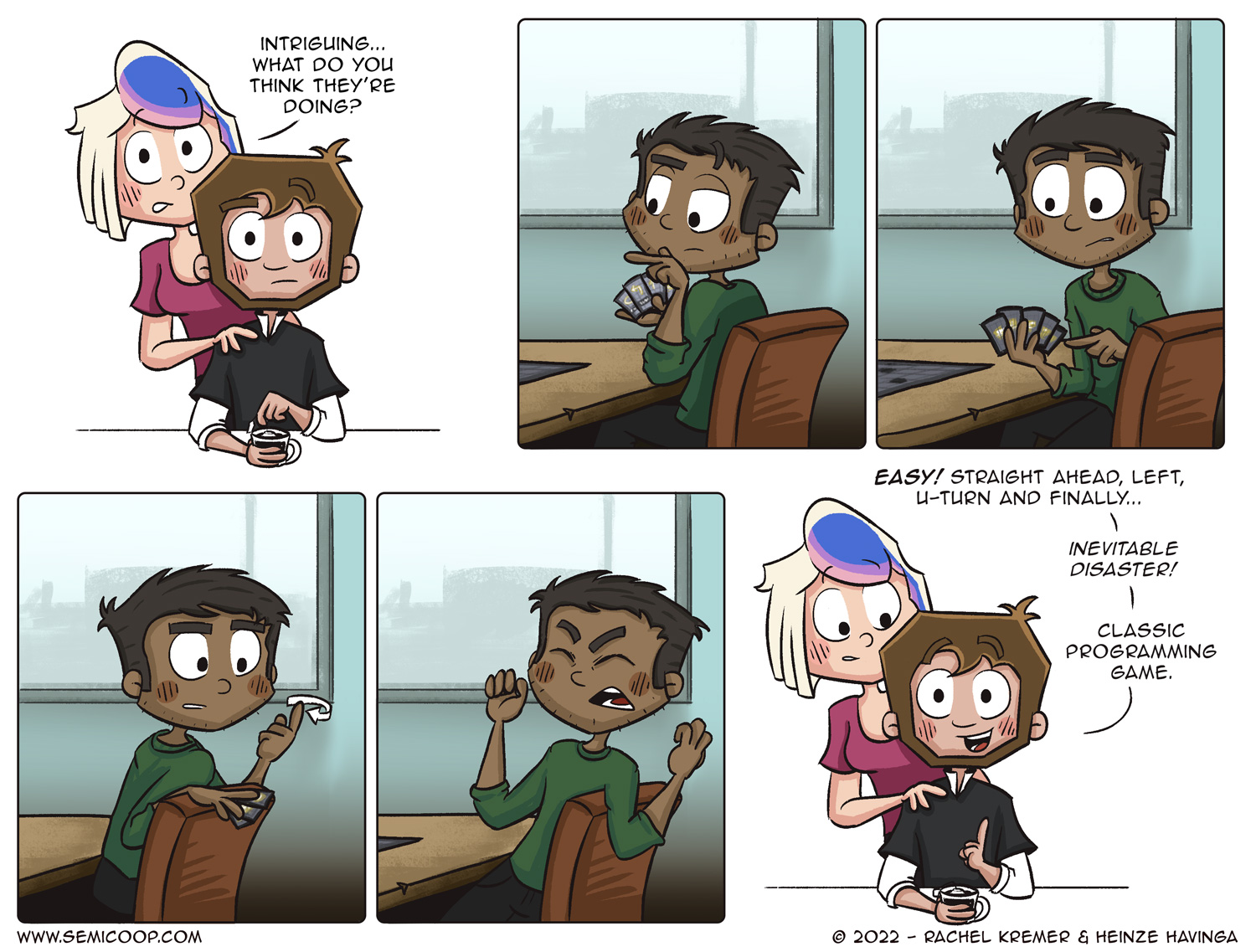 Programming games! They’re a wonderful brain-burning puzzle of making sure your steps are correct, that your left is also the left of your player piece and that the player next to you is not going to bump into you halfway, crashing your robot into a perilous spike trap. This strip is based on us recently playing a seven-player game of Robo Rally and noticing how everybody at the table was acting out their route before committing the cards to the table which was pretty funny to observe.

We also realized that programming games have evolved quite a bit since Robo Rally, a game so old it is the 18th game in de BGG database! While the chaos in Robo Rally can be fun, it can also be quite a frustrating experience when you don’t get the card you need or somebody rams you halfway making you end up in a bottomless pit and spawning you back at the last spawn point. We now understand why more modern programming games like Mechs vs. Minions and Quirky Circuits are co-op games because then you are at least helping each other achieve a collective goal. While Mechs vs. Minions can be quite hard to get we cannot recommend Quirky Circuits enough, it even won a Golden Standee in 2020! It’s such a short, hectic, and fun game that can be enjoyed by gamers and non-gamers alike.

Speaking of games that can be enjoyed by everyone, the only game we played last week was Sagrada. While it is on the border of playable for me as a colorblind player we’re always shocked how fast you can play a game while also having the feeling you’ve been making some pretty heavy drafting choices, we have a video call lined up this week with Floodgate games who are going to show us some of the cool things coming up in a legacy version of Sagrada and we cannot wait!

Do you enjoy programming games?

I’ve had some success introducing programming-game fans to Colt Express. Really a minimum of 4-5 players, but the chaos is glorious.

For “the Robo Rally feel, only more fun” I quite like the 2016 edition, but the one I play a lot of is VOLT. (It’s on yucata.de and after playing it a lot there I bought a physical copy.) None of that progressive damage so that you’re stuck for multiple turns with nothing to do and then you’re knocked out; just straight into the action.

Sagrada is a great game! I’m terrible at it and still have a lot of fun playing. Made by good people too.

I enjoy programming games, despite not playing them very often. Funny enough, I have not played any of the more common ones like Robo Rally or Colt Express. Last one I played was The Dragon & Flagon, which is just good, silly fun.

Our favorite programming game is Koi. You have a decent sized hand of cards to work with, don’t have to choose until it’s your turn, and you can discard x cards to draw x-1 new ones. 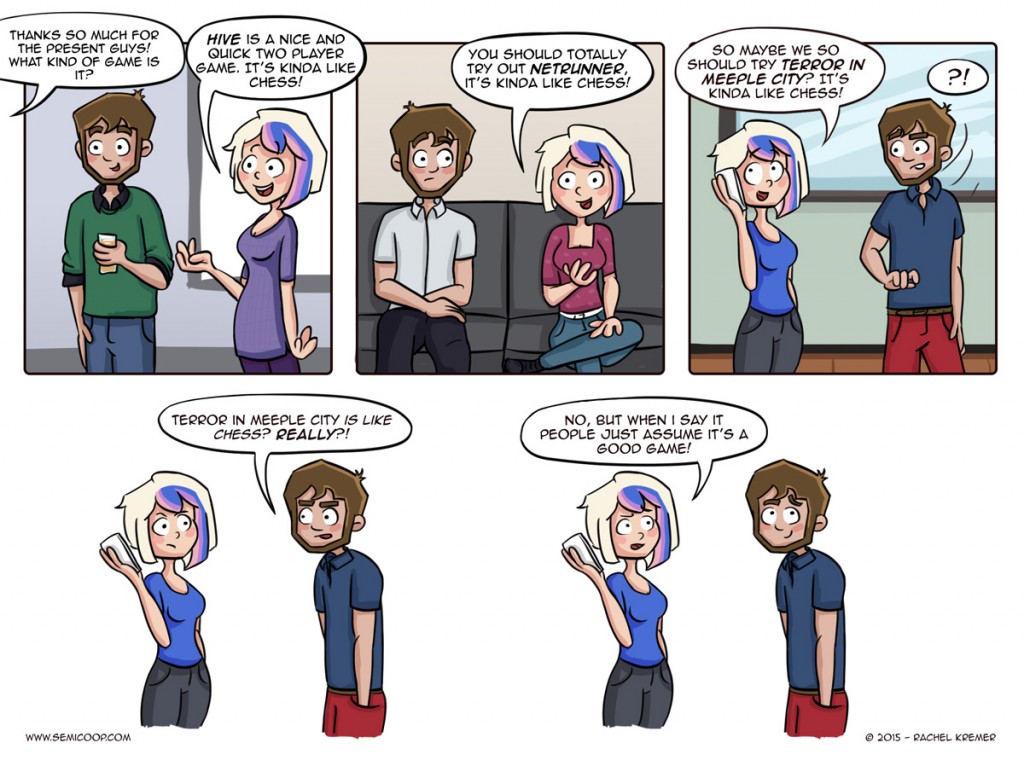