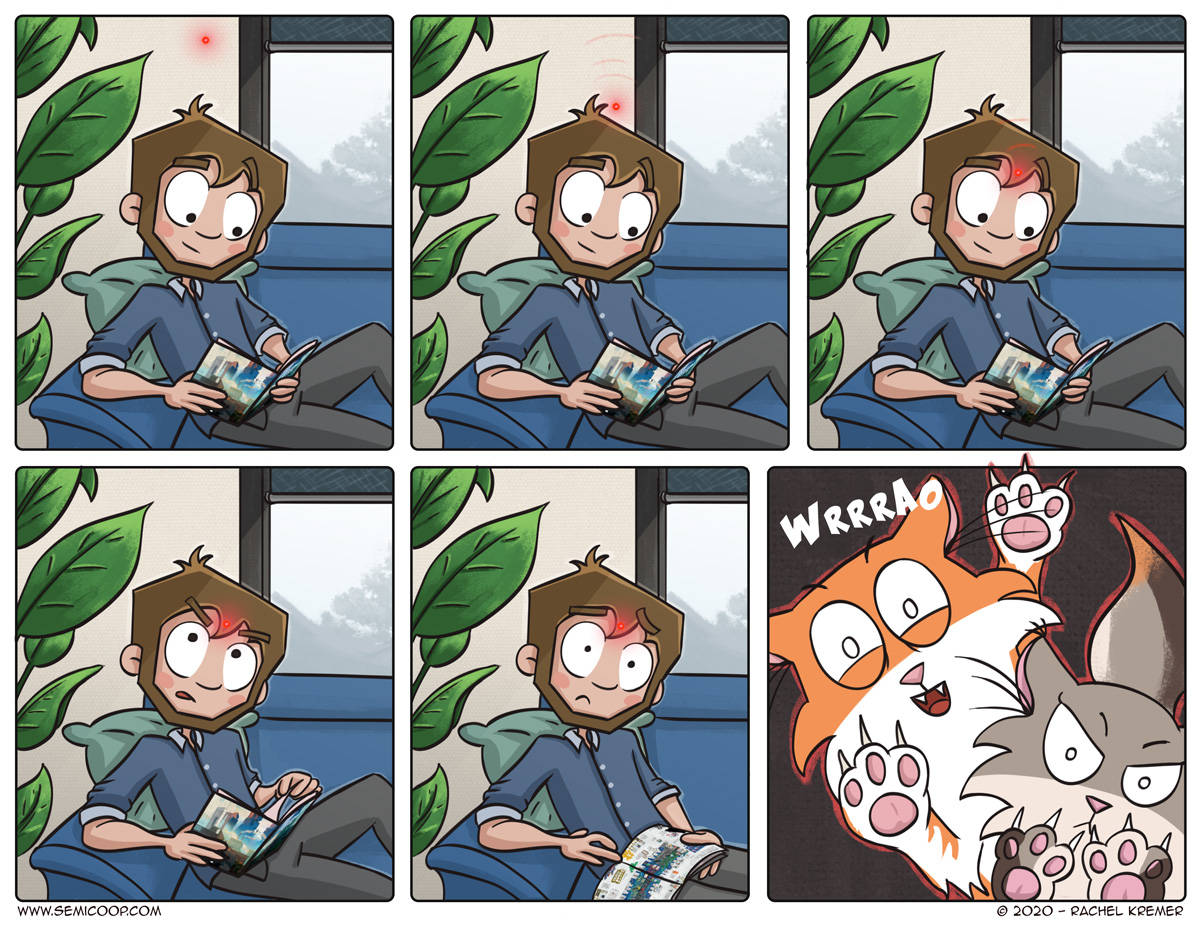 Ok, ok, technically, this comic is not really board game-related, but it’s a joke that had been lingering in my head for a while. And since I can’t and won’t do this in real life, a comic will do.  😉
The rulebook that is being read in the comic is of High Rise by Formal Ferret. Our Kickstarter delivery came last week and it looks amazing! The box is huge and it really stands out with the beautiful art by Kwanchai Moriya, who has made a few of the most pretty box covers I’ve ever seen. High Rise is a longer game to play, so we’ll have to wait until we have time on a weekend to play it, hopefully soon!

Another delayed Kickstarter delivery came in today, Root: the Underworld expansion! We know it’s been really stressful for Leder Games, so we’re really glad that the Kickstarter fulfillments are now being delivered all over the world. 🙂 At this point, we only regret we didn’t back the AI boards, since we don’t get to game with friends at the moment. So the expansion will have to wait before we can really play it.

In other news, an interview with us has been published in a Dutch national newspaper last week! It’s mainly about us, our lives, and the silly things we do, like running Semi Co-op. You can see a bigger version of the picture over at our Facebook page and you can also read the article online (it’s in Dutch though!). The photographer did an awesome job on the picture and even capturing an action shot of our cat Starbuck.

Roll Player. Opened up my new copy of Fiends and Familiars this weekend. First in person board game I’ve played since 3/15/2020.

Tapestry. That rule book is so small and concise (4 sides, the first page being the contents and setup, side 2 being the rules and 3 and 4 being explanations of the symbols used in the game and how to score at the end of the game) that it doesn’t feel that you’ve covered the rules of a game when you’re done, and I started the game off feeling very lost.

Orleans. Just going through it again to make sure I fully understand how to play. Hoping to get it to the table for the first time when I can see my friends again. 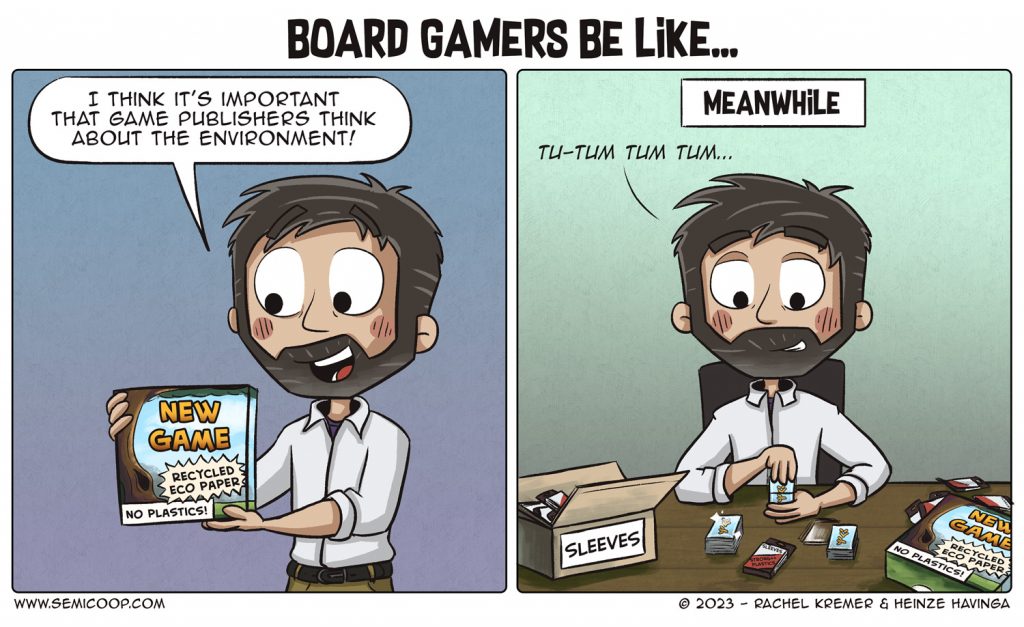