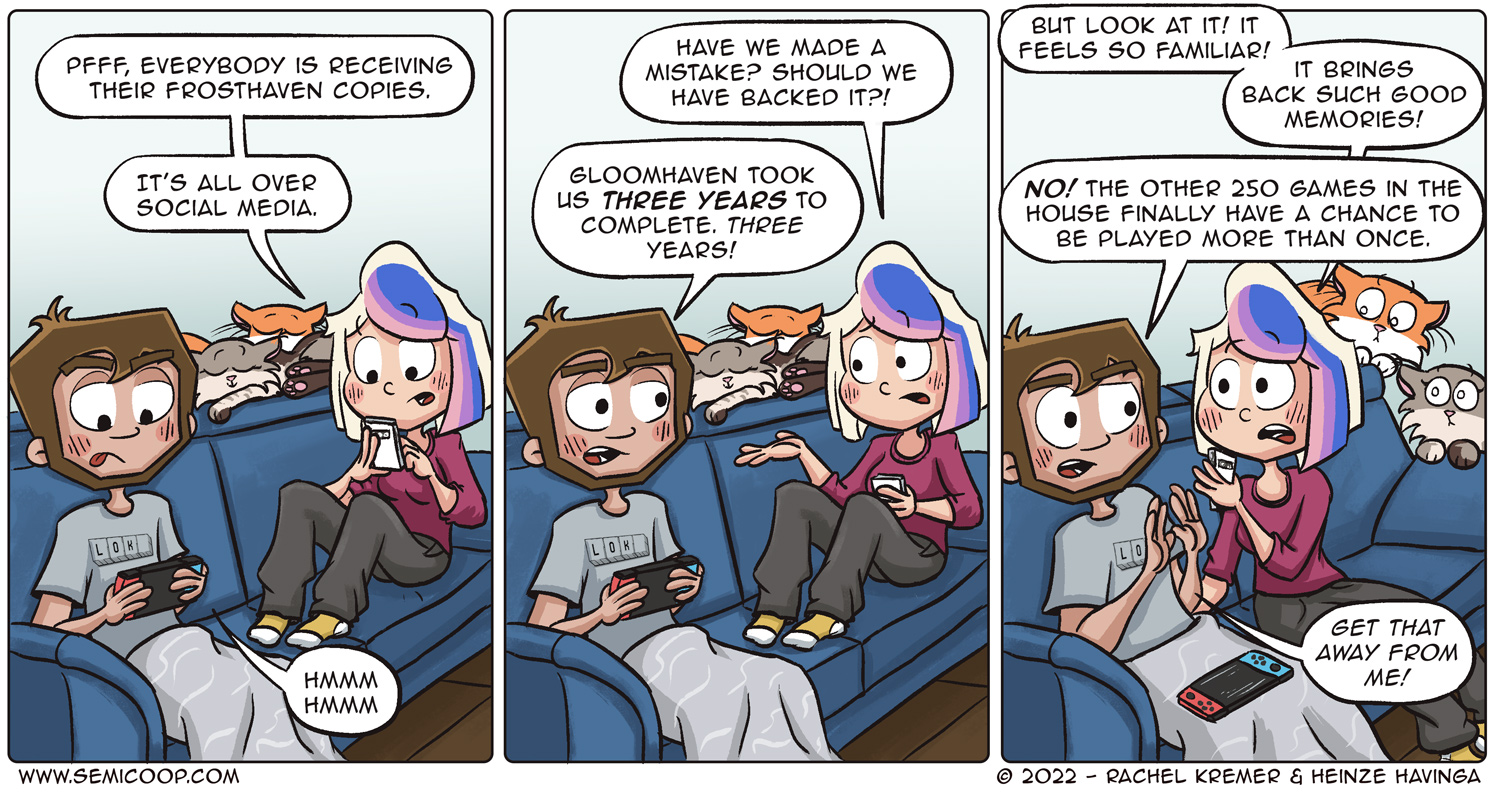 FOMO. Fear of missing out. We’ll be honest that we felt that a little bit when we saw all the Frosthaven boxes appear on quite some people’s social media channels. Then again, it’s just a matter of ratio versus emotion. We liked Gloomhaven and had a lot of fun with it. But luckily the emotion quickly makes room for the ratio here. It took out a big chunk of our game nights and it did get a little repetitive toward the end. After we finished Gloomhaven, we continued the regular game night with our friend as we did before but we now have a lot more varied game experiences! 🙂

Leaving the subject of giant games behind,  last week we received a copy of Splendor Duel, the two-player version of Splendor. We don’t own a copy of Splendor because we think that Century (Golem Edition) is a better game but we’re always interested in two-player games. Splendor Duel is a more creative puzzle than Splendor and with the relatively short playing time, it’s a great addition to our collection! You can read a more detailed first impression on our Instagram page.

We also played another two games of Gosu X. This game definitely scratches our old itch for Netrunner without having to invest the time to get back into Netrunner. It also was the first time that Heinze actually beat me in one round using the alternative win condition of one of the factions that wasn’t picked that game! Harsh!

And last night after watching the finale of Star Trek Voyager, we thought it would be fitting to play our second game of Starship Captains. We both played way worse than during our first game, but we still had fun with the wittiness of the game! And I was surprised at how handy a jump drive can be, tee-hee-hee. Our scores were very close again with just two points difference.

And in case you missed it, we’ve had a fun commissioned comic last Thursday about the game World Stitchers!

What campaign game took you the longest to complete?

Frosthaven is a stand-alone campaign in the Gloomhaven-world, featuring the same award-winning game play along with new twists centered around resource gathering and town building. Click here to read more. 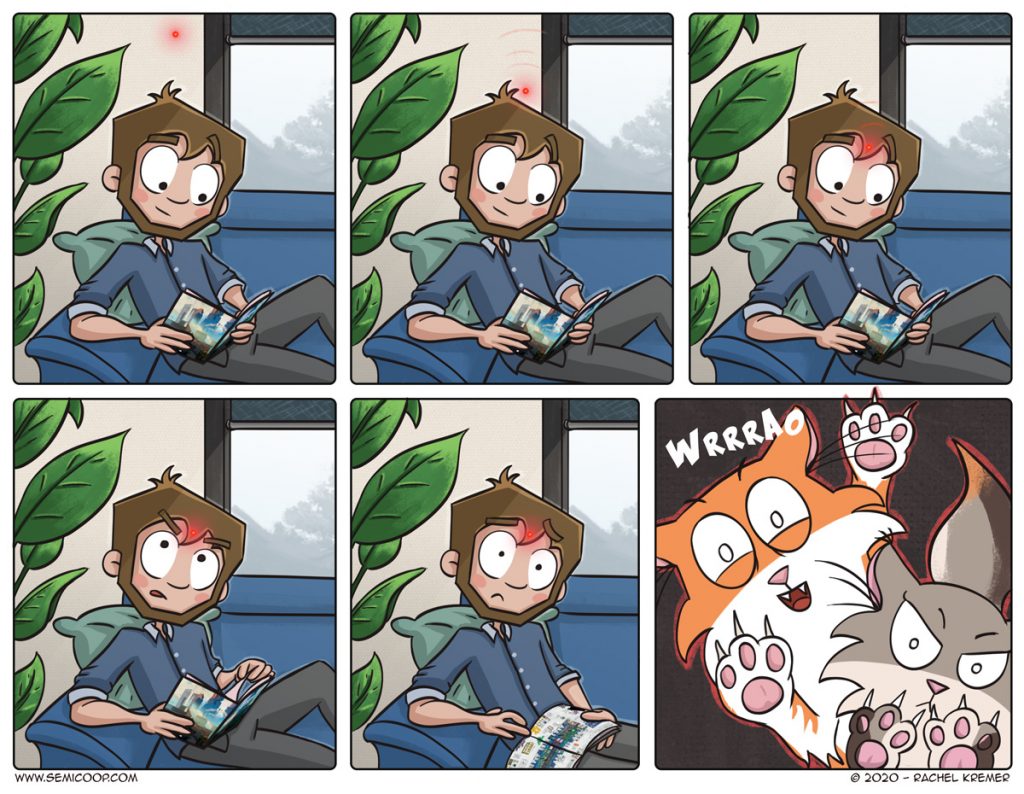