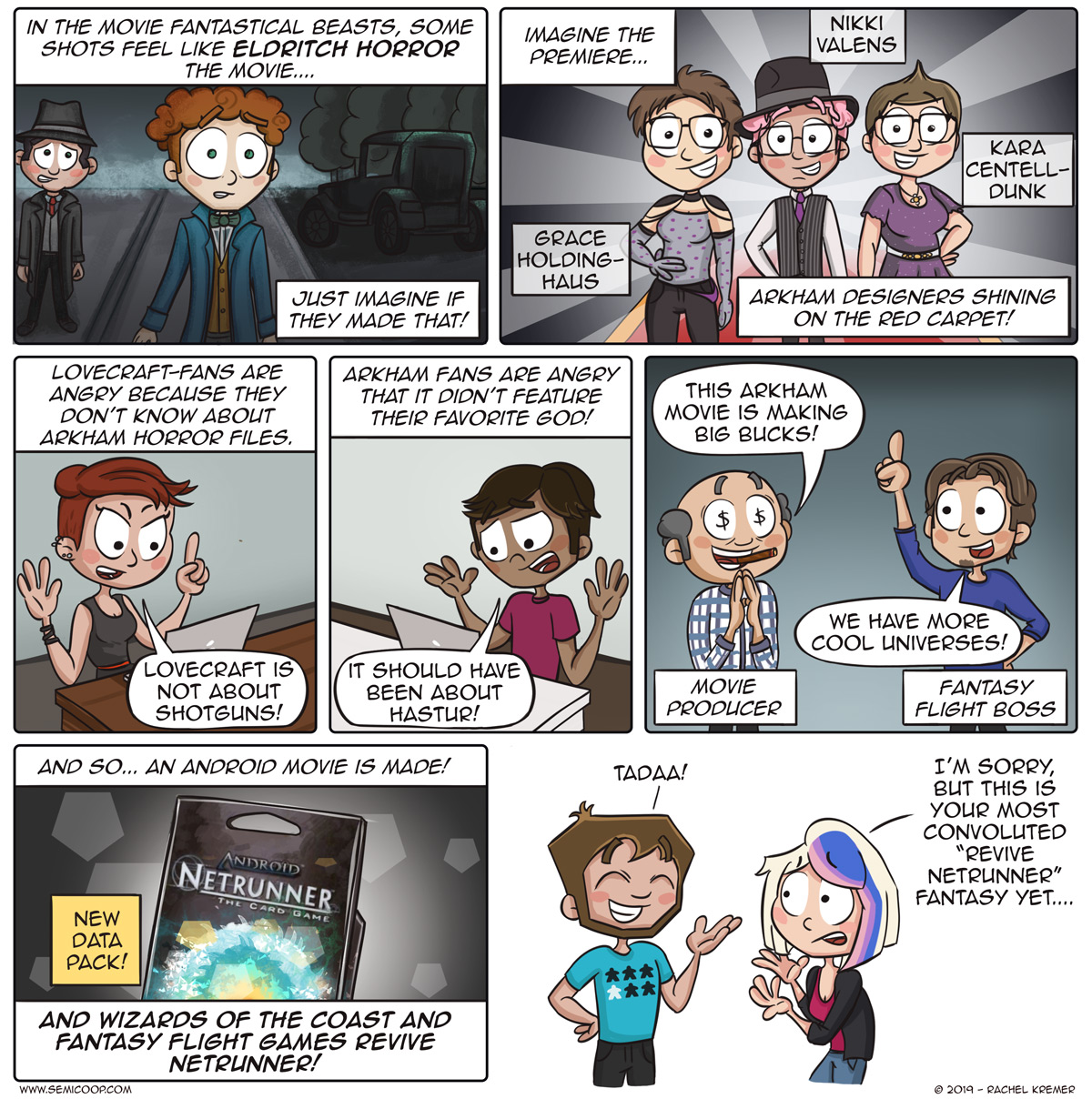 Ahh, one can dream… who knows? Maybe Netrunner will return one day? And if those ships have really passed, we would really love to see an Arkham Files themed movie! 😀 Somehow, some scenes of Fantastic Beasts really gave us those vibes.

Last week we decided to start off with Chronicles of Crime! At first, we didn’t want to start the game before we had finished Detective, but curiosity got the better of us. The tutorial was obviously really easy but explained the game well. One thing we noticed is that the scoring is very forgiving compared to, for example, Sherlock Holmes Consulting Detective and Detective. In the first scenario, there was one question we could have answered “better” and we still scored 130/100 points. The second case, we had one question completely wrong and we still scored 120/100 points. The bonus on solving a case relatively quickly seems to be a little bit too high. But nonetheless, we’ve really enjoyed the game and we were (positively) surprised how “dark” the plot was. We’re looking forward to playing the other cases!

What game would you like to see be made into a movie?

I haven’t played it, but from all that I hear, Root would probably be pretty interesting as a movie, or perhaps a TV series.

And, of course, Mice and Mystics… I don’t think there’s been any news on that since October… sure hope that is still happening!

Aww man, as a Netrunner addict, I can relate! 😀

Luckily we’ll soon have the first release by community project NISEI, which looks like it’ll be just as good as an actual release. The only thing that’s worse than with FFG support is how hard it is to get new players in.

Regardless, I would watch an Android movie for sure! I hope FFG don’t give up on the universe.

Deadlands. The answer is always Deadlands.

I reckon that a Call of Cthulhu movie is long overdue.

There have been a few smaller budget Lovecraftian movies, including at least one Call of Cthulhu one. The fact that a big budget one hasn’t been made yet is a bit on the surprising side.

Forget a movie, I want Epic Spell Wars of the Battle Wizards to get its own animated series on Adult Swim!