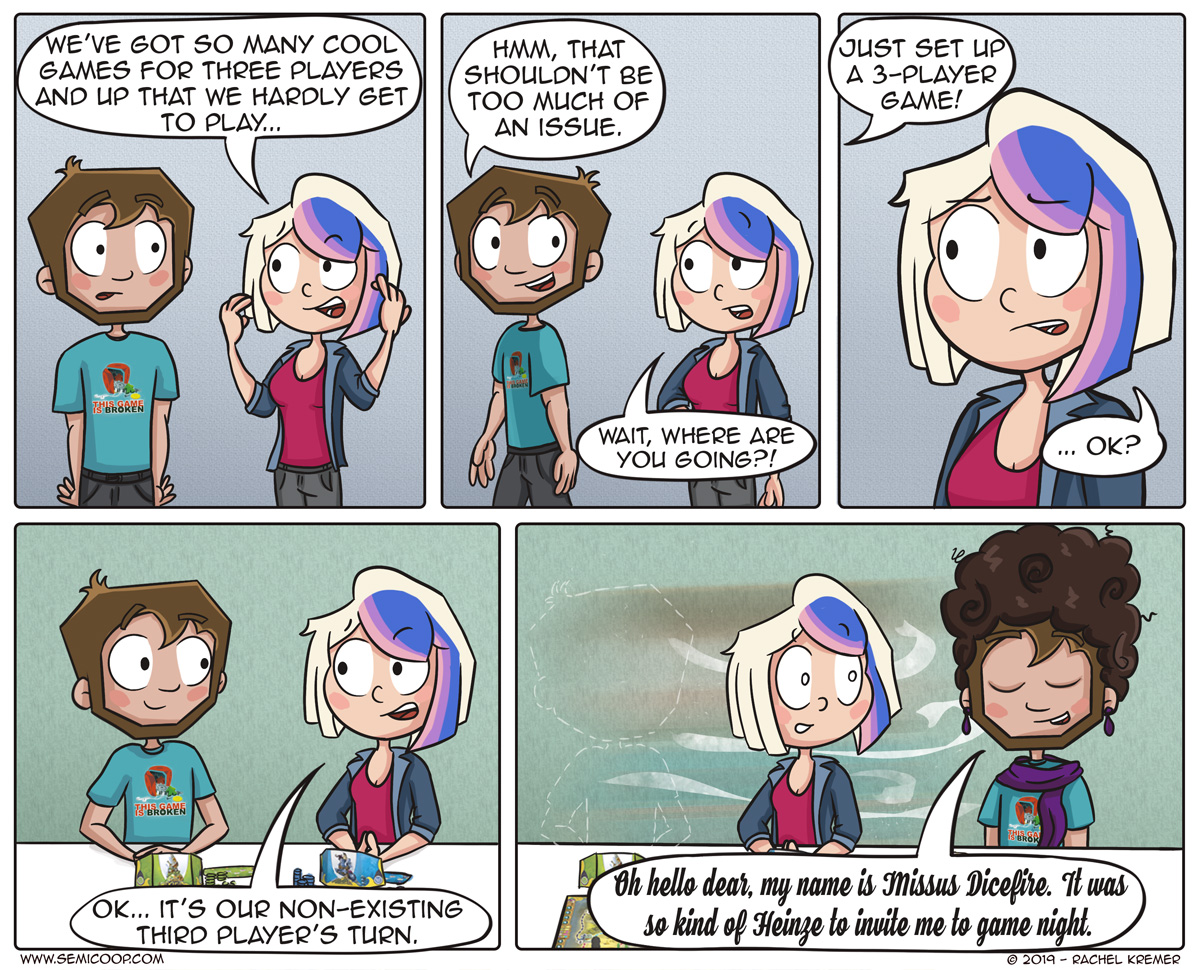 We have quite a few games that are for three or more players that we don’t get to play a lot… so Heinze thought of a solution! 😉

It’s been another busy week and Saturday also was my birthday! Hurray! Since there was a family day planned on that date many months ago, I celebrated it on Sunday. I might not have been able to play some games, but I did get two! One of them was 7 Wonders Duel! A lot of people call this one of the best 2-player games out there and we have never played it before. So that’s finally going to change!

I also got gifted a self-made boardgame by my nephews of six and eight years old! It has portals, clay miniatures and a battle deck with cards like “golden mist” and “sea explosion”. What else can you want?! The only issue might be the size of the thing since it’s 90x60cm we have no idea where to store it yet. 😉

Last week we’ve played a four-player game of Great Western Trail and we got to test our new horse meeples! 😀 Efka of NoPunIncluded pointed these out to us a while back and ever since we were really keen on owning our own set of horses. They make sense for cowboy-like figures and look adorable on the board. 😉 If you’re interested, we got them at a German webshop called spielmaterial.de.
Our game itself was really exciting too. All player scores ended up really close to each other. There was only a difference of 5 points between the first and the last player! I don’t think we’ve ever seen that before.

Happy birthday! Hope it was great! Just wanted to let you know that I love seeing your comics every Monday, they always make me smile. And 7 Wonders Duel is excellent! I hope you enjoy it!

Our preferred way to address the 3 player, 2 people problem is to alternate who plays the third player. There’s less chance of ganging up that way.

I like Automata in that it enables you to play games when you’re a recluse, and that may be the saddest thing I’ve typed all day. 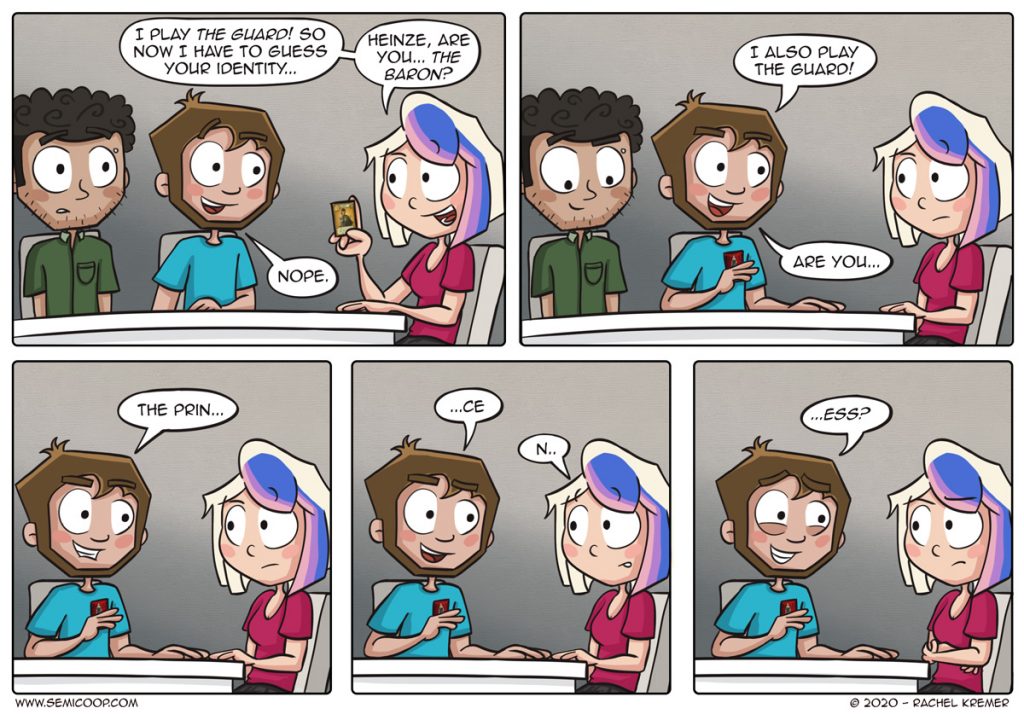