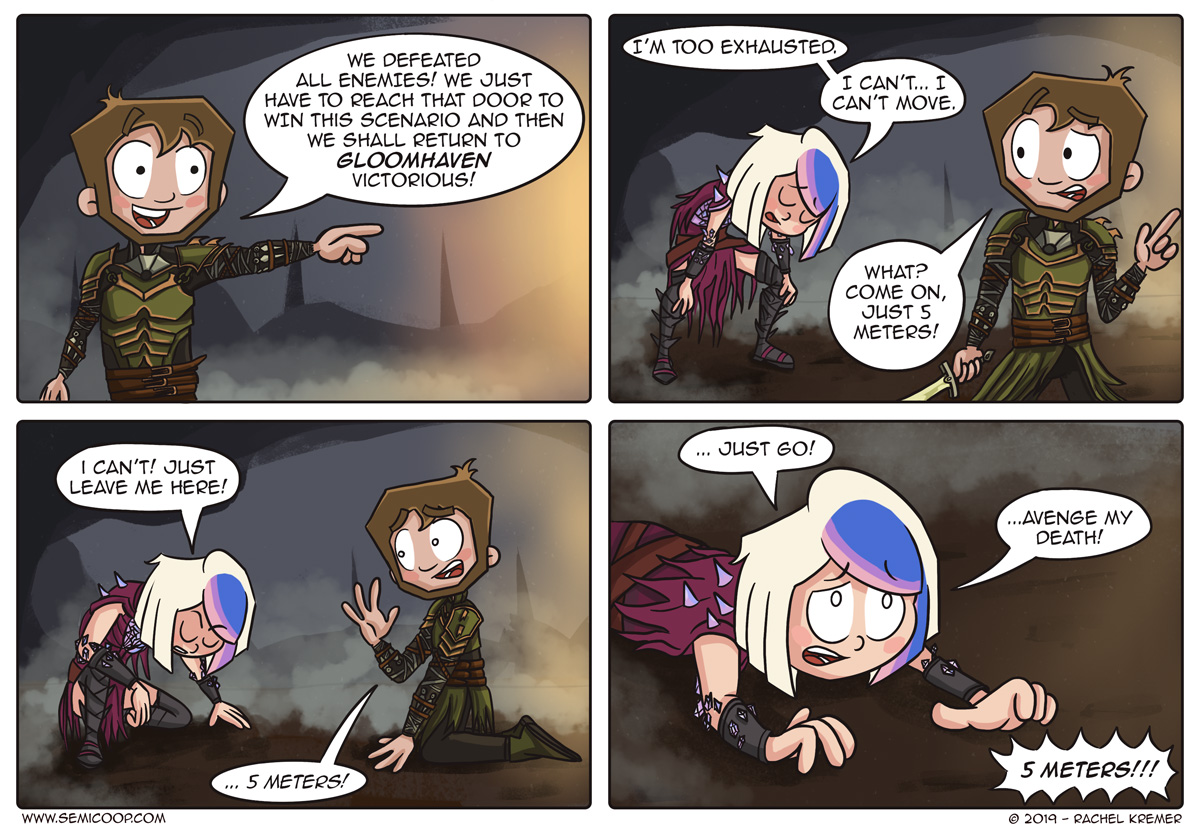 Reminder! That if you’re going to the UKGE and you would be interested in buying a signed print of a comic/sketchie of your choice, you can fill out this form.

We’ve had the idea for this comic for a long time, but when we saw this tweet by game designer Peer Sylvester we felt inspired to actually make it, based on his script, so thank you Peer!

In Gloomhaven, we sometimes have this situation that one (or two) of our team need to use most or all their cards to defeat all the enemies in the last room so that one of our team can actually make it to the finish line. It doesn’t matter for the game, you still win the scenario and characters don’t actually die when you run out of cards. But it does create these silly situations that a character can become exhausted (without being seriously wounded) right before making it to the end, even if there are no more enemies threatening them. 😀

My work schedule of last week looked like a music festival schedule, so we haven’t played a lot of board games. But what we did play was a four-player game of Crisis! Heinze had played Crisis a few times before with a friend, but I hadn’t yet. And màn, Crisis is one hell of a game! A very good one, but also a brain crusher. I’d love to play it more to see if the thinky-thinky-math part will get a little easier when you play it more often though.
With the UKGE games expo right on our doorstep, there’s again little time for gaming this week. But hopefully, Heinze and I will manage to play a few games in the evening. Or at least one… let’s start with one. :’)

And since we’re too busy to play games right now, I’d love to hear what you folks have planned!

What games would you like to play this week?

I would love to play one of three games:
1. Nemesis – I’ve got kickstarted copy (can’t wait to all bonuses in second wave :O), but I’ve managed to play it only 3 times if I recall corectly. And I’ve never won it 🙁
2. Eclipse: New Dawn for the Galaxy – for a very long time it was most played game in my group. But after numerous games we’ve felt… overstuffed with it? So for last year or almost two it was put on hiatus while we played other games (Doom, Descent 2nd edition. Starcraft, Twilight Imperium 4th edition, Nemesis or even lighter games like 7 Wonders or Dice Forge). But after such a long time we’ve started to miss “good old Eclipse” 🙂
3. Civilization: through the Ages – it was a Christmas gift of mine, but I haven’t had time to play it even once 🙁 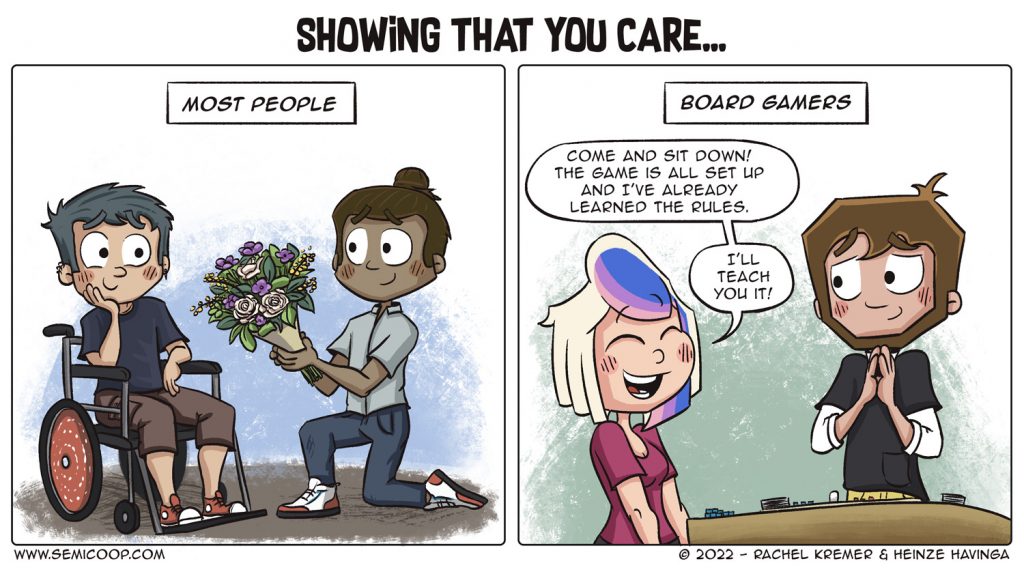