One of the beauties of board games is that they can give us insight into different worlds, whether it’s fictional or not. You have to think about things and situations you’d never have given any thought… like farming! 😉 It could also raise ethical questions and discussions on a more serious tone like in This War of Mine, a game that will make you think about what you would do in a certain situation?

Not much news in our board gaming lifes. We continued with Gloomhaven and lost the second scenario AND discovered that we were playing the game on ‘very hard’ in stead of normal. Whoops! We messed up with the enemy stats. We dialed it back to ‘hard’ for now, but we might just play on normal from now on. Since this game is so big, we don’t want to have to replay scenarios all the time because it was just a little too hard. It has to be enjoyable to play as well. 😉

This Saturday we helped two of our friends move in together and it turned out that their combined board game collection was a little bigger than they had anticipated. They might need to get rid of some games or arrange extra shelve space! Formula D and Descent are still missing in this picture.

What board game gave you interesting insight into something you would never have given any thought to?

Oh man, Space Alert. If I ever meet an astronaut I’m going to have a tough time holding back my instinct to ask how many times they’ve been cloned!

There are a lot of situations when “T.I.M.E Stories” makes you choose or do something and you better think about it carefully… ;]

I agree that your friends have too many games, if they give me Endeavor, it will lessen their burden 0:)

In this game, players are rival cattlemen in America, herding the best possible cattle from Texas to Kansas City! Player decks represent a players cow herd and on the way to Kansas, the ranchers will need to improve their decks with more valuable breeds of cows, hire staff and improve their influence on the board by building buildings. Support us through affiliate links or visit and support your local game store! Amazon.com 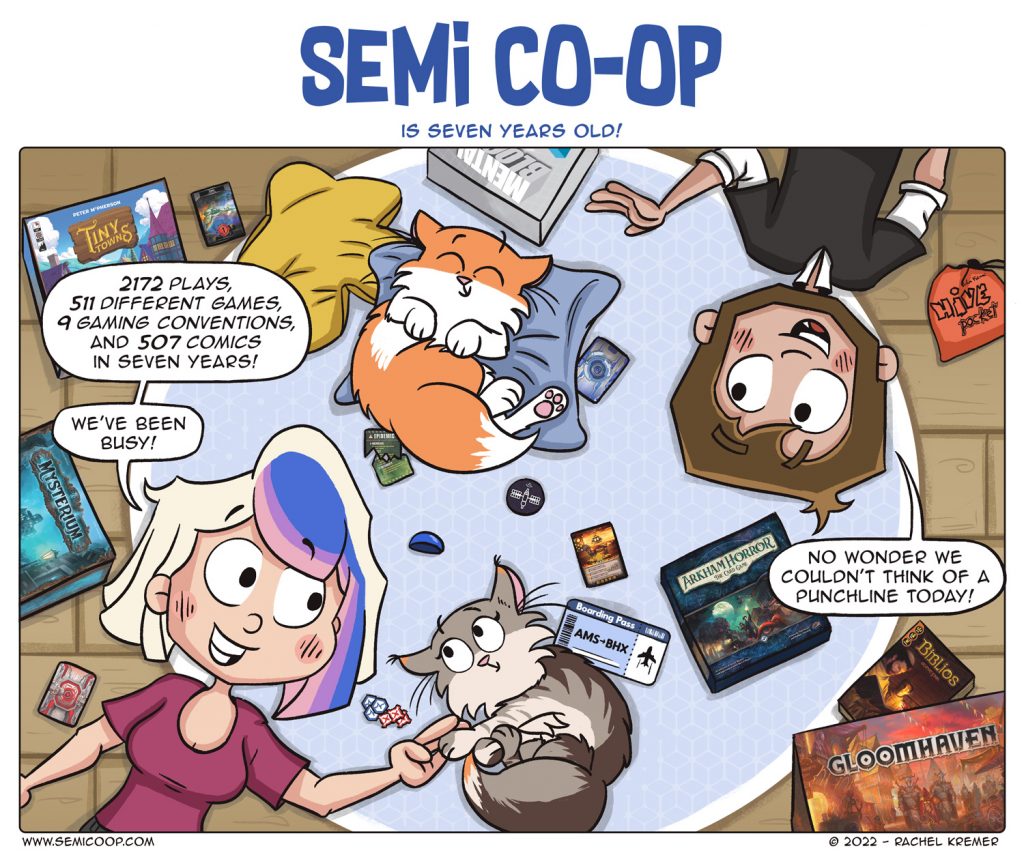