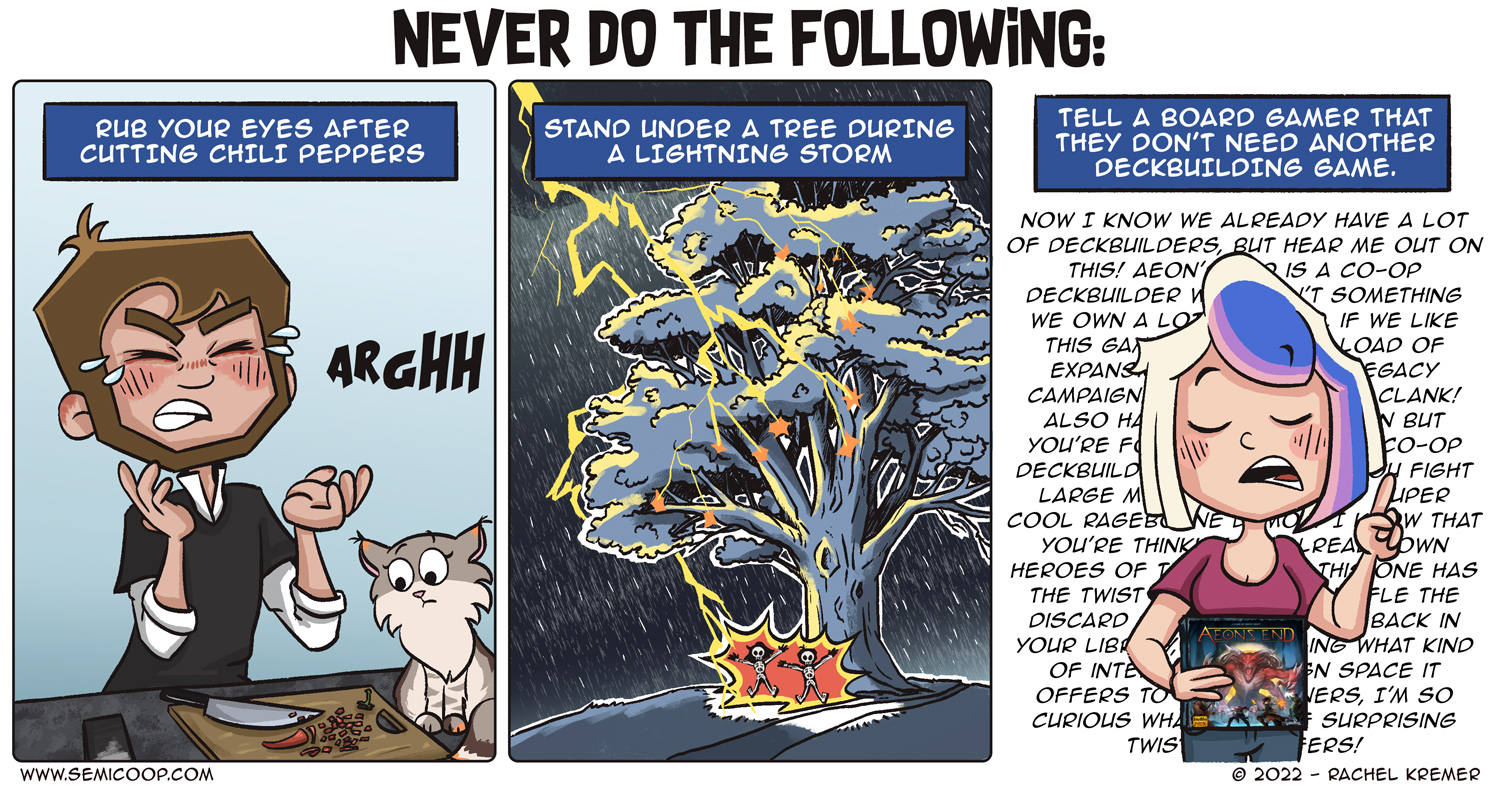 Board gamers can get quite defensive on certain topics and that is OK, we’re all just passionate about our hobby and that means something else for everybody. 😉 There are people who like having a big collection of games and people that prefer a culled smaller collection. People who want to sleeve the cards of all the games and people who think that’s way too much plastic.

Either way: I wouldn’t want to have to pick just one of them. 😉 And Aeon’s End is a deckbuilding game that’s still high on Heinze’s list. The game requires you to carefully plan your discards, as you don’t just shuffle to form a new draw deck once that’s depleted.  I just really enjoy how creative game designers get with deck building in games.

Last week… *checks BG Stats*… we played zero deckbuilding games. We’ve been a little low on gaming energy these past weeks and are hoping to maybe make up for that this week. On Tuesday we did celebrate the birthday of a friend and at the end of the evening we ended up playing a few games of Quirky Circuits, a really fun and silly co-op programming game. Besides that it has a cat on a Roomba, the game has a super low threshold to get to the table and can be taught in minutes! Our problem is that we mostly introduce it to new players, meaning we’ve never really progressed in the game yet. Haha, that’s something we should work on.

I was very busy rounding up a fun animation project I’ll soon share more about, so Heinze played a solo game of Undaunted Normandy with the Reinforcements expansion. He ranked it a solid solo experience because he still lost at the game… The setup was a bit of a hassle, but the gameplay was good.

This weekend we played some Cascadia. which I find quite a relaxing game. You could stress out over getting the highest score ever, but it’s not necessary to do well and it’s not what makes the game fun to play.  And we played a digital version of the upcoming game called 5 Paths and could stop ourselves and play some games of Can’t Stop just for silly fun.

What are the games with deckbuilding elements that you most enjoy?

Abandon All Artichokes is a quick and fun deck building style game we play a lot. A lot of fun and scales well at different player counts. This reminds me to get that one back out of the cupboard this week.

We also enjoy Quest for El Dorado. So many variants on the map board so the game never has a best strategy that can be used every time.

I think I definitely have a reasonable amount of deck builders.
– Aeons End for it’s unique ‘no-shuffle’ approach & fantastic escalation timing for a coop game.
– Clank! as a brilliant dungeon-delving deck-builder with a fun ‘rush’ as you try to scramble to the top if you were a bit too greedy!
– Orleans as a neat twist on things with it being a ‘bag builder’ instead of a ‘deck builder’ & combining it with worker placement.
– The Quest for El Dorado – Making it into a race & making the cards so limited! Plus it’s quick and new-player friendly, fantastic.

I can wholeheartedly recommend Aeon’s End, very replayable and great theming, a lot of Deckbuilders can sometimes be very theme-dry.

For a more niche recommendation: Archon Glory & Machination. It’s a relatively simple worker placement game, with the gist that whenever you place a worker you must also play a card from your hand/deck that you develop over time by buying better cards to replace its contents, letting you customize your workforce to produce extra resources, tax other players, or let you place multiple of them at once.

Helionox: The Last Sunset- My most played solo game. 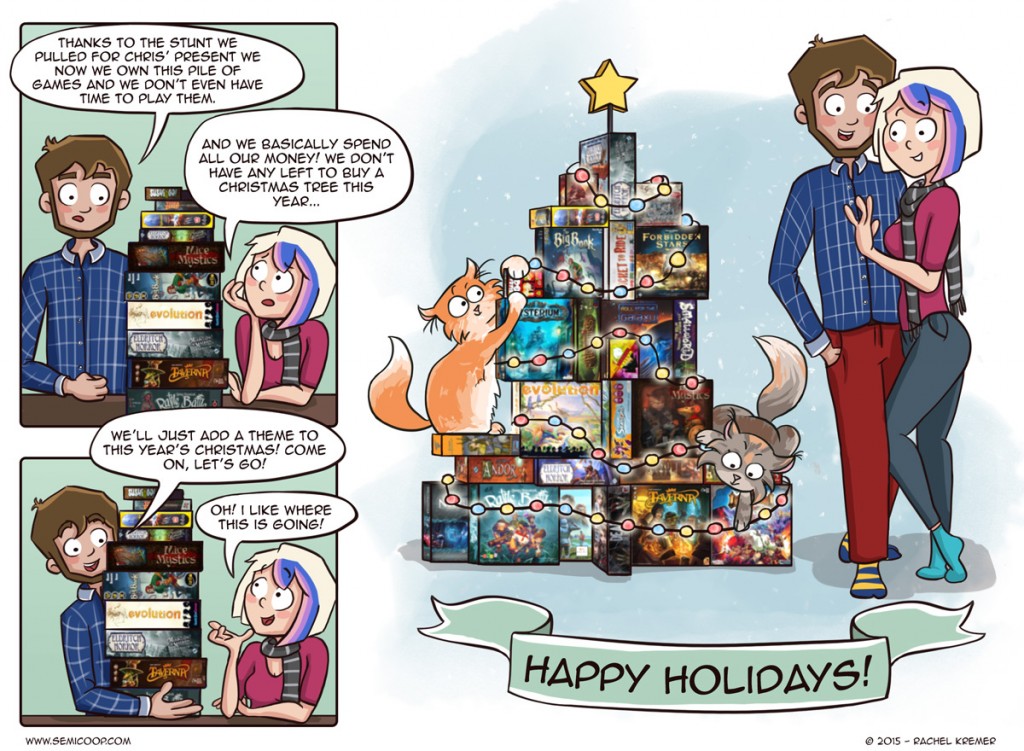