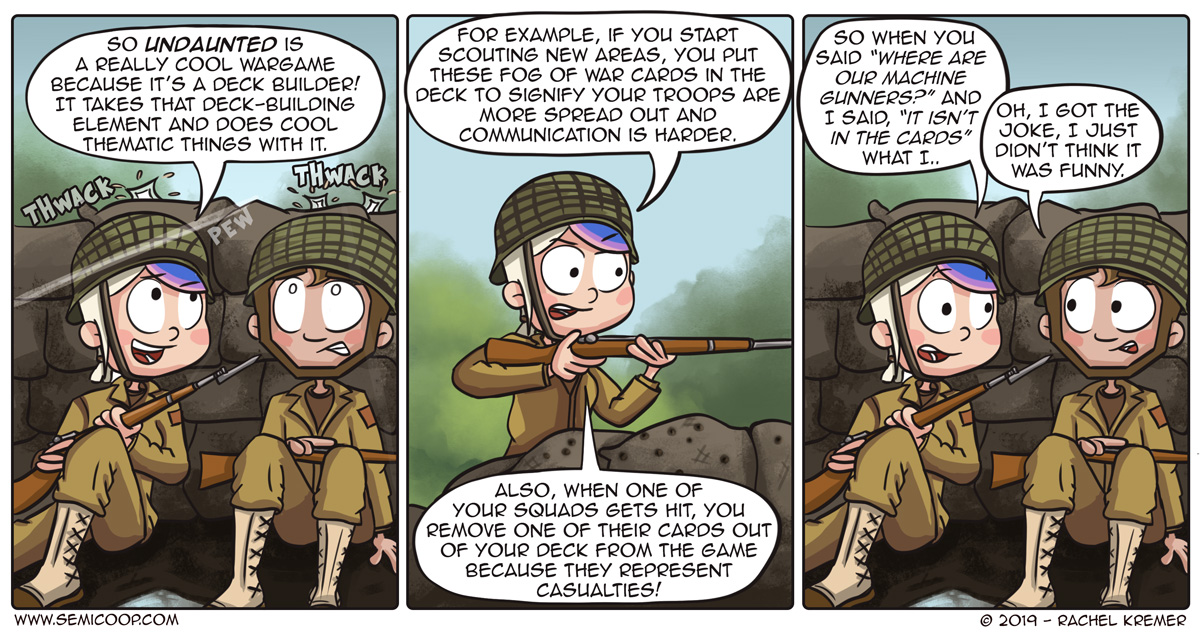 Undaunted was kindly provided by Osprey Games for free. We thank them for giving us this game which led to this comic! For more information on how we deal with gifted games, please see our FAQ!

Undaunted is a super interesting strategy deckbuilding game about WW2 with some really thematic game mechanics like the ones mentioned in the comic. The game comes with twelve different scenarios for players to play, making it a game that is easy to start playing and it will gradually introduce new cards and abilities to players.
With all the new games that have come to our collection, we haven’t had a chance to play this lately, but we’re looking forward to continuing our campaign.

We did get to play a lot of new games last week, which is great! Due to being ill I missed playing Ambrosia, so I can’t tell you very much about the game, but as far as I heard – it was fun! 😉

During the weekend we also played some more games of Mental Blocks, Letter Jam, Cloaked Cats, Paranormal Detectives, It’s a Wonderful World, Getaway Driver, Head Hackers and The Binding of Isaac! We were quite proud of “our score” at the end of the week. 😀

And good news! As of this week, we’ll be uploading two sketchies every week instead of one because it’s the start of the holiday season in the United States and CoolStuffInc will be sending out an extra newsletter! After Christmas, we’ll go back to the normal schedule of one sketchie a week.

What’s your deck-builder with a twist?

Superhot the Card Game is my solo of choice and a beautiful deck builder, the cards are time, and obstacles, and tools to overcome the obstacles. Then the obstacles turn into your new tools and vice versa! And there are bullets that can fill your hand and kill you by being unable to dodge some of them, but sometimes the objective of the round is to fly close to the sun as you can to get bullets just to progress!!

I’m hopeless at getting across how it works, but it does and it is such a delicious challenge to solve. Highly recommend it.

Undaunted is on my wishlist. After recently playing War Chest (from the same designers) at Gen Con I was even more pumped. Hopefully Santa will bring it to me this year!

Gotta go with Xenon Profiteer. It’s a deckbuilder about purifying air, and although you’re adding cards to your deck, the main way to succeed is to cull cards from it. You’ve got four different kinds of air, with xenon being the most valuable. On your turn, you can purify the least valuable type of air in your hand and put it back in the supply, and then if you’re left with only xenon in your hand, you isolate it and put it aside to complete contracts. The only way to get more xenon in your deck to accomplish this is to take in air, which gives you some of all four kinds of air.

It’s a nifty little balance of adding air and action cards that will help to your deck, but trying to also make it smaller so you can isolate that delicious xenon. Good times!

In this two-player strategic deck-building game, players will play through a campaign of twelve scenarios, fighting battles that took place during WW2. A surprisingly accessible war game! -- Support us by using our affiliate links or visit and support your local game store! Amazon.com 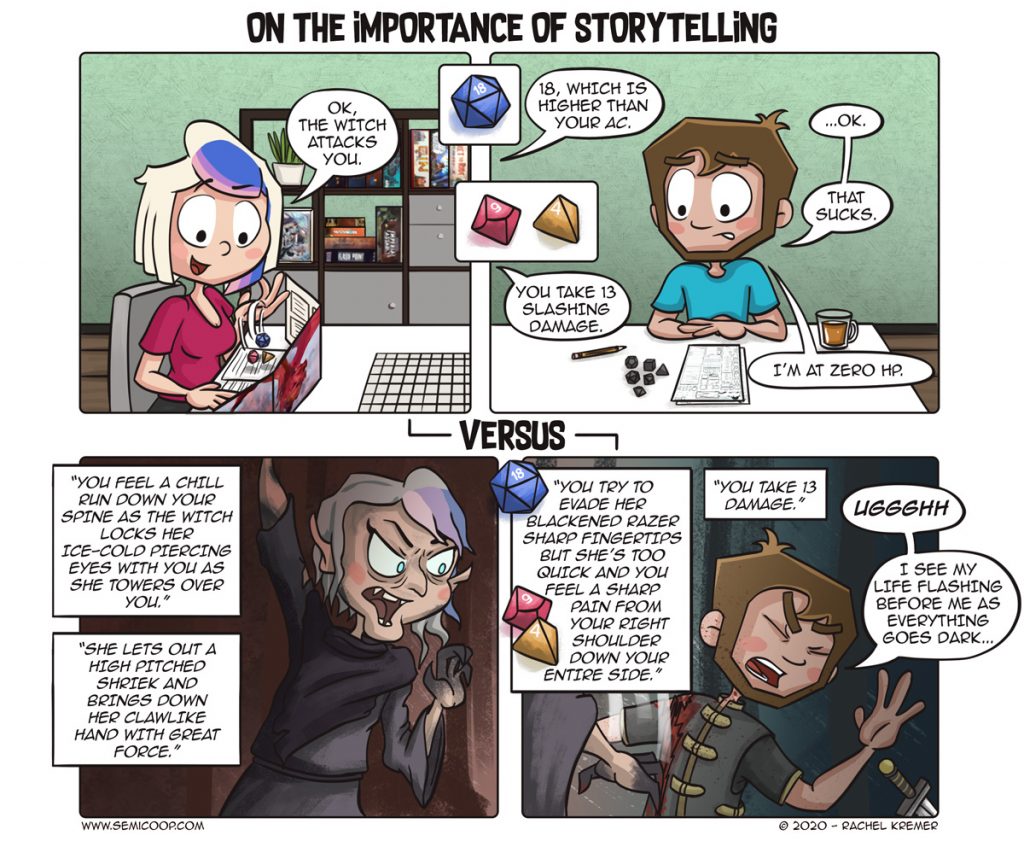