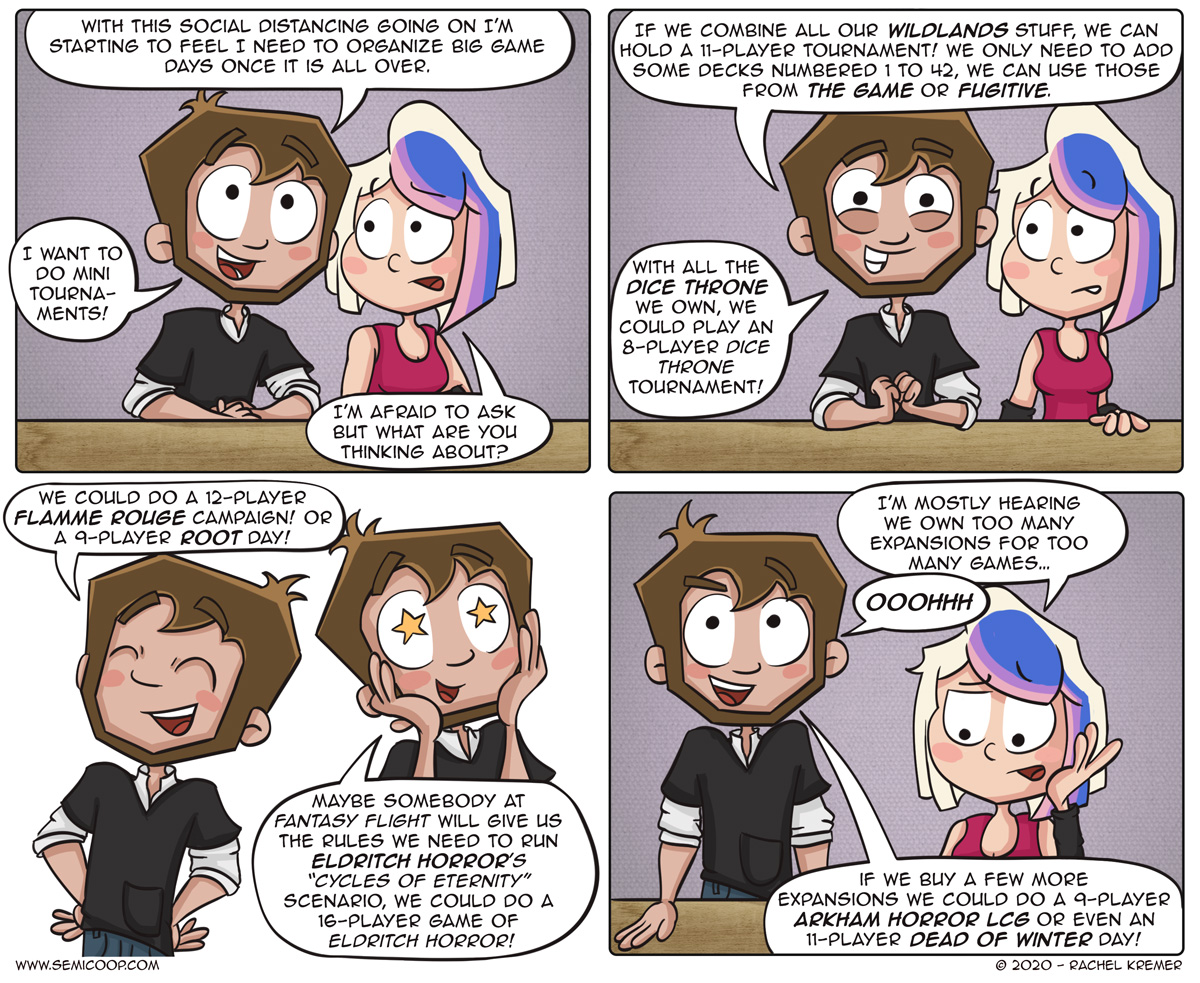 We love to organize big game days! We had the eight-stravaganza (only eight players games), we did trade-stravaganza (bring every game you want to get rid of, then choose games you would like to take home and battle players who want the same game to become the owner of the game) and some spaceship simulator Artemis days and… we miss it!
This comic is based on actual research I’ve done to see what games in our collection would be able to facilitate the biggest game day. I’m not sure if this setup of playing a single game is actually as fun as just playing some smaller games but it is fun to fantasize about during these more socially isolated times.

Speaking of big games, we got to play our first game of Gloomhaven since March! We had forgotten we were working our way to a boss and so our first game turned out to be a brutal boss battle which we lost horribly… Our Gloomhaven party has gone through some changes and we’re honestly struggling a bit to make it all work together especially after six months of not playing. We have our next session planned on Thursday and I suspect we going to leave the Boss alone for a while and practice on some lighter scenarios first.

We also played a game of Illimat, which is excellent and you should really consider getting if you like classic card games. Everything in the game looks strange and occult, which might turn you off, but once you learn the rules it is wonderful. We also played Space Base using the Light Speed variant, which is a great variant if, like us, you think the normal game drags a bit. While Space Base has been hitting our table quite often this variant will probably make in a mainstay for a while. 🙂

We haven’t really gotten any gaming plans for next week, except for Gloomhaven but we do have one of those rare “three new comics” weeks. We have today’s comic, a sponsored comic this Thursday for something we use almost daily and on Friday we have a new Godtear comic. So we hope you all enjoy those and share them on social media and stuff. 😉

What game would you like to play with loads of players during a single game day?

There are several games I would love to play with a higher Player Count, but mostly my group consists of only 5 Players. Sometimes 4.

Camel Cup and Robo Ralley can be played with up to 8 people. Room 25 and Colt Express with 6, with Expansion also by 8.
Doing a Death of Winter game with War of the colonies with full player count sounds insane and I would love to try that!

One Night Ultimate Werewolf. It’s pretty much designed to be more fun with more players.

Ooh there’s too many!

Obviously, I still want to try Twilight Imperium one day, and if it’s going to be a once in a lifetime thing, I’d rather it be as epic as possible at max player count.

Ultimate werewolf is another good contender (not One Night, but the original), plays up to something like 70? It’d be exciting to see.

And of course, I’m always down for some Red Dragon Inn. Been in some 8 player games that were a lot of fun, so I can’t imagine how it’d be in larger groups.

Since the comic also mentions mini-tournaments though, something I’m also a fan of doing is organizing “thematic” game nights, like playing all the Century Trilogy game variants and tracking scores/winners, or linking alike games, for example, doing a game of Burgle Bros, and after that Escape Plan or Fugitive.

I want to break out all 51 Red Dragon Inn characters at once.

Wow! I’ve never actually read the Light Speed rules until just now. So using these rules next time. Of course, every time I’ve played, I’ve had a new player so my brain probably just always skipped that section and I never bothered to go back.
I love huge game nights but maybe not the huge games. Though I do have a lot of expansions myself… 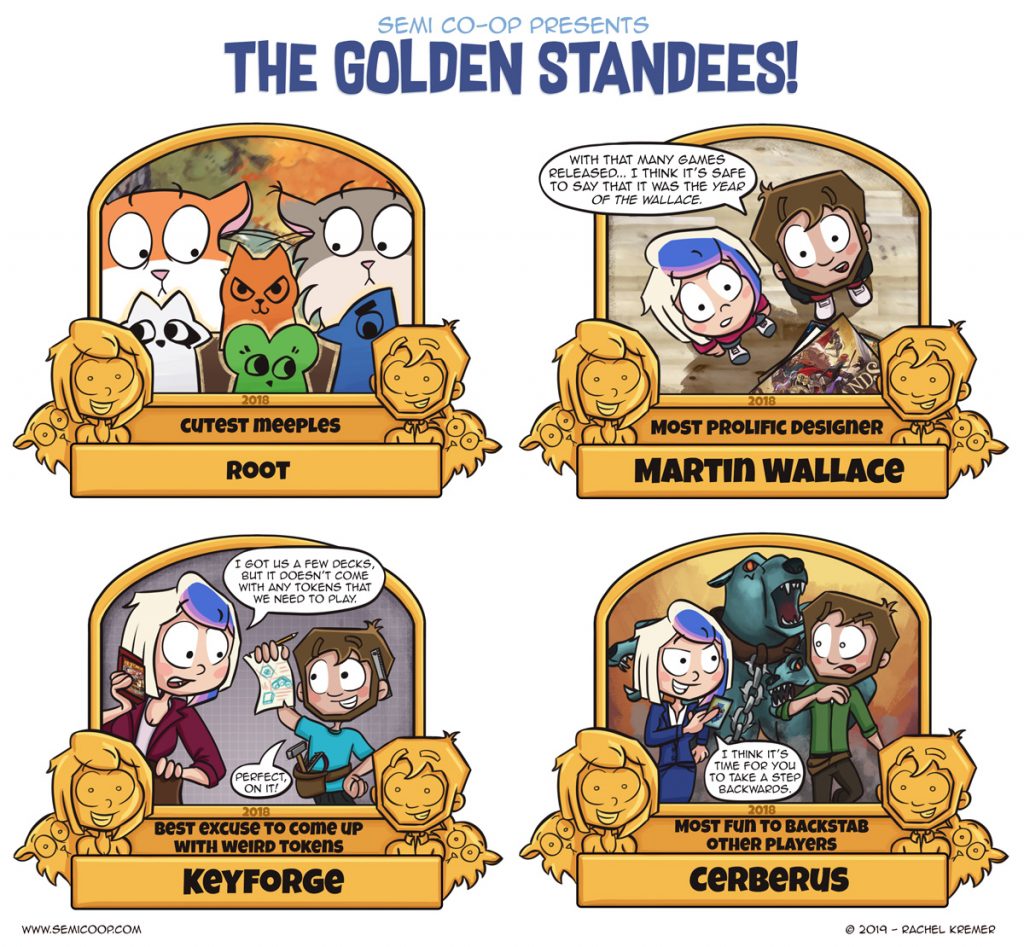