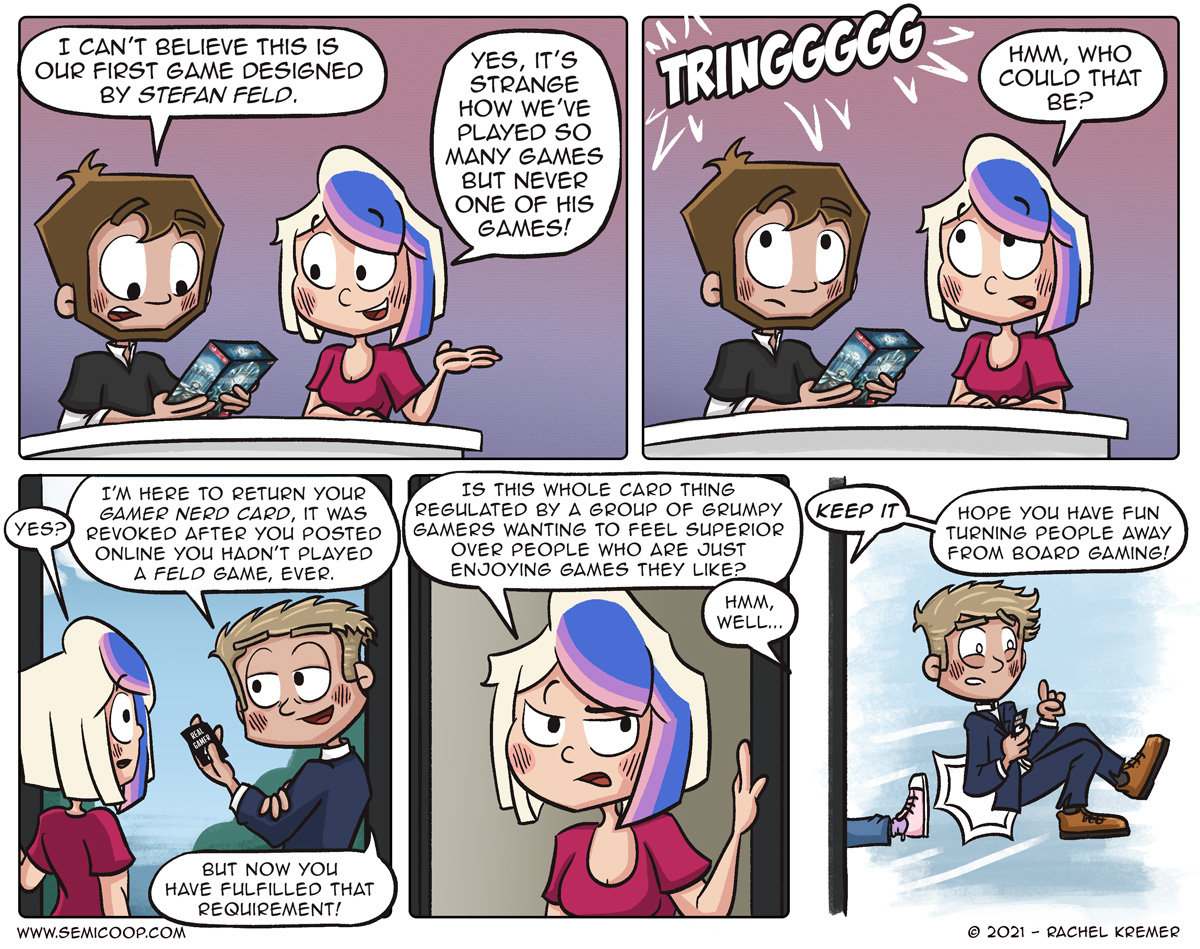 It’s very easy to feel like you’re not a real gamer and it’s such a shame! Recently we were reminded of this when listening to the Needy Cat Games’ podcast in which several great game designers said that they for a long time felt hesitant to say they were a “gamer” even though they described loving games and spending loads of time at game stores, playing games and seeking out other people to play more games with. Part of it is insecurity that we all feel but part of it are people that will say you’re not a board gamer until you’ve played X or Y.

Everybody’s situation is different, some people don’t have means or access to different board games, others have a hard time learning new rules and some can’t find people or time to play games. But that doesn’t make you less of a board gamer. As long as you are having fun spending time playing board games or even just watching videos or reading about them why not proclaim yourself a board gamer? Don’t let other people tell what you are or what you are not. Just be who you want to be and go explore and experience the joy of cardboard chits, plastic minis, and meeples at your own leisure and interests.

There are loads of genres, designers, and classic games that we don’t have any experience in and we know that some games we consider a classic are probably not considered good by loads of people. Board games are just a hobby and there is no reason to introduce all sorts of hierarchy and insecurities that prevent people from enjoying a spirited game of Monopoly or spend hundreds of dollars and hours on painting miniatures even if they only get to play a game a handful of times.

Speaking of enjoying games, this week we played our penultimate game of the War & Peace campaign of It’s a Wonderful Word. So far it has not been a game-changing experience but it did offer some fun twists to every game and it did give insight into the word of “It’s a Wonderful World”, something the base game lacks completely. It’s been a fun excuse to keep the game from week to week but if you are looking to expand on the game, we think the “Corruption and Ascension” expansion is a better one to get. The cards in that expansion are a little more extreme than the base game and by offering the cards as a separate stack you get a few cards from during the drafting phase, you always get a nice balance between the old and the new.

We also started a three-player campaign of The Crew, as it kept winning awards but the two-player version felt a bit lackluster for us. It was a bit of a struggle to “get” trick-taking games again, but we completed the first six scenarios so far and it’s already a lot more interesting! This week will probably play a few games of Mandala Stones, as Board & Dice just send us a copy, so keep an eye out on our Instagram if you want to see what we think about it. 🙂

What classic game, genre or designer have you not experienced yet?

I have never played an Uwe Rosenberg game. Gasp. the shock, i know. 🙂

How the 49ers and Chiefs reached Super Bowl 54

You are a gamer if you want to play games.

If you dont know about some game or designer, you are a gamer that is going to have a pleasant discovery in the future 🙂

I’m not much into wargames or 18xx games, and in part is due to that kind of gatekeeping. But I think I’ve found a nice group of people to actually get to know some of those genres better!

Gatekeepers are the worst. 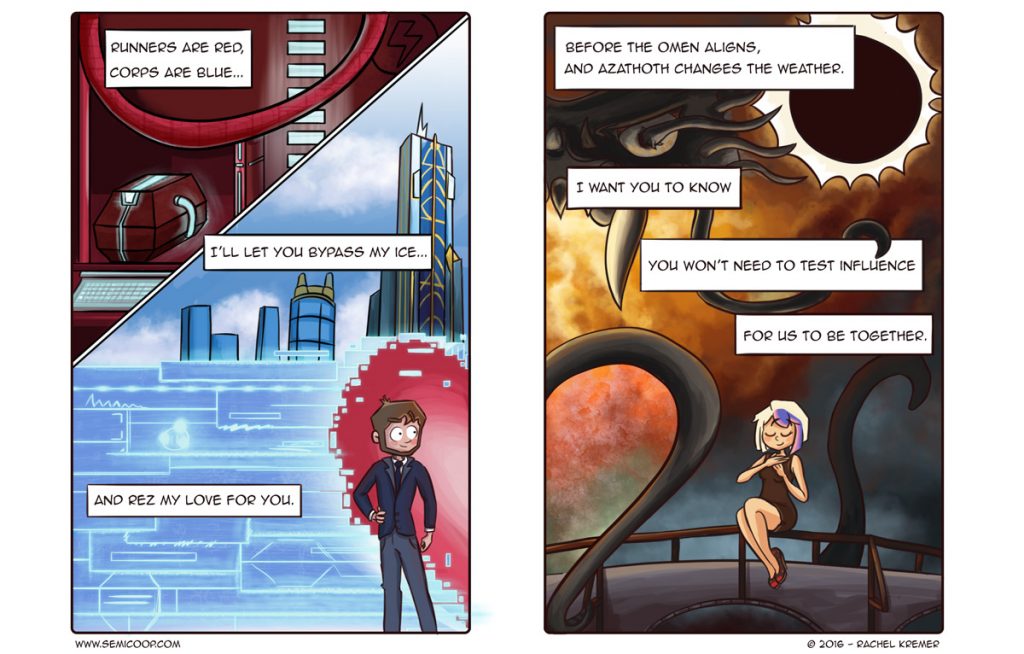