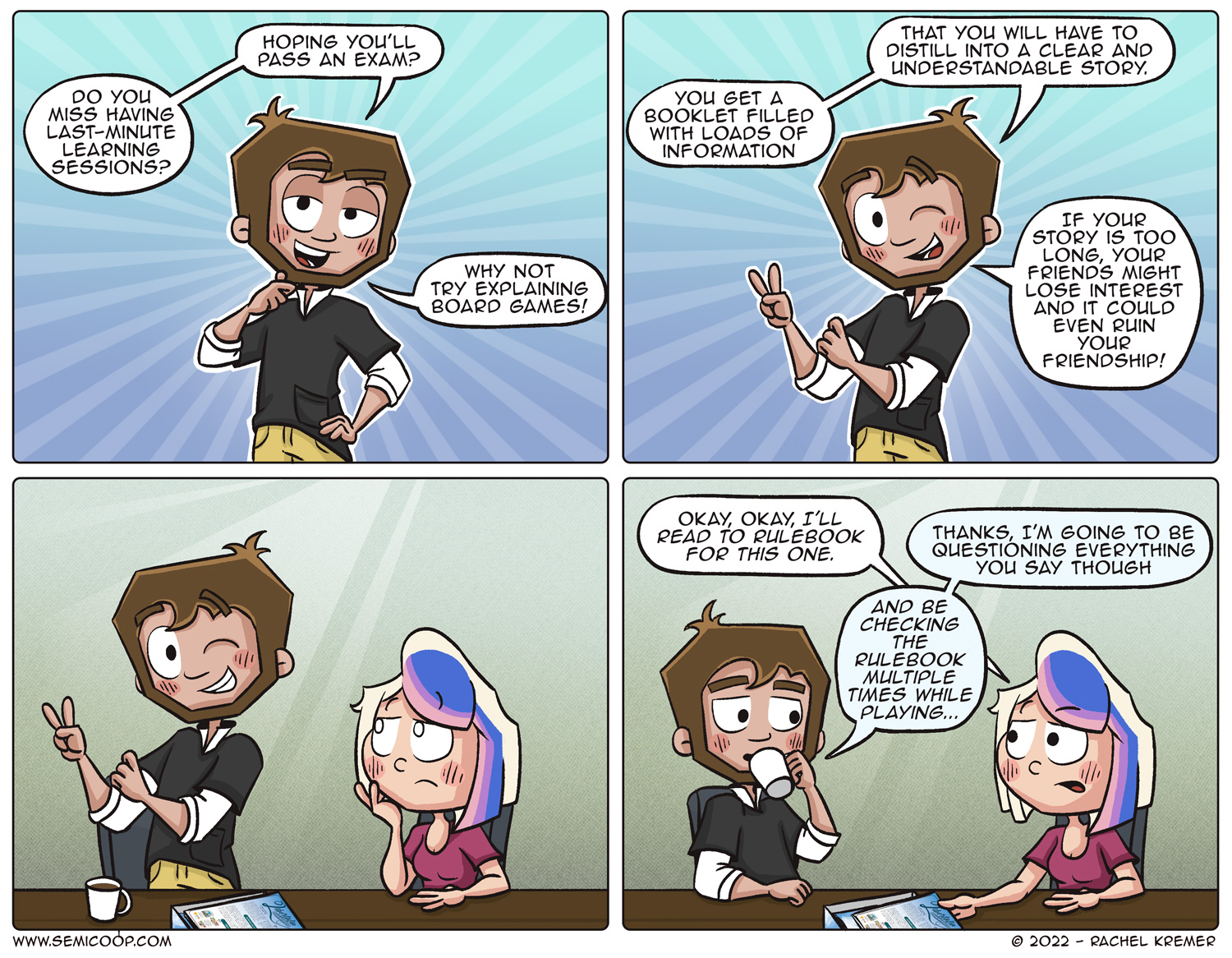 Teaching a new game to a group can be a tricky thing and definitely is something I’m not really good at. With Heinze being an actual teacher, it quickly falls on his shoulders and it is often underestimated that it does take some effort. If we’re all playing a really big new game, we often ask all the players to read the rules in advance or watch a video so everybody at least has a rough idea of the rules of a game. Going through the rules on the game day itself goes a lot quicker after that. 🙂

Speaking of rules, we really did receive a copy of Libertalia today and are very curious about this latest Stonemaier production! Hopefully, we get to play it sometime this week.

Last week, we’ve mostly played lighter games! With Brew being the most complex of them all. This game is a little gem and always fun to get to the table. We also introduced Picture Perfect to a friend and this was the first time playing it with more than two players. That really made the game a lot harder, which might make it better. It’s just a fine game if you’re looking for some silly deduction fun.

We also played another game of The King’s Dilemma and our game was a mess! … for the Kingdom. The players had a lot of fun with it. The highest and lowest score ever was reached during this game and some interesting turns were made in some of the storylines. Knowing that there will be a sequel, The Queen’s Dilemma this or next year, surely makes us very happy. 😀

We ended the week with a few games of Décorum and the game is now ramping up in difficulty and we need to step up our game. The first three scenarios did feel a little too easy, so we already expected a turn. We’re really curious how hard it’ll get.

What is your favorite game to teach?

I’ve quite enjoyed Mechs vs Minions’ learning curve. Its a quick tutorial mission with the most basic concepts, it then introduces new rules and options every mission, but keeps it bite-sized. It also helps that it’s a text-light game, which makes it more approachable for our non-English speaking players.

Spirit Island, despite being very complex, can be explained quite well during setup, as you can explain the components as you’re setting them up in a roughly sensible order.

That said, I somewhat recently learned that I’m not nearly as good at explaining games as I thought I was.