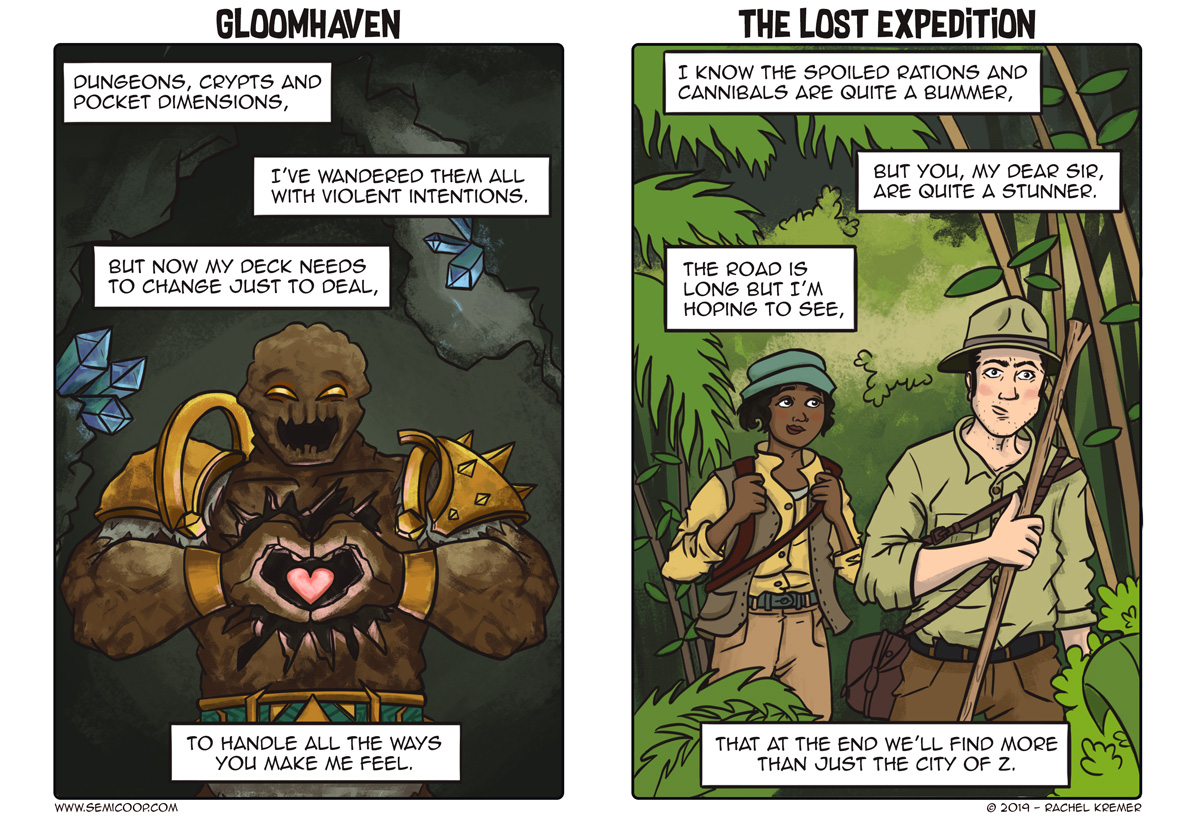 It’s almost Valentine! And any board game can be romantic… with a little rhyming skill as we’d like to show with this week’s comic! And who knew that Cragheart from Gloomhaven had a soft side to him? 😉 In 2016, we’ve published our first board game poems which were about Netrunner and Eldritch Horror.

Last Friday there was a board game night at our local bouldering hall! We had a blast and played thematic games like K2, The Climbers and other fun games like Sakura and Dinosaur Tea Party. People were enthusiastic about the game night and they’re thinking about doing this on a more regular basis! Yay! It’s so great to see people get enthusiastic over playing games and having a great time. 🙂

This game night made up for our lack of playing games this week because I was simply too busy with work. We did play a game of Arraial last night and this time we did not forget the 2-player rule to take out eight cards. Last time we played it, we were already wondering why the rounds took so long, whoops!

This week we’ll continue our Gloomhaven campaign and hopefully, Heinze and I manage to squeeze in some more board gaming time.

Share your board gaming poems with us in the comments!

In The Lost Expedition a team of researchers delve deep into the Amazon in search of El Dorado, the lost city. Manage your food, ammunition and your health wisely as you carefully work your way through the jungle that is full of perils. Will you reach the lost city before the dangerous Amazon overtakes you? Support us through affiliate links or visit and support your local game store! Amazon.com 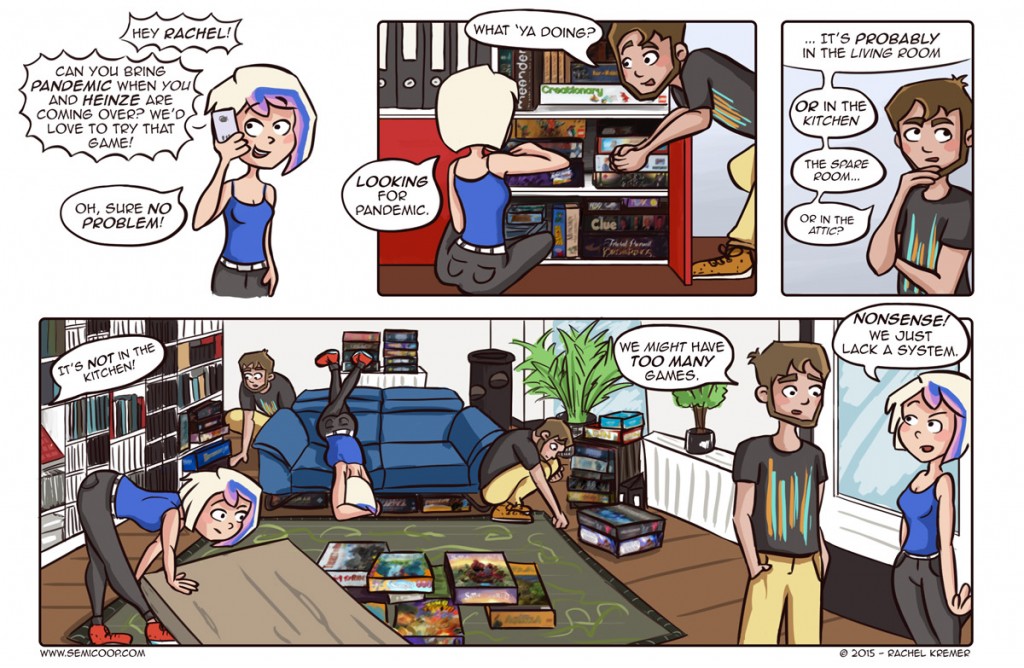