This weekend was the biggest online convention of the year – Gen Con! A lot of publishers, content creators, and friends of ours put a lot of work into it and there was so much to do and see. We remember last year at Spiel a lot of people saying we should go to GenCon but we’re pretty sure this wasn’t what they meant nine months ago. 😉

There was a lot going on online, publishers were showing off their new games, people were playing those (and other) new games using Tabletopia, people recreated the GenCon location in Minecraft, This Game is Broken had a live quiz and there were a ton of really fun other panels we’ve seen. We’re decided to create a little something about all those streams we’ve seen so keep an eye out on our social media for that!

Even though GenCon was going on, there was also GenCan’t! This yearly event has some fun smaller contests, activities for people not able to go to GenCon like a miniature painting contest in which Heinze participated! He painted the Shadow Paladin from the Vast expansion based on the art style of Kyle Ferrin and I think he did an amazing job! It looks terrific. I myself couldn’t participate in the contest because I still had some work to finish before I can take some time off the coming weeks.

Time off also means some time off from Semi Co-op so, like every year, I won’t be making any weekly comics the rest of August, BUT, like previous years, we have a lovely lineup of guest artists that will take the stage! We’re really excited to share their work with you these coming weeks. 🙂

What was your favorite part of GenCon this year? 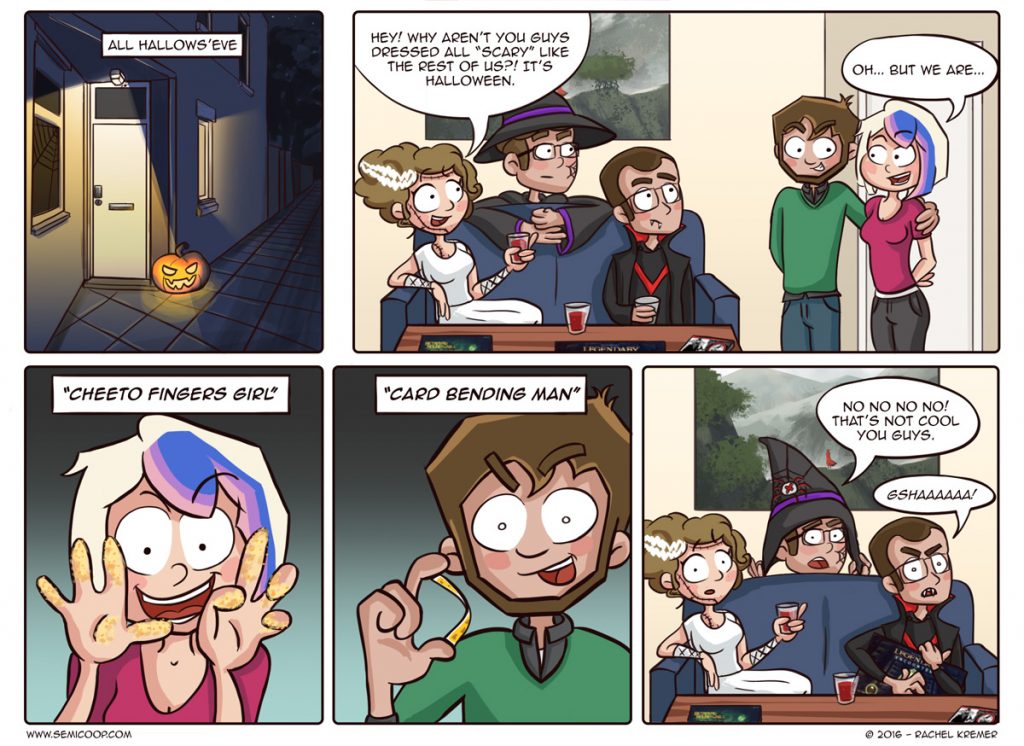