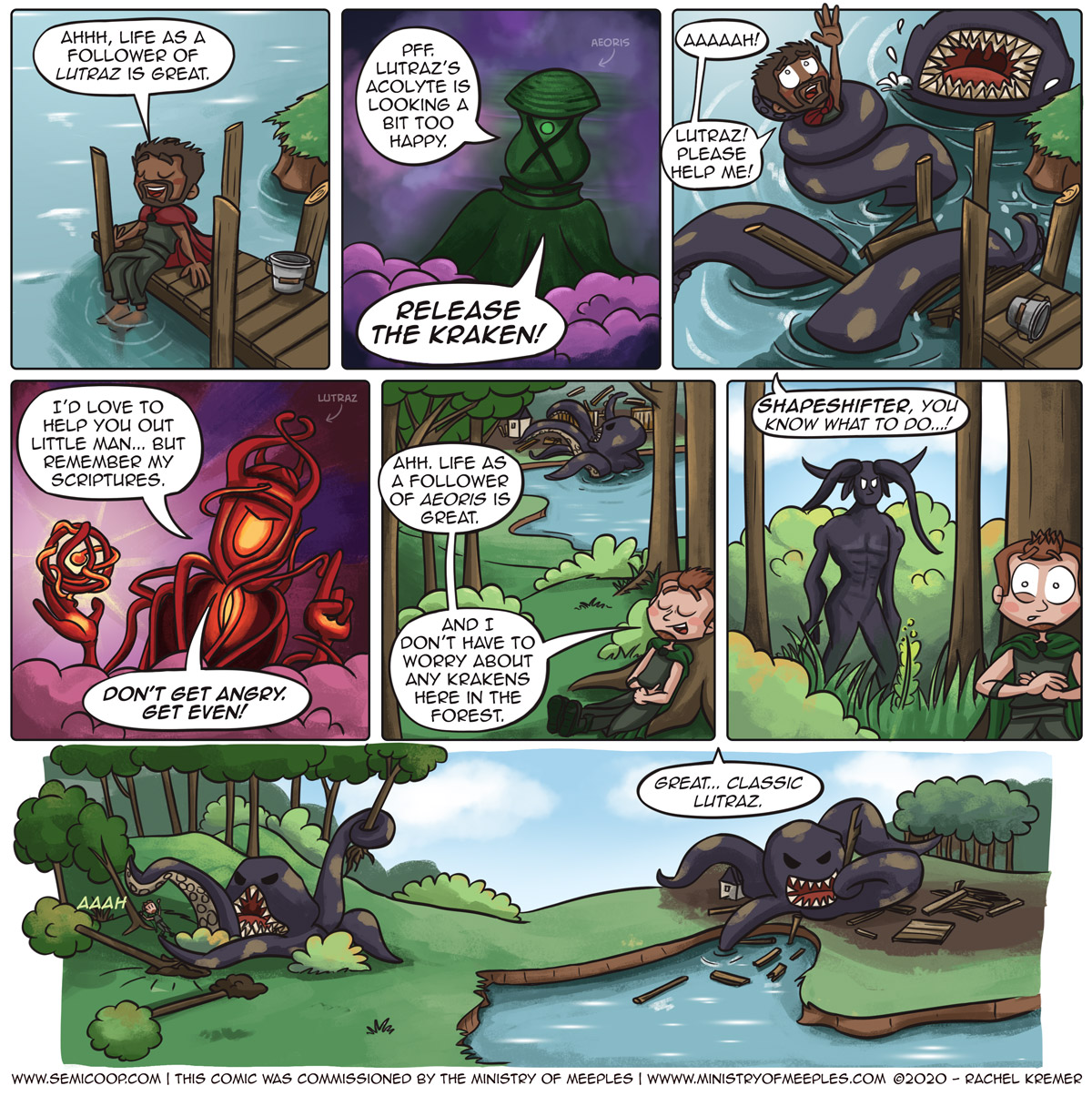 Hello from the Ministry of Meeples!

We have been massive fans of Semi Co-op’s work for a long time, and so we were thrilled when Rachel and Heinze agreed to put together a comic for our upcoming game Theurgy.

Theurgy is an area control strategy game in which 2-6 players take on the role of half-forgotten gods and compete to have temples built in their honour. Holy pilgrimages are undertaken, incredible miracles performed, and monsters summoned in a fierce contest for recognition and reverence.

The core mechanics are streamlined and intuitive. On their turn, a player simply chooses from one of four actions: Pilgrimage, Spread the Word, Divine Intervention, and Test the Faith. These actions will help you to build and position your following, spread your influence, ward of scepticism, and ultimately build the temples you need to meet one of the three winning conditions.  Players must choose their actions carefully, however, as you are prevented from performing the same action on successive turns.

The game is live on Kickstarter now, so if it sounds like your cup of tea then please do check it out here:
https://www.kickstarter.com/projects/ministryofmeeples/theurgy?ref=90l5u8&token=064c971c

Theurgy has been our first Kickstarter project and we’ve had an absolute blast – working with Semi Co-op has been the icing on the cake.

In Theurgy, 2-6 players take on the role of half-forgotten gods and compete to have temples built in their honour. Incredible miracles are performed, fantastical beasts are summoned, and holy pilgrimages are undertaken in a fierce contest for recognition and reverence. -- Click here for more information on the game!