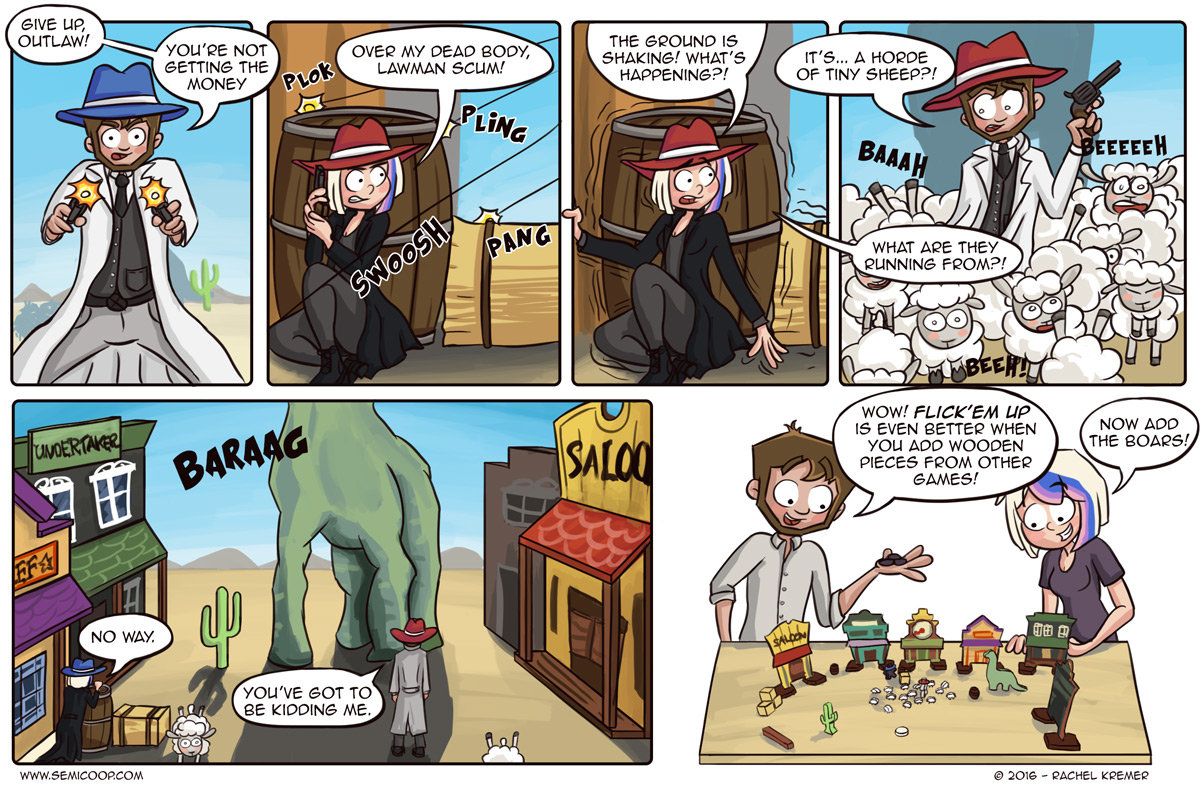 Ahh, we really like Flick ’em Up, especially because the game kind of encourages you to build your own world to fight the battle between the outlaws and the lawmen. We thought we’d add another element: other wooden pieces! 😉 For those unfamiliar with Flick ’em Up and noticed that the hat color of our characters seem to change: correct! After a player finished all the actions of a lawman/outlaw, you flip the hat and that changes the color of the hat. Subtle details! And yes, the title of this comic is a hint to our colleagues Tiny Wooden Pieces!

Personally I’m also very excited about the new game of Pretzel Games: Junk Art. It just seems like a lot of silly fun. I love stacking things (like dice), so why not an entire game that focuses on stacking things?

In other news: We finished our Imperial Assault campaign! And I’m glad to say, after a lot of losses on my side, that myself, the Imperial Player, have defeated the Rebels in the final scenario! It was a lot of fun and we’re looking forward to the smaller campaign The Bespin Gambit. But first we’re taking a break and will play some other games that have been laying around for a while.

What board games have awesome wooden game pieces?

Up until now, we have only tried to use plastic miniatures exchanged between games (e.g. monsters from Claustrophobia for Eldritch Horror games), and not wooden figures. But the dinosaur is actually a great idea!

‘Samarkand’ has over 100 wooden camels, in 10 different colours 🙂

I like the idea of adding Zombie Grandma to your game.

Lots of colorful meeples and camels in Five Tribes!

Thanks for the name shout out, guys! Love the comic. We actually just bought Flick ’em Up ourselves last week, and might be working on a comic about it right now. oops…
Our won’t have adorable sheep in it though, but after reading this we will 100% be looking to add some ridiculous meeples/animals/whatever we have lying around to our own games of Flick ’em Up. I know we have plenty of Camels from Camel Up, anyway. There were totally camels in the Wild West, right?

In this game, players will create their own species and with it a dynamic ecosystem. Will you be a herbivore, looking out for plants to eat or a carnivore, luring out for other smaller species around? Whatever your choice is: it will influence the balance of the build up world! Defend your species with hard shells or spikes or give them long necks so they can reach for food in the highest trees. Support us through (affiliate) links or visit your local game store! Amazon.com Comicasa (Dutch)

Yeehaa! A game set in the Wild West that'll give you trigger happy fingers. In this dexterity game you have shoot at targets by flicking disks around the table at other people's meeples. A fun game for all ages! You can dual, play out the scenarios or just make up your own stories. Everything is possible in this beautifully crafted wooden game. Support us through affiliate links or visit your local game store: Amazon.com Bol.com (Dutch) 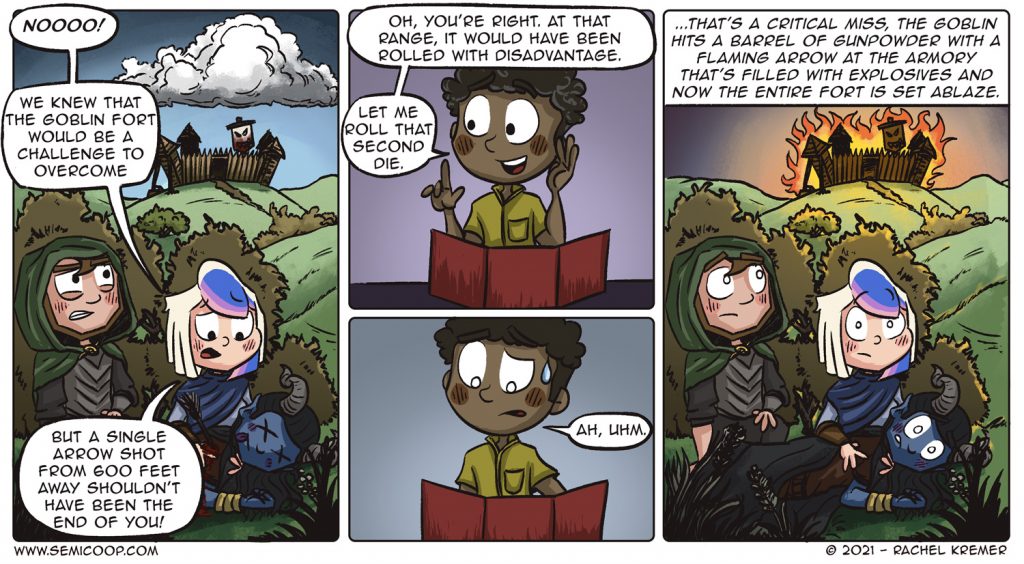