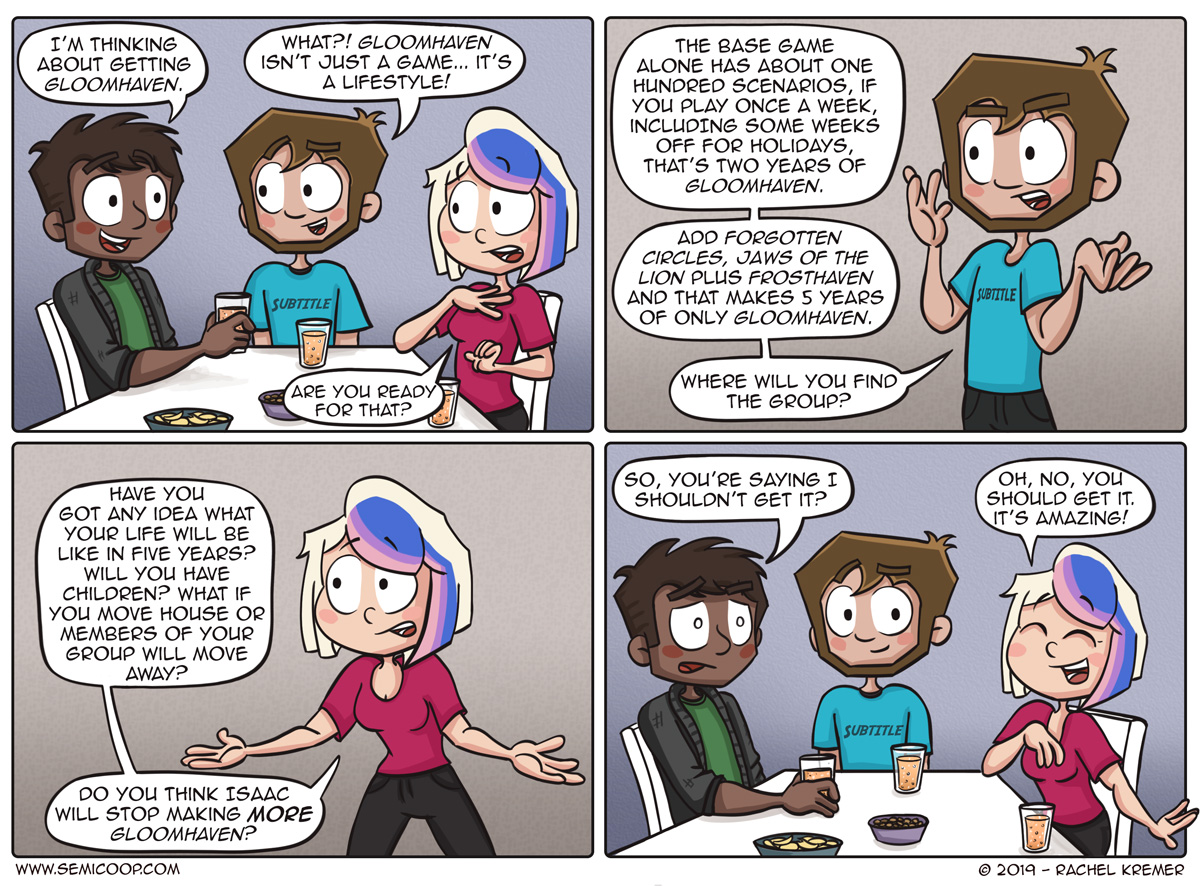 So, the next Gloomhaven has been announced… Frosthaven! We’re not even near finishing Gloomhaven with around 30 plays and thus I always wonder who the people are who actually manage to finish such a gigantic game! We haven’t even considered getting the expansion for Gloomhaven because it’ll probably take us another year or two to finish just Gloomhaven. Nonetheless, it’s cool that there will be more Gloomhaven for the fans and that the game is such a big success! But we’ll not touch Frosthaven before finishing Gloomhaven. 😉

These last weeks of the year are crazy, and so there’s little time for me to play games. Tuesday was Heinze’s birthday and some colleagues came over to play some games and we played Mental Blocks, Head Hackers and Paranormal Detectives. This is quite a popular combination of games if we’re with a bigger group! Some co-operative puzzling, silly word game and an even sillier detective game. Other than that we only managed to play a game of Parks and London last week.

Being busy with work does mean that there are some really awesome cool Semi Co-op things on the horizon that I can’t talk about yet, but Heinze and I are both really excited about it and we’re looking forward to telling you about some really cool collaborations!

Do tabletop RPGs count? If so, we had a Rolemaster campaign that lasted for years.
For boardgames, I’ve not played any campaign games, but we played through all of the scenarios of Arkham Horror (3ed) and the recent expansion which kind of felt like a campaign, that took us around 9 months I think. I plan to pick up Clank: Legacy in the new year as my first ever legacy game…

Wrote it out during a summer and then brought it to the table taking the characters from level 1 to level 30 and then seven game sessions more where they wielded the growing power of a slain Goddess as a new advancement mechanic. It was fun and enormous and something I’ll never do again. Just keeping track of the many plot- and storylines took a lot of bookkeeping.

My RPG-camapign (Rolemaster, wooooord!) started in summer 2005 and is still running!

Just wanted to say that for the last 6 months we’ve been playing Gloomhaven: Jaws of the Lion, and this week we’ve started playing the ‘Big’ Gloomhaven, and I keep referring people to this comic to show them what it’s like. 😀