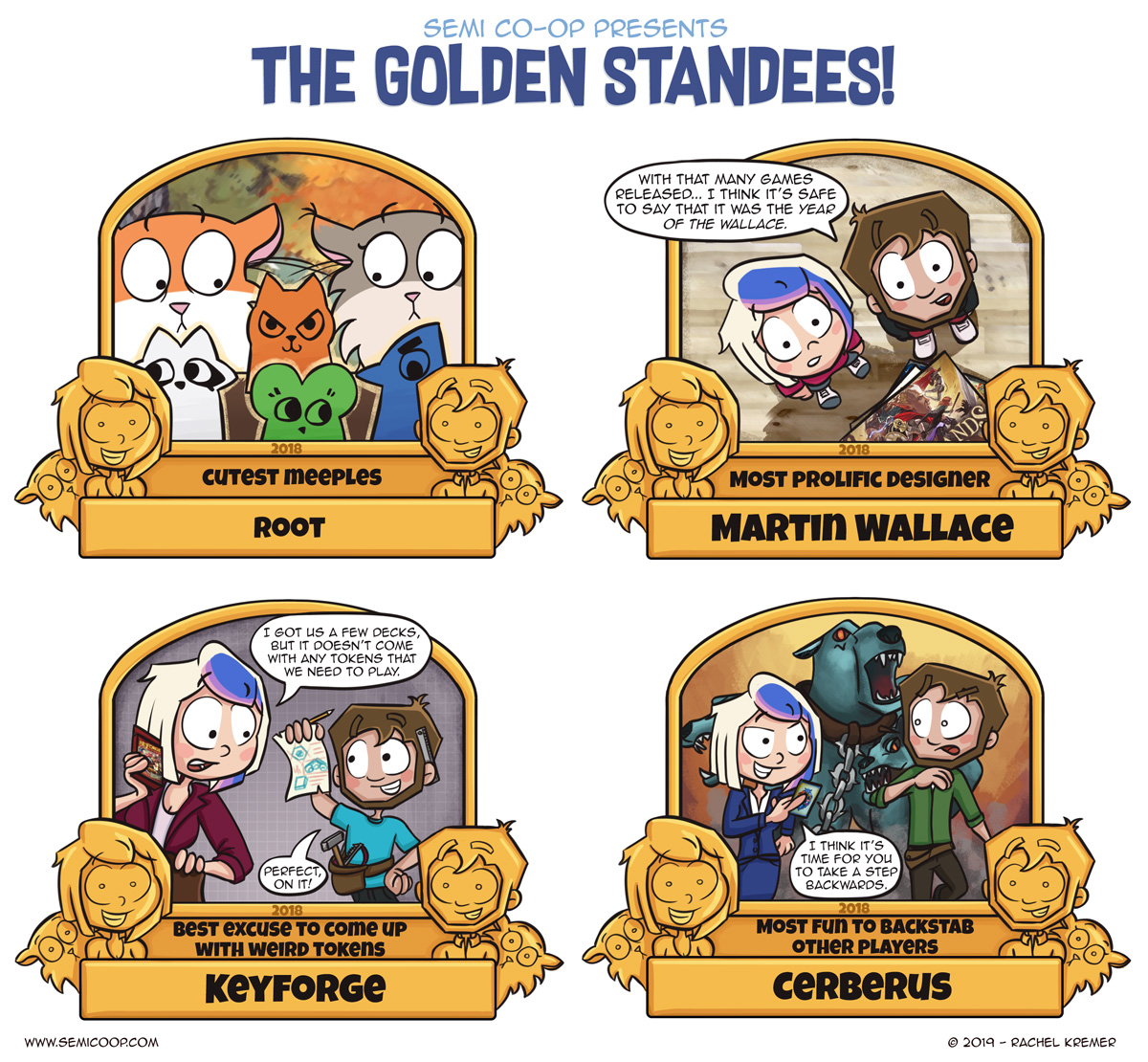 And we present part two of the Golden Standees!

It’s very handy to be able to think of your own awards and we used this power to also award Root with a Golden Standee for its meeples! Not the best, but the cutest meeples! 😀 Potatoes, potatoes, we just wanted to award both games. 😉
Cerebus turns out to be a little more under the radar than we thought and isn’t for sale yet. It’s a game we picked up at Essen and we think it’s a really fun semi co-operative game. Granted, none of the people we play games with, hold a grudge when you push them in front of Cerberus in the last moments of the game as you’re running towards the boat. In the end, it’s a game and nothing personal.
Heinze is always looking forward to being creative with laser cutters or 3D printers, so it’s perfect you can just buy & play the single Keyforge decks – a perfect excuse for him to get crafty!
And then there’s the final award for Martin Wallace. A name we’ve been seeing a lot on big titles lately. We think that’s an achievement that certainly deserves a reward.

The holiday season is definitely over and that’s a shame. Although I had hardly any time off due to work, between the family visits, Heinze and I tried to play a lot of board games and we did! We even played Great Western Trail, twice! This game has been sitting on our shelve for a very long time and we even called it our Great Western Fail. With us being the fail-factor because the game truly is really great and not even as complicated as I thought.

Last week, we also played Rhino Hero: Super Battle, Dragon Castle, Mysterium, Unlock: The Elite (a mini-scenario), Nemeton, Lost Cities, Gloomhaven and we finished our Near and Far campaign! Great times and so many different games – I love it!

What Golden standee should we award in 2019?