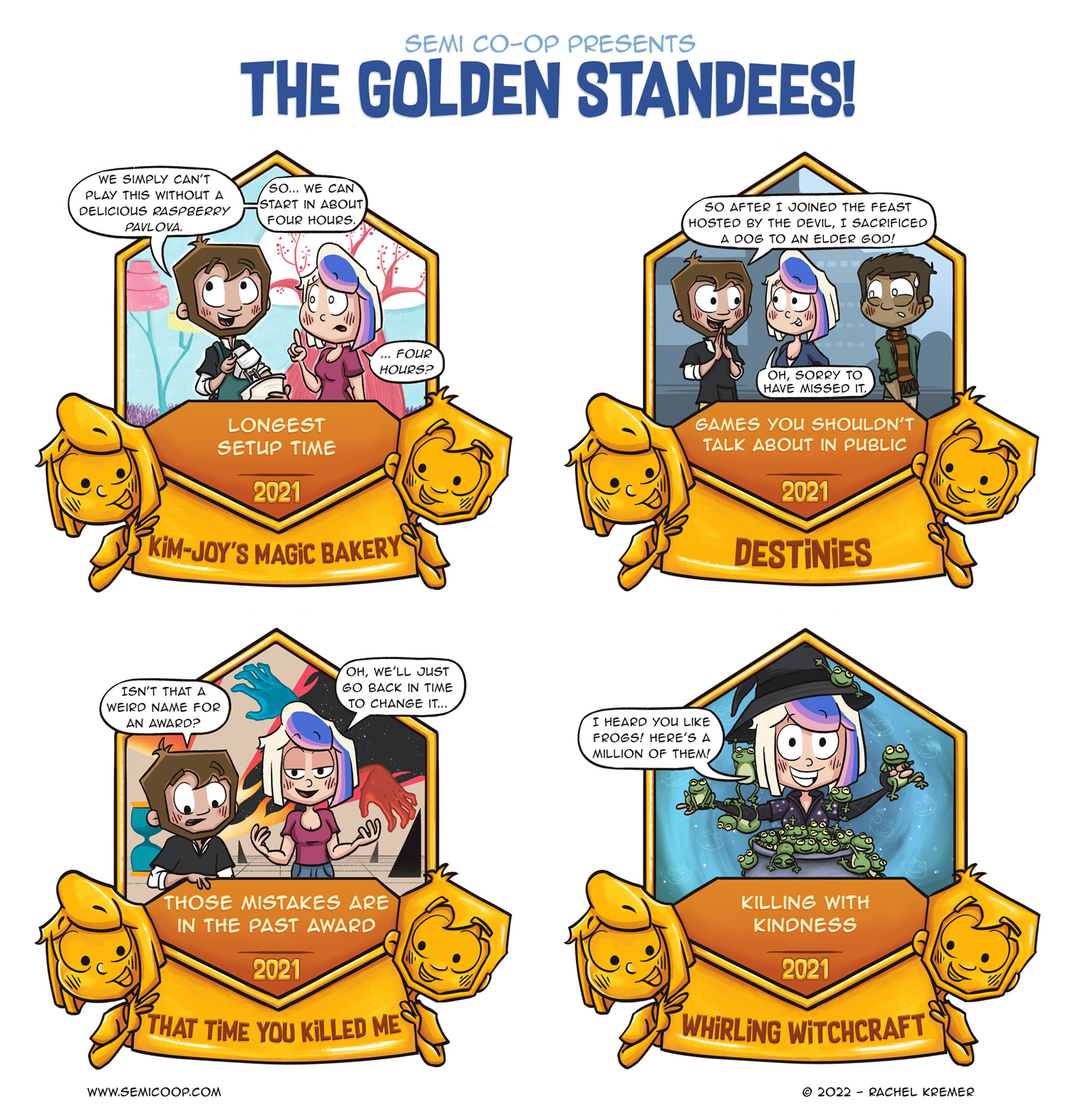 First of all, we’d like to thank all of you for all the kind words in response to us losing our dear Starbuck last week. Honestly, it warmed our hearts. We’ve decided to keep her memory alive in our comics, so she won’t be gone completely.

And once again it’s time for the super-serious Semi Co-op awards, the Golden Standees!

This year’s winners are:

Congratulations to the winners!

What game(s) do you think deserves an award?

Unless you’re counting time to shop for ingredients, the setup time for Kim Joy’s Magic Bakery should only be two hours, at most. 1 1/2 to make the pavlova, and 1/2 hour to savor it before playing the game. 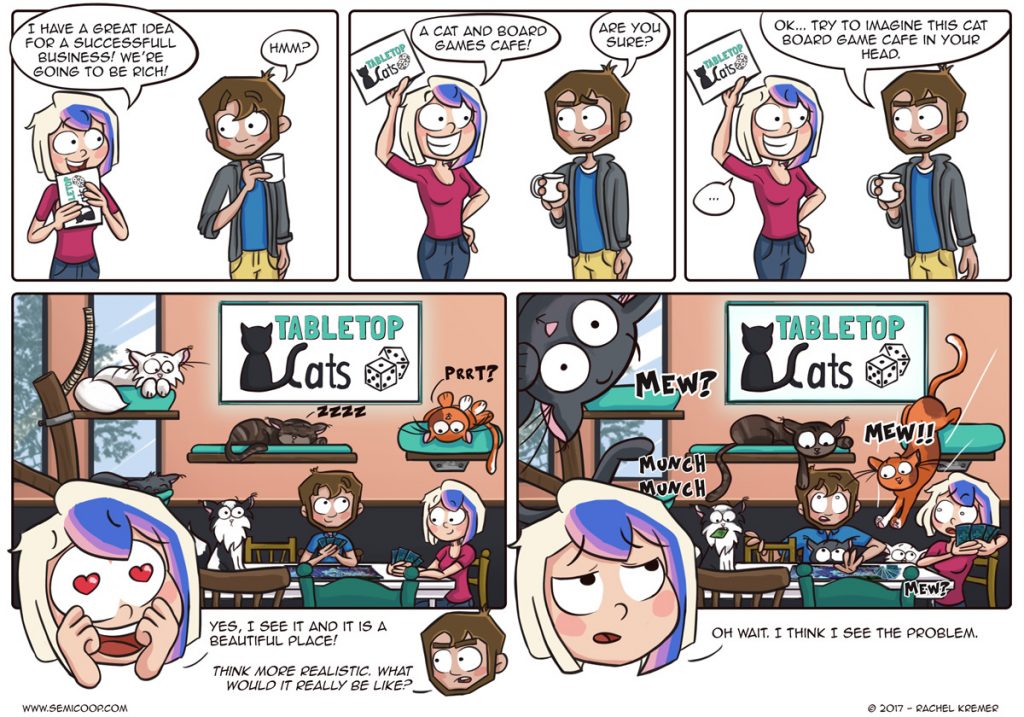