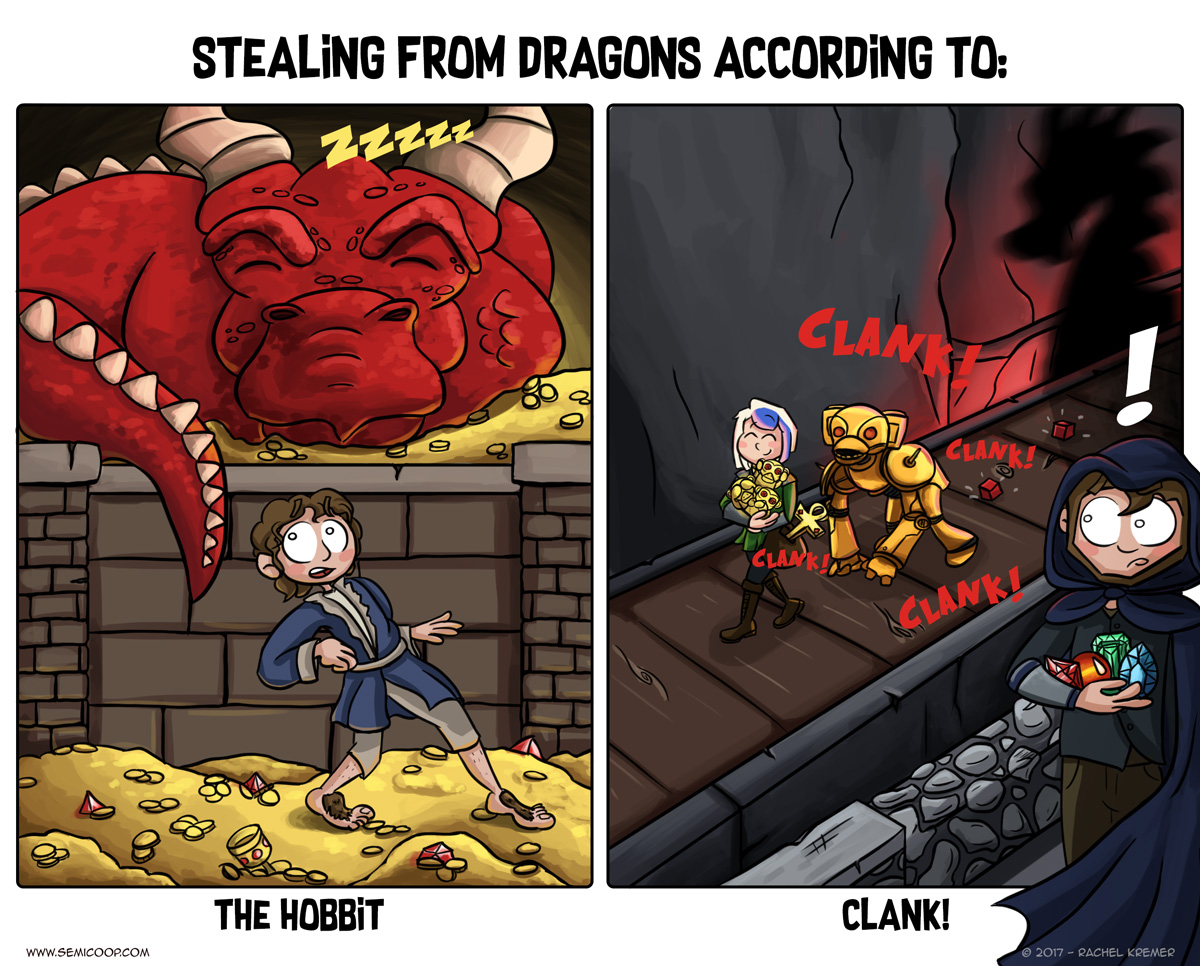 The previous comic that included the game Clank!, wasn’t really about the game itself but since we like Clank! a lot, we thought it was time to make a comic about the game that showed more than just the title. Although in a way, this comic is still about its title of course. Ugh, such an ingenious name. 😉

In Clank! you can try to be a stealthy thief (and often that’s probably the wiser thing to do) but when you are presented with the option to buy for example the Monkey Bot 3000 … I know of no or little players who can resist it and they would take the extra noise for granted. Who doesn’t want to walk around with a big golden monkey in a dragon’s lair? 😀

Essen Spiel is getting closer and I’m having a lot of fun with the preparations! We’re thinking about printing some fun things for us to hand out to other visitors. Oh and if any of you will be at Essen this year, let us know – maybe we can meet up! We will probably be there on Thursday and Saturday.

What’s your favorite game in which you play a burglar?

will go te essen. finding someone there can be a bear… so if you put down a location and a time probebly better.

You’re so awesome! We love your Comics!! Please stop by our booth and say hi! 2-D148

As a certified librarian I cannot miss Ex Libris so we’ll be there!

Similar to a Forbidden Island/Desert, tiles are placed out for a modular board, where each tile is a different room with different opportunities and traps. All the while, the guard meeple is pursuing you and your fellow burglars as you try to get the loot and get out.

Plus, there are three floors and when you buy the optional tower, you can stack these three levels of grid tiles that make up the building for an awesome 3D table presence.

I’ve played three times and each time got closer and closer to making it to the top level and making the getaway on the chopper … but no victory yet. Which I love in a co-op game, that feeling of, “I’ll get you next time … ” 🙂

I made a video of a board game cabin weekend I had with friends a while back and you can see Burgle Bros. in its glory at around the 3:20 mark: https://www.youtube.com/watch?v=NOaCx1J0fcs

Oh I love Clank! Haven’t played many other burglar games, so it’s easily my favourite. I do wonder if I’d prefer Clank! In! Space! though. Would love to hear your thoughts on it if you get a chance to play it.

Also wish my wife enjoyed Clank! as much as me, but getting eliminated/knocked out in the depths and losing all her points on our second play-through left a sour taste in her mouth. :'(

In Clank! players play burglars that try to delve deep into an angry dragon's mountain. The deeper they go, the more valuable the loot gets. But each careless sound draws the attention of the dragon and each artifact stolen enrages him even more. Will you be the one who manages to escape the deep with more riches than the other players? Support us through affiliate links or visit and support your local game store! Amazon.com 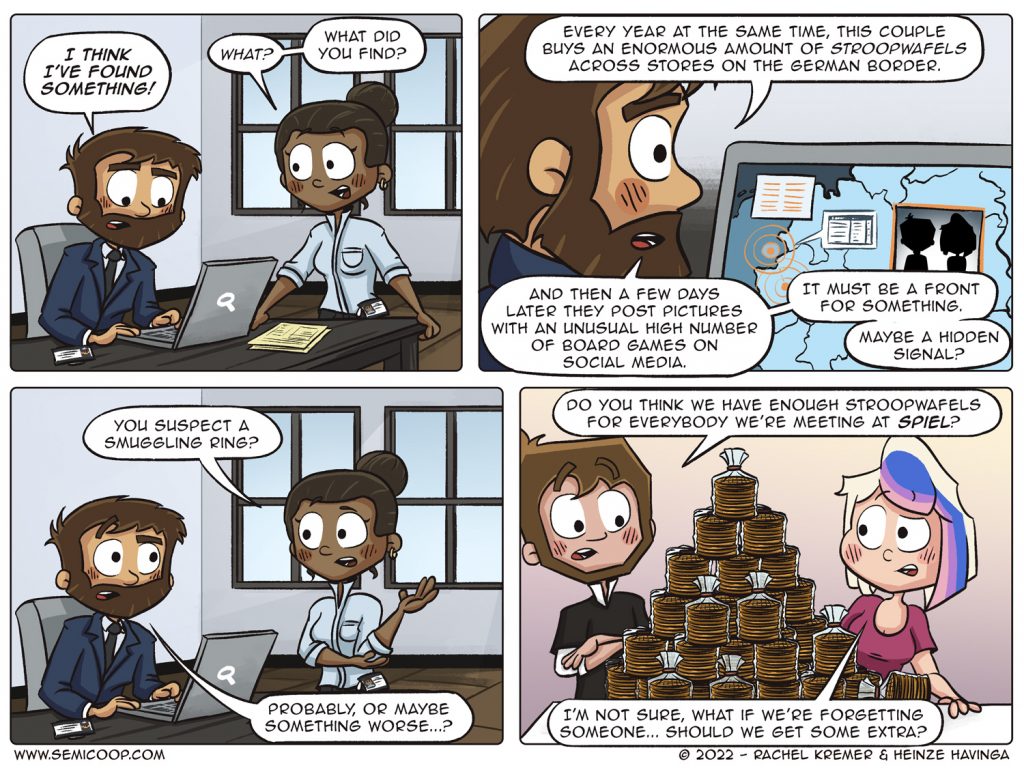