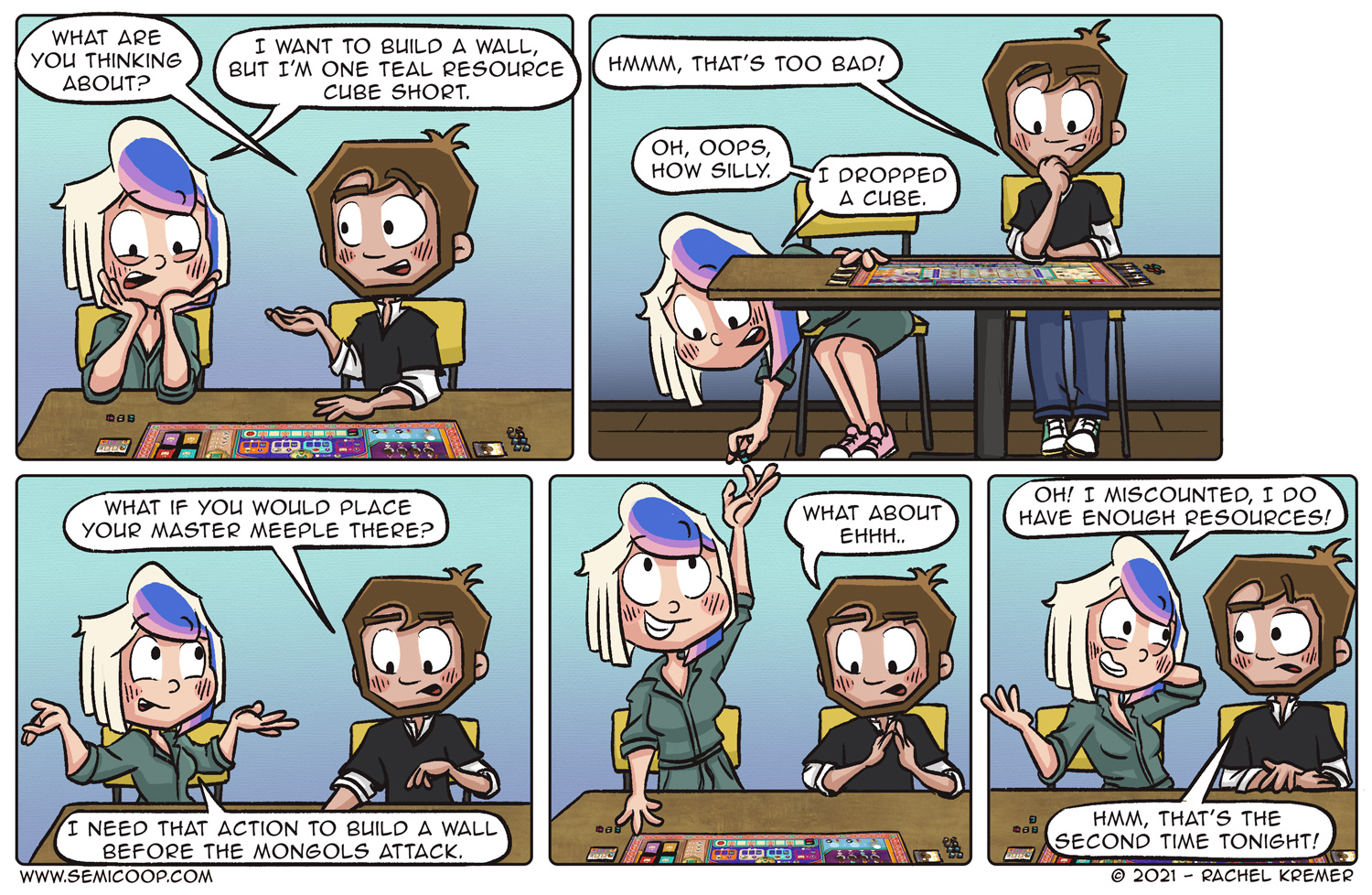 We never cheat on purpose but we do sometimes realize later we made an error. We’ve never caught anybody cheating during our games but we have heard “Oh, I seem to have miscounted my resources” which is always is a bit suspicious.😏

Since our main goal, while playing games, is having a good time with friends and enjoying the game… we don’t care about winning and we don’t think somebody at the table wants to win bad enough to cheat. We have seen some crazy cheating in the world of tournament play, with cheating at the Ticket to Ride World Championship and Pro-level Magic has had enough cheater to make list articles out of them! I think we can all agree though that Rachel’s form of cheating here is probably not something you’ll see anywhere in real life. 😉

But enough of people ruining the games just to win, let’s talk about fun games! In case you missed it, we did a fun comic for Sinister Fish games for the Villagers expansion. We learned about Villagers last year during Spiel when Peer Sylvester showed us the game on Tabletopia and we ordered the game the next day. Since then we got in contact with Sinister Fish and we even got to play the Shifting Seasons expansion on the AwSHUX live stream, so Villagers has been a fun little ongoing thing this year that always puts us in a good mood. 🙂

Another thing that puts us in a good mood was beating the headless horseman in Gloomhaven! We put together a pretty good mix of abilities like retaliate to make him suffer so it seems we’re finally in a place with our current party that we know each other’s strengths and weaknesses to create good game plans. As it seems we’re coming to the end of an act in the overall storyline we’re curious to see how the game will change in the next, and probably final(?) act.

We’re not sure what we’re playing next week, we’ve been waiting for Sleeping Gods to hit retail again, but its delivery has been delayed several times. We’re also going to do a draft of the new Forgotten Realms Magic set with some friends but we’re not sure when that’s happening. So we’ll probably just enjoy one of our current favorites, since MicroMacro and Paleo won the Spiel des Jahres and Kennerspiel we’ll probably include those. 🙂

Have you ever caught somebody cheating at a game?

I used to love playing Warhammer and the like but have since given it up unless I know the person personally due to the amount of cheating that goes on. It’s sad that they feel they have to win the game or it’s not worth playing. 🙁

Merv: The Heart of the Silk Road

In this tense economic game, players are trying to gain power and wealth in the prosperous heart of the Silk Road. Gain influence at court, donate to the grand mosque, and make favorable deals and don't forget to defend the city, because the Mongol hordes are approaching and they will destroy everything that is unprotected. | To learn more about this game, check out: BoardGameGeek.com 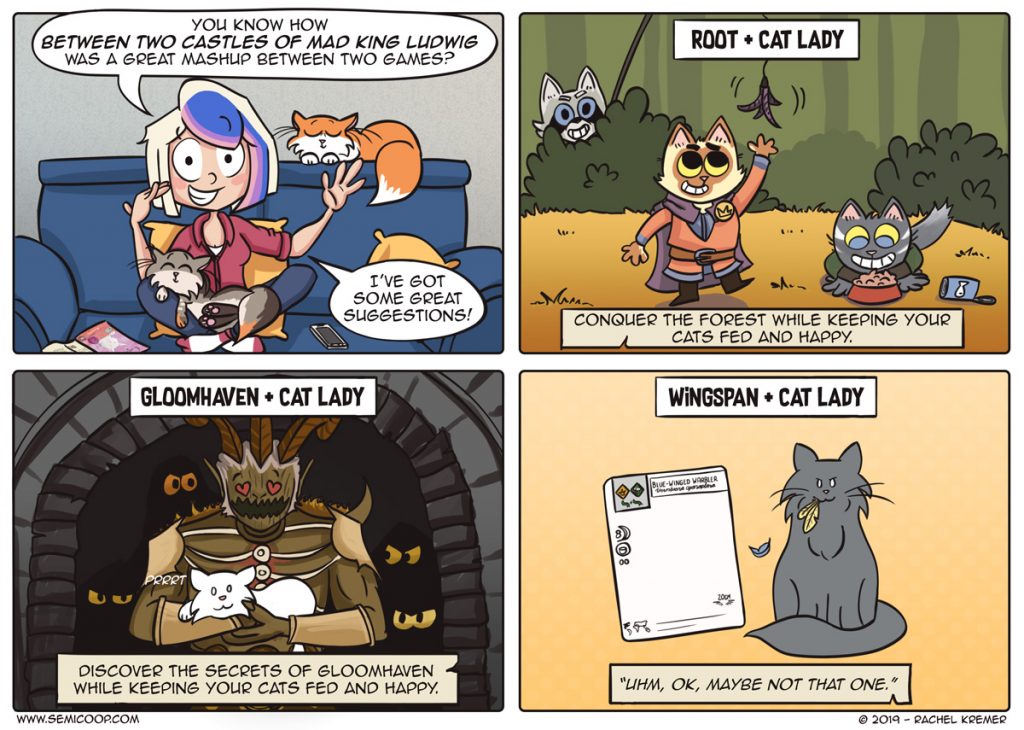